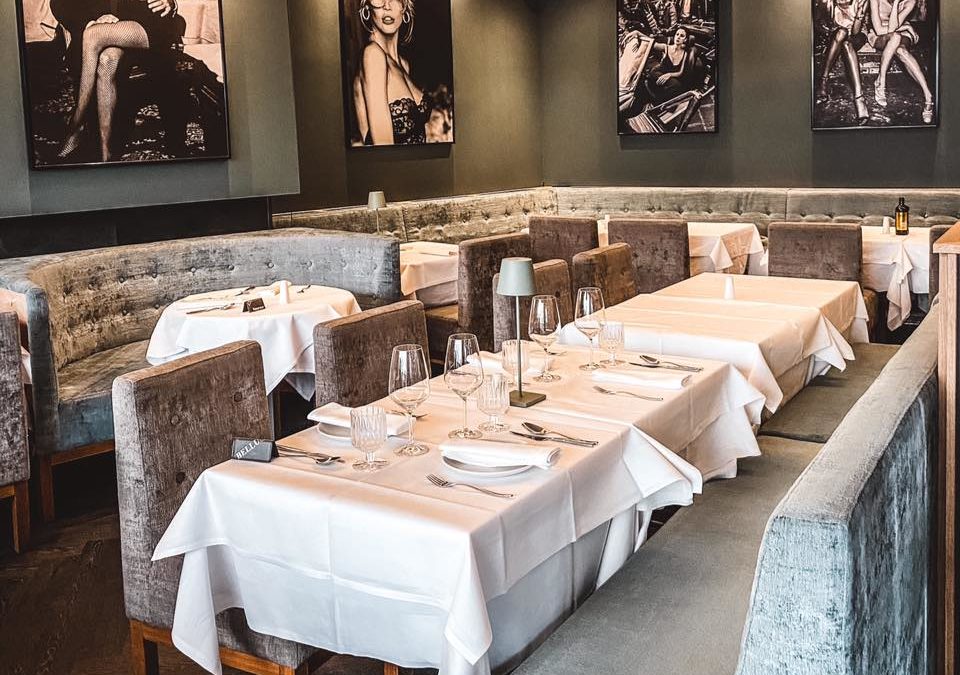 Right in Charlottenburg heart, one of the most famous restaurants of Berlin

Awarded in 2018 as one of the 70 best restaurants and pizzerias out of the “Belpaese” by the prestigious Ristorazione Italiana Magazine, it has been one of the most popular places in Berlin for years. The B.Z. journal and the Top 10 Berlin Blog didn’t hesitated confirming; It’s Bellucci, which even if it is situated in Brandenburgische Str.35 on the corner with Kurfürstendamm, one of the most central and famous location of west Berlin, is able to keep its offer always at a modest price.

Read this article in Italian. Belllucci offer doesn’t have a real regional connotation, as the two cooks alternating in the kitchen are respectively from Sicily and Lombardy regions; it starts with a tomato soup (pappa) from Tuscany , saltimbocca alla romana to follow and the classic tortelloni filled with spinach and ricotta from Emilia as an end. Their starters are a must: Bufala mozzarella and champignons, beef carpaccio with shaved parmesan and arugula, “vitello tonnato” (veal meet topped with a tuna, caper cream), salmon tartar with avocato and teriyaki sauce, grilled squid with zucchini (we would suggest you to try them all in the Bellucci mixed starters), and then their original and always fresh first and second courses. At Bellucci the truffle is the guest of honor

The great quality of the piemontese truffle and the accuracy with which is associated to some tagliolini mixed directly into the parson wheel (you can see it in the video we uploaded here) are what really remain stuck in everyone’s mind. However, the squid ink linguine, champagne and shrimps risotto, pike-perk, sea bream filet and their lamp chops make this restaurant in some ways unique in Berlin. Their premium scampi, prawns, squids and black Angus (beef filet) are only in addition to that all. We have managed to taste in small portions all their dishes, and we must say that we have ended up being more than satisfied with everything, desserts included. Little hint: the chocolate soufflé served with a scoop of ice cream is the perfect ending for anyone who wants to leave the table with an everlasting taste of the night. The face behind Bellucci is Adriano, originally from Tetovo (Macedonia) who has lived for a long time in Italy, especially in Rome, where he also took a professional cooking course. “I started the same course here in Berlin but I wasn’t satisfied with it, it was too easy and not enough inspiring. For that reason I moved to Rome and started looking for something similar there, where I could find higher standards courses. After living in different European cities, I stopped almost by chance in Berlin: I came here as a tourist in 2001, and I meant to stay here only three weeks but when a friend of mine with a bar in Kreuzberg asked me to take it up, I decided to accept and moved here. I have opened different activities since then: Nardini was my first in 2004, it followed then Visconti in 2006, and right after Bellucci, which opened in 2010. Why “Bellucci”? In honor of Monica Bellucci, of course! I met her once, while I was working in a restaurant in Nice, where she used to go regularly, and she always asked for me, as I speak italian, and she felt at home with me.”

Opening times: everyday from 11 to midnight