The “aperitivo” a world famous cocktail made in Italy 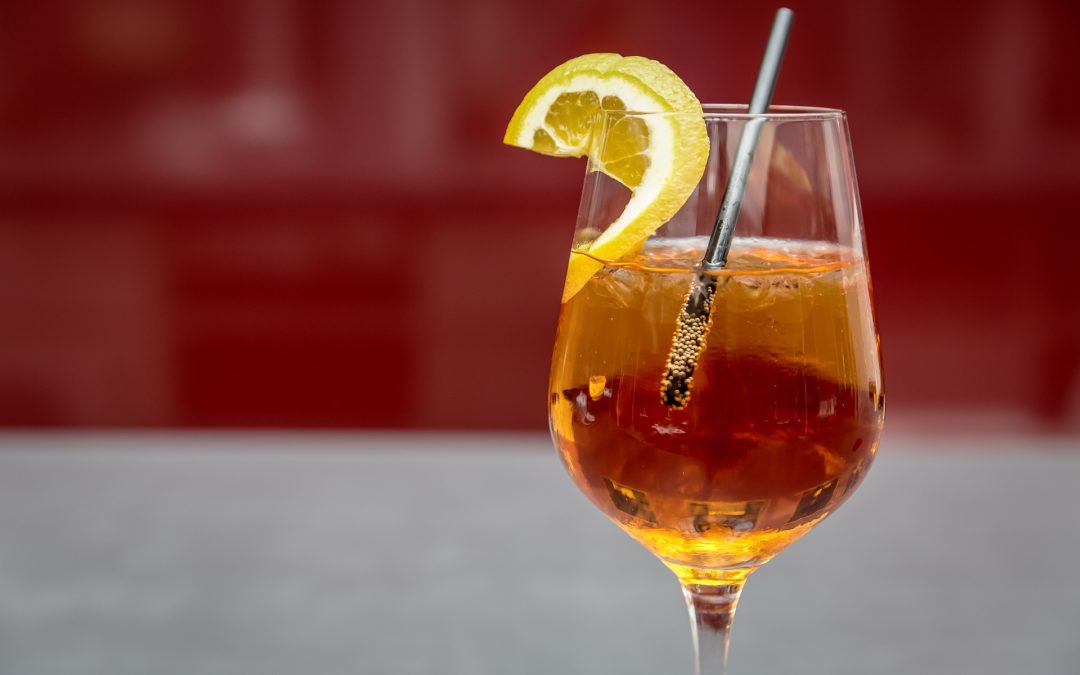 There is nothing better than a fancy cocktail and some finger food with friends and colleagues right after a hard day of work.

But the “aperitivo” has an interesting story behind. As everyone knows, an aperitif is a drink that is usually consumed before lunch or dinner in order to stimulate one’s appetite. Today the aperitif  has become a social tradition mostly worldwide, but its history dates back to over two thousand years ago.

In the Fifth Century BC Hippocrates himself, the father of modern medicine, used to prescribe to his patients who lacked appetite a special drink of his own invention, made with wine and herbs, the Vinum Hippocraticum. There was a very similar drink, also in ancient Rome, the Mulsum, which was offered shortly before dinner with the same intention.

The cocktail we today know as aperitif was created in 1786 in the Italian city of Turin, when the distiller Antonio Benedetto Carpano started his production of the so-called Vermouth, a long drink made of herb-flavored wine. Since then, this particular drink has been known all over Europe at first, and then worldwide when the company Rossi & Martini started to produce it with the iconic name “Martini”. Today there’s a lot of choice in terms of aperitifs, but arguably the most popular ones are the Spritz, the Negroni and the Campari.

The Spritz, was invented in the sunny region of Veneto and is probably the most well-known cocktail of this kind, thanks to its iconic color and refreshing taste. Over the last few years the company started a massive marketing strategy with the intent of exporting it overseas and making it popular. The drink is now becoming very popular in the USA as it has started to be considered as the drink of the summer and was nicknamed “sunshine in a glass”.

The origins of the so-called “Happy hour” are not totally clear. The term was probably invented in the US somewhere in the late ‘40s or early 50’s as a marketing strategy – not a surprise. Bars were empty during the late afternoon because all the customers would leave for dinner. That’s why bartenders encouraged people to have a drink by selling alcohol at a discounted price during that specific time slot we all now today as “happy hour”. As we all know, the tradition was since then spread all over the United States and Europe, but not everywhere. In the state of Massachusetts and in Ireland, for instance, the Happy Hour has been banned to fight binge drinking.

In the 30 participating pizzerias you can taste an authentic Italian pizza (choosing between two), an Aperol Spritz or a Campari Amalfi cocktail and an Amaro Averna (Italian herbal liquor) for just 12€.