Saffron, the gold spice. 5 Italian recipes to learn how to use it at its best 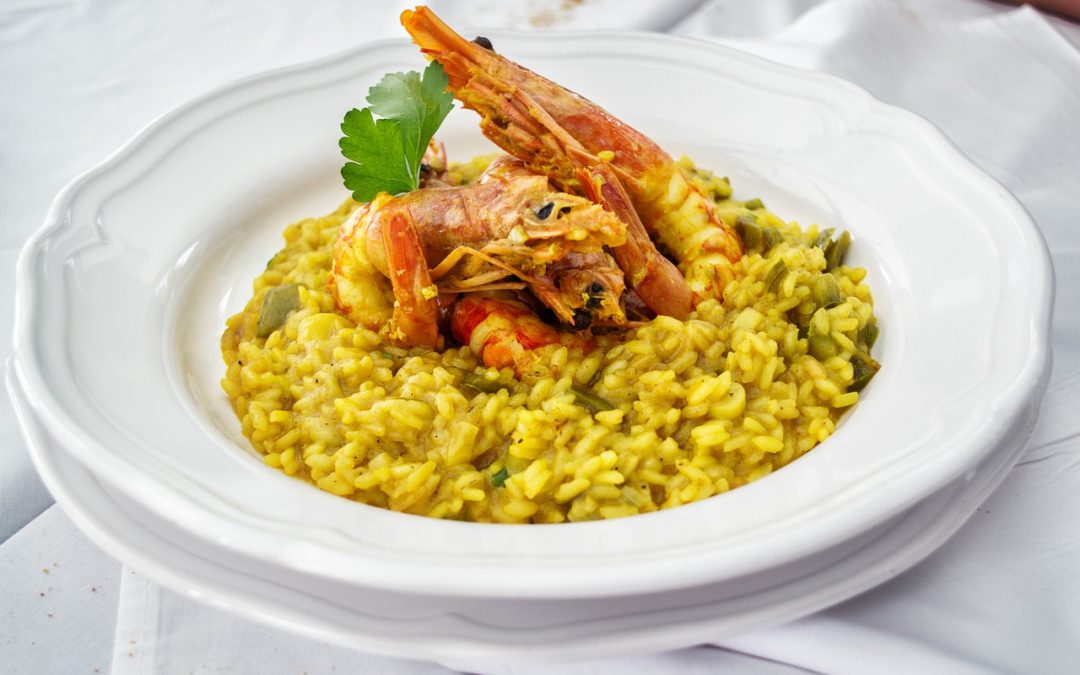 Expensive but absolutely essential. How use saffron as its best

Queen Cleopatra used it in her beauty cream as an ingredient for her attractiveness, while Alessandro Magno washed his hair into this spice to preserve the marvelous orange color. An uncommon shampoo because even in the past this spice was rare like diamonds and more expensive than gold. We are talking about saffron, one of the most high-priced spices in the world, and appreciated for its taste, smell and characteristic color. The reason why saffron is so high in price lies in its processing. In order to obtain only a half kilo of it, you need more or less hundred thousand flowers, and the procedure requests about five hundred hours of work. The harvest is made in the early morning – in order to protect flavor and aroma – by women little fingers, who detach stigmas one by one.

It is a very ancient spice, and even if its origins are nowadays uncertain, it was probably born in Middle East on the Hellenic peninsula. Phoenicians was the first population to bring saffron to Italy, and thy first used it to dye clothes, that was particularly loved by the women of that time, or as a painting color.
During the 13th Century in Umbria saffron, because of its precious value, was largely used even as a substitute for money and exchanged with gem stones. In the Medieval times anyone caught adulterating saffron with other inferior ingredients was burned alive. In the 15th century in Nuremberg, under the reign of Henry VIII in England, adulterating saffron by mixing it with something else was a crime subjected to capital punishment. The accused were burned at the stake or buried alive with their illegal products. The strong and brutal reaction to the misuse of Saffron had nothing to do with the particular attention to its quality, in fact it was triggered by its important role as a bargaining merchandise, cosmetic and dye for clothes and fabrics.
In Italy it is now cultivated in six different regions: Sardinia (has 32 hectares of 50 cultivated in Italy), Abruzzo, Tuscany, Umbria, Emilia Romagna and Liguria. Castello del Trebbio is one of the biggest producers in Tuscany and picks up about 800 grams every year. It is a classic of the Lombard cuisine and expresses the simplicity of tradition. It doesn’t request many ingredients but only rice, butter, white wine, beef bouillon, onion, saffron and grated parmesan. Even chef Gualtiero Marchesi, one of the most important Italian chefs in the world, makes his personal version of it by adding a really precious ingredient: 4 paper of edible gold. Expensive and chic.

From the north to the south, saffron is used in many different dishes. The arancino’s recipe is a little bit complicated. But don’t worry: so much work is compensated by his taste. A pinch of saffron in the rice gives a touch of oriental vivacity to it. The proof is in the pudding!

Bread with saffron and Taggiasche olives

Spicy and with a rich flavor of the Ligurian coast, this bread can leave you speechless! It is ideal to match a fresh salad or an Italian aperitivo. Taggiasche olives are characterized by a strong flavor but you can also substitute them with others of your region. The recipe is very easy and is same as preparing the classic, traditional bread. Saffron is full of important elements: rich in vitamin A, carotenoids and a particular substance acting on the brain activity contrasting bad mood.

A dessert with an exotic taste. Two special spices mixed with hot milk, egg yolks and sugar. Don’t forget to use an ice-cream machine. A particular dessert which makes your lunch or dinner unforgettable. No doubts: your guests won’t be disappointed.

Liquor with saffron and lemon

For this special liquor is better to use pure saffron instead of saffron bags. Few ingredients but a long procedure. You will have to wait about 2 weeks to prepare the liquor and one more month to taste it.
As you can see, saffron is not a simple risotto ingredient, au contraire it is also a particular spice that could be used in many different situations. Sometimes, a pick of creativity is all you need.
Enjoy preparing one of these fantastic dishes. With a touch of saffron you really can’t fail!