The Eggplant Parmigiana: one dish, many versions 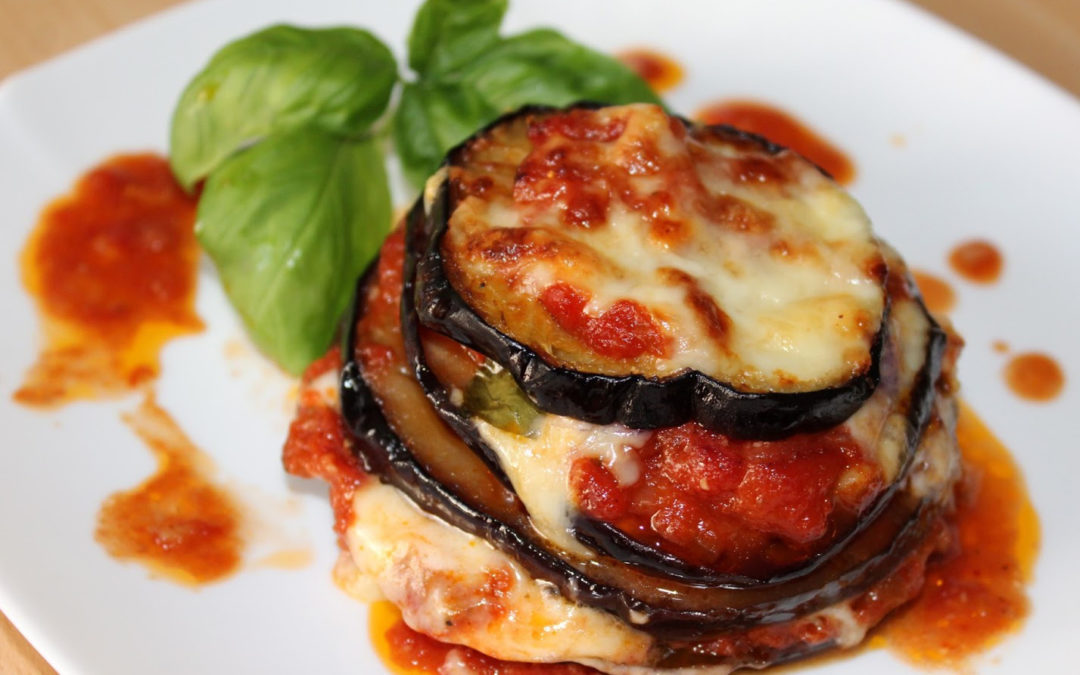 One of the most popular recipes in Italian gastronomy is the Parmigiana.

The Eggplant Parmigiana is a classic in the Italian culinary tradition: the eggplant is widely used in Italian cuisine by virtue of its properties, such as low calories and a high presence of water, although the yummy taste. In the Parmigiana, eggplants are basically fried and then gratined, with the addition of tomato sauce, basil, garlic and various cheeses, ranging from mozzarella to pecorino (sheep cheese).

History of the Recipe

Loved in taste but disputed at the origin.

As it might seem from the name, the origin of the dish would refer to the city of Parma or more specifically to the way of cooking vegetables in layers: “Cooking like the Parmesans do” was an expression that was very popular back in the XV and XVI century stating the way of preparing vegetables. Nevertheless, it disappeared around  the XVII century, being replaced by the idea that cooking like the Parmesans was strictly related to the use of the Parmigiano Reggiano, the cheese.

However, many different are the cities or regions that are attributed the authorship of this recipe, like Campania or Sicily.

One of the most validated assumptions declares that the eggplant parmigiana is Sicilian. This hypothesis focuses on the belief that the Arab populations were responsible of importing these vegetables to Italy during medieval times. The term Parmigiana would then derive from the Sicilian word “parmiciana” which is nothing other than the way of placing the fried eggplants in the pan, overlapped on each other, recalling the shape of the slats of a Persian window.

Then there’s the attribution with Campania. This time the origin comes from written documents released within a book entitled Il Cuoco Galante, written in 1700 by Vincenzo Corrado, a chef of Apulian origin who served in different Neapolitan aristocratic houses.

Due to the uncertain origin of the recipe, the substantial difference derives both from the use of different cheeses such as caciocavallo in the Sicilian version, while in the Neapolitan one, the use of mozzarella is preferred and the way of breading the eggplants is different. There is a non-vegetarian version too: cooked ham between layers. Another version is with grilled aubergines instead of fried ones.

As for the preparation, this is neither relatively complicated nor different from Sicily or Campania or Parma. The main ingredient is eggplants and depending on the personal taste different types are used: there are the eggplants with an oblong shape that are generally the most used, or, the round ones that are favourited. The recipe continues with the frying, and it is also when it comes to this moment that the various regional traditions start to clash.

In the Neapolitan version, the breading of the eggplants is divided in 2 steps: at first by using flour and then, in the second step, eggs. According to the Sicilian tradition, the eggplants are simply fried in the oil, no steps are taken beforehand.

During the preparation of the eggplants, a sauce is made with tomatoes, and then we come to the placement of the slices of fried (or grilled) eggplants, sauce and cheese in layers. Not to be forgotten: some Parmigiano Reggiano on top of it.

Next step is to bake it at 180 degrees for about 30 minutes. A sprinkling of pepper and the parmigiana is ready to fill your soul with an heavenly taste!

No matter if you choose a lighter version with grilled aubergines, or the bombastic one with fried eggplants, caciocavallo or pecorino or mozzarella and ham, or the life changing lasagna with parmigiana: the combination of tomato sauce, eggplants and cheese is just fabulous 🙂

What can be said if not Buon Appetito!