History and secrets of Tiramisù 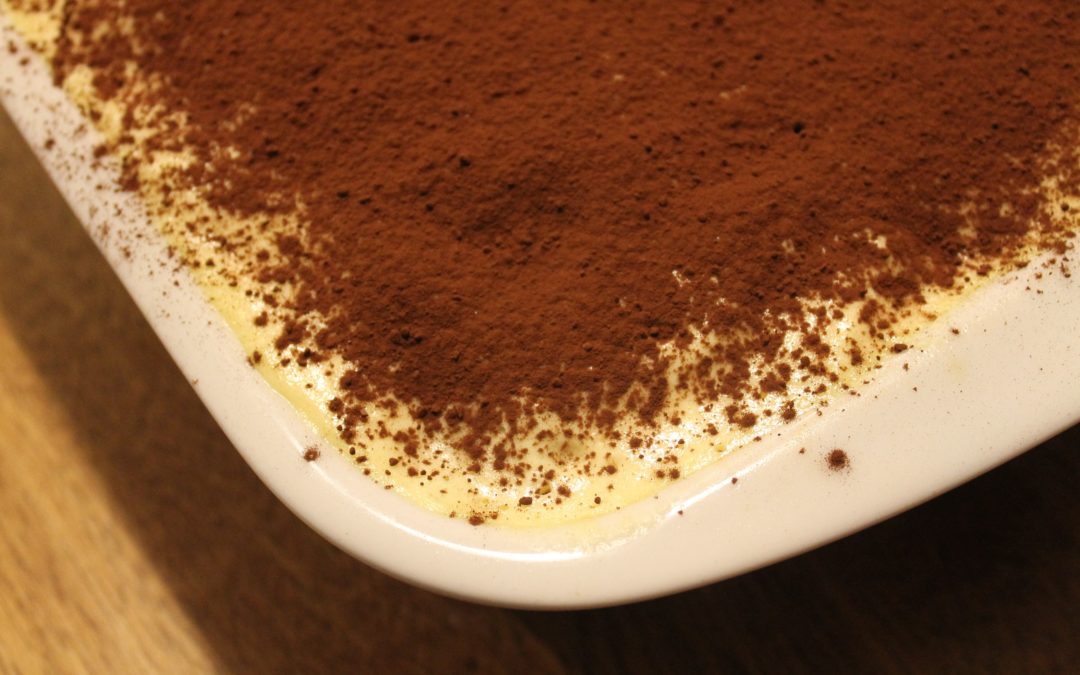 Tiramisù: how much history is there behind the symbol of the Italian dessert for excellence?

Tiramisù is the fifth most famous Italian word abroad, the top one in the desserts category. The name comes from saying ‘tireme su’, in Tevigian dialect “lift me up”. But why was this strange denomination used to describe such an amazing and iconic sweet?

The legend behind its name

There are various legends hoving around the tiramisú. The most accredited and likable one refers to a brilliant ‘Maitresse’ of a brothel called ‘Le Beccherie’, located in the historical center of Treviso around the 1920s of the last century. The story goes that a ‘Siora’ – the owner of the house of pleasure – created an aphrodisiac dessert to be offered to her customers at the end of the nights, in order to reinvigorate them. It is said that, the Maitresse used to prepare this dessert and encouraged men saying ‘desso ve tiro su mi’ (meaning ‘now I will lift you up’). Thus was born the ‘Tiremesù’: a natural Viagra of the ‘800 offered to the customers of the beloved maison.

Before the industrial production of the ladyfinger biscuits, the dessert was prepared with crumbly and spongy homemade biscuits. Those who could not afford them,  used focaccia or old bread instead. Over the years, the ‘Pleasure House’, thanks to the anti-prostitution laws, became a restaurant who kept the same name and became a meeting point of the good bourgeoisie. ‘Le Beccherie’ is located in Ancilotto Square in Treviso centre, which owes its name to the butchers market, in dialect ‘bechers’. The restaurant is making the history of Treviso since 1939.

#LunchTime ✨ #DetoxTime #Treviso —————Thanks to my sweet friend ?

It was renovated and modernized with large windows, with canal view, designer chandeliers and retro chairs. ‘Le Beccherie’ today offers two variants of Tiramisù. The first one is served inside a glass in the classical way. The second one is presented as the ‘Wrong Tiramisù’: Prosecco jelly, Mascarpone mousse and coffee bread.

There are many pastry shops in the city serving Tiramisù with their own traditional recipes. The website ‘Snapitaly’ reports an accurate selection of the oldest and most famous ones. The ancient pastry shop ‘Nascimben’ is a point of reference for the citizens since 1865, not just for the amazing taste of ‘Tiramisù’ but also for the other many high quality desserts prepared with km0 ingredients. ‘Trevissù’ is a ‘boutique’ fully dedicated to the preparation of Tiramisù. It is served in different ways, for example the vegan version and the ‘strong’ Tiramisù, prepared with a rum fragrance. The restaurant ‘Al Fogher’: in 1950 the first Tiramisù was prepared by the grandparents of the actual owners, in the occasion of Greek Queen’s visit and the dessert was named ‘Imperial cup’. Last but not least name to report, the ‘Tearamisù Room’: it is a pleasure relax room where you can enjoy a sweet break in a comfortable environment.

Tiramisù has found other testimonials around Italy and the world. The ‘Pompi’ brand for example, has exported the dessert abroad. They opened in London a mono-product shop, that offers only Tiramisù but in many versions: with pistachio, hazelnut, bananas, strawberry and piña colada.

If we move to the south of Italy, in the pastry shop ‘Sal De Riso’ you can taste the Mediterranean version: the ladyfinger biscuits are soaked not in the coffee, but in Limoncello. The result is a tasty and attractive yellow Tiramisù, that recalls the color of the Amalfi Coast lemons.

Which kind of Tiramisù do you like the most?