The regional cuisine: the variety of the Sardinian traditions 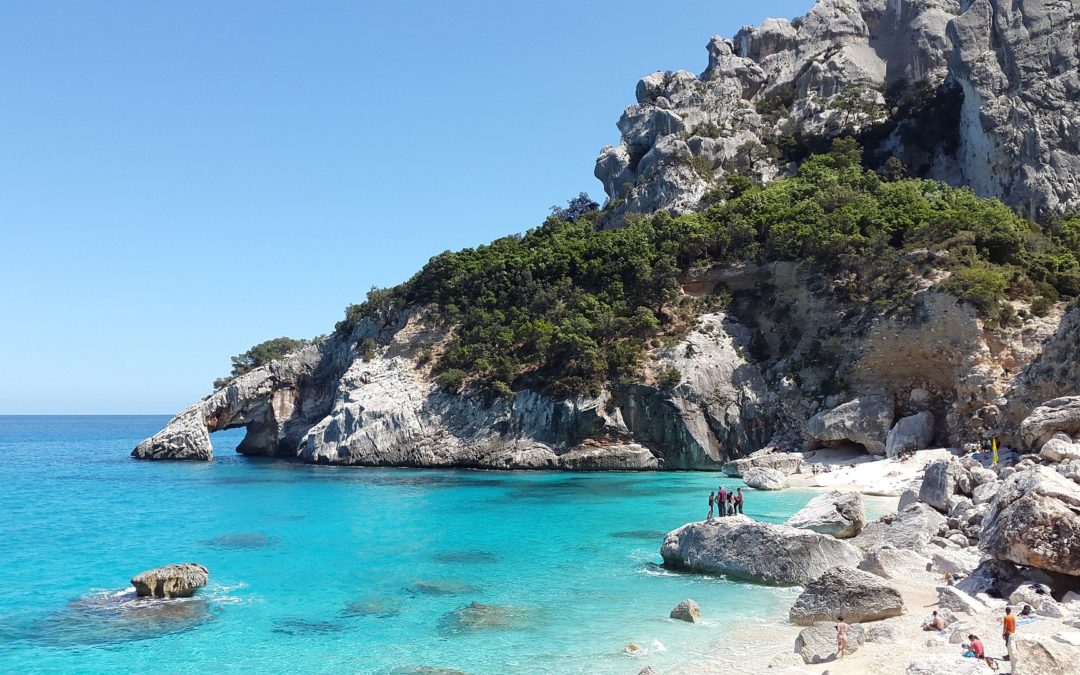 Within our journey in the Italian cuisine, we arrive to Sardinia, land of splendid sea and breathtaking landscapes. A popular destination for holidaymakers from all over the world, this Italian island boasts a food and wine tradition made of exceptional and unique dishes.

A look at History

The Sardinian cuisine has a centuries-old history that derives both from its geographical location and the populations that have inhabited it over the centuries such as the Phoenicians, the Romans, the Genoese, the Spaniards and so on. Therefore, this immense knowledge was handed down, however, by voice from families to families.

The Sardinian culinary tradition is strongly linked to the territory but above all to the seasons. A cuisine born from the lack of ingredients that, like many of the Italian regions, has tried to create delicious dishes starting from “very poor” ingredients. Simple, yes, but certainly not poor in flavor or quality. Everything derives from the various commercial activities which best identify the region as sheep farming, agriculture or fishing.

We cannot talk about Sardinian cuisine without mentioning the famous Pane Carasau.  It’s one of the most typical types of bread of the Sardinian lands, a set of water, durum wheat, semolina flour, salt and yeast with a very thin and very crunchy shape deriving from double cooking inside the wood-fired ovens. Pane Carasau can be eaten dry or tasted in various preparations such as the “Pane salìtu chin bagna” (a layered realization of the carasau bread) This recipe recalls the Emilian lasagna where the bread, previously soaked in water, is placed in a puff pastry and seasoned between the various layers with cheese and gravy.

The specialties of a sardinian menù

Among the most classic appetizers, you can find some of the typical products of the land such as salumi or cheeses like the hams from Villagrande and the Sardinian pecorino or the Cazisolus, a cheese made of spun paste cow’s milk.

As first courses we must mention the Malloreddus. These typical Sardinian gnocchi are usually seasoned “alla Campidanese” or with a tomato and sausage sauce flavored with saffron.

If you are people with stronger tastes, you should try the Culurgiones. They are a ravioli-shaped pasta filled with potatoes, pecorino cheese and mint. Be careful though, here the hearts get warmer because there is not a single recipe. Typical of Italian cuisine are the different interpretations of the recipes, which also cause heated debates on which is the most correct version, but we are sure that in all of the known variants the Sardinian Culurgiones will not disappoint us.

We are getting started now!

It is with the second courses that you really see the Sardinian mastery in cooking. To you his majesty the Porceddu, the suckling pig that everyone dreams of trying when they arrive in Sardinia. A suckling pig cooked on a spit over a live fire flavored through the use of lard and aromatic herbs such as thyme and wild fennel. The long cooking that characterizes it, allows the formation of the typical rind which gives it that crisp and enjoyable bite.

If you don’t try it, you have wasted your vacation. Be careful!

To accompany throughout the meal, we recommend a good red wine. A Cannonau would definitely hit the spot with its dry and warm flavour, which perfect with roasted red meats.

Last but not least the desserts. Even if you are so full that you can’t get up from the table, you have to taste some nice Seadas to end on a high note. Fried ravioli made with semolina and lard stuffed with fresh sheep’s cheese and covered after frying with honey. To be consumed preferably in a very short time!

What else to say guys. Try to believe but we already know that you will not be able to resist.

The recipe of the Culurgiones:

Culurgiones with 3-ingredient pomodoro (before a dusting of pecorino) | My husband is not a fan of tomato sauce. And I don’t really blame him—some of those jars, sitting on store shelves for months, can be pretty lacking in flavor (and always loaded with sugar). But I won his heart with this quick concoction of salted pearl tomatoes (left to drain for a good hour), the end of my jar of garlic confit (see that ring of garlic oil? ?), and caramelized anchovies. That’s it. I try to refrain from eating all the pasta I make—because I can’t seem to make less than six servings!—but we polished off every last one of these. I don’t have a guide for culurgiones since I have a lot of practice ahead of me, but if you’re curious about this recipe, shoot me a message. Hope your Friday is off to a fantastic start! . (PS: October events are now live for both New York and Austin! Check them out via link in bio and I hope to see you sometime this month! ?) . . . . . . . . #culurgiones #sardinianfood #pomodoro #ravioli #tomatosauce #freshpasta #pastafresca #homemadepasta #pastafattaincasa #pastaia #pastagrannies #pastalove #pastaaddict #italiancuisine #italiancooking #cucinaitaliana #slowfood #simplefood #onmytable #makeitdelicious #bareaders #f52grams #eattheworld #foodwinewomen #nytcooking #lifeandthyme #thecookfeed

Mix flour and semolina with 2 spoones of oil and add a bit of salt, just a pinch, and blend it with 150 gramms of water. Get the dough that must be in the shape of a ball and cover it with a plastic wrap. Let it rest for an hour. Subsequently, boil the potatoes, peel and mash them. Then, chop one clove of garlic, that must be brown after getting chopped, (a pan would be perfect for that) add two spoons of oil just for 30 seconds during the browning process and only after that get together the garlic with the potatoes and some chopped mint leaves, the Sardinian pecorinos, both grated, two spoons of oil and some salt and pepper. Roll out the dough and lay down a sheet of 1mm thick. Prepare 50 discs of a 7cm diameter and place a spoonful of filling inside every disc. Do the process for all the culurgiones by closing them through the pinching of the edges of the pasta, that has to be in the shape of an ear. Cook the culurgiones in the boiled salted water until they come to the surface.

To get the perfect sauce, you must take a clove of garlic and a bay leaf with 4 spoons of oil. Brown the mixture, add some chopped tomatoes and cook for just 15 minutes. Then get some salt and pepper and remove the garlic. Finally, season the culorgiones with the sauce. But, if you really want to conclude really well, add some basil.