You call it Bolognese, we call it ragù: all you need to know about one of the most famous Italian sauces 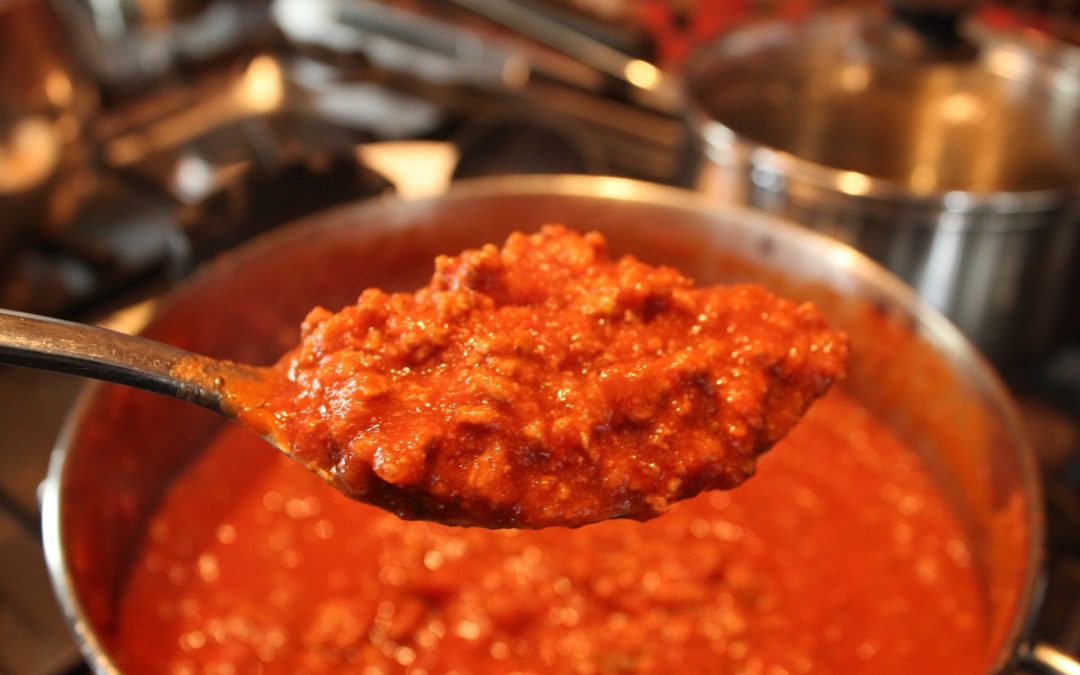 It’s one of the most famous Italian recipes all over the world, which also makes it the most wrongly imitated: we are talking about the Ragù alla Bolognese (or Bolognaise, as you probably know it).
Being the True Italians that we are, we have finally decided to shed some light on this highly discussed topic. Are the “Spaghetti Bolognese” really part of the Italian tradition?

The famous Italian recipe that we all know and love in 2020 as a pasta sauce finds its origins in a medieval french specialty, initially thought of like a hearty second course. It was in fact called ragout, a french term used in the past to define stews of meat and vegetables cooked over low heat for a long time. It could be either a rich or poor dish depending on which meat was used for its preparation but no tomato sauce was originally involved, and the idea of it as a pasta sauce was pretty far.

The ragout made its appearance in Italy during the Bourbon Age in Neaples and Rome, but it’s only in 1773 that the Cuoco Galante Vincenzo Corrado used a first revisitation of the “modern” recipe as a filling or side dish (no pasta or tomato sauce were added yet). With the rising of the 19th century and the world diffusion of pasta and tomatoes, the famous Italian sauce finally started taking its nowadays shape. In the Maccheroni alla Napolitana original recipe ( part of his L’Apicio moderno recipe book), chef Francesco Leonardi created the first delicious combination of pasta and ragout. It must be said though, that even at this point, the pasta shape was never spaghetti but maccheroni (a short-cut pasta).

In 1891 Pellegrino Artusi suggested a new revisitation of the recipe, calling it Maccheroni alla bolognese and using almost all the ingredients also part of today’s preparation: sautée pork belly, vail meat, carrots, celery, onions, and bone broth. This method didn’t contemplate the tomato sauce but all the right flavours were already in place.

Starting from the 20th-century chefs began replacing maccheroni with fresh tagliatelle, and the tomato sauce became an essential ingredient. In 1982 the original Ragù recipe was then registered at the Bologna Chamber of Commerce by the Bologna Delegation of the Accademia Italiana della Cucina.

“Spaghetti Bolognaise”: the origins of a modern misinterpretation

This is probably the most misused and mistreated of the Italian specialities abroad. The first voice of every fake Italian restaurant menu. “Would you like some Spaghetti bolognese?”. Well no, but thank you.
Throughout the years, the famous Italian recipe for the perfect ragù has been passed from first-generation of emigrants families to second/third/fourth-generation, adding and changing every time the ingredients, and therefore contaminating the original preparation of this sauce. How do people eat Italian ragù abroad and how appreciated is it?
British people call them spag bol or spag bog and are at the top of the list with 670 million portions per year. They are followed by the Australians, who have elected the spaghetti bolognese as their favourite kind of meal, adding sometimes vegemite to it. Even in the north of Europe, this Italian dish has been particularly loved and also renamed: from the Swedish och köttfärssås to the danish og kødsovs. In Tokyo, you can find a special ragout sandwich, while in China it’s simply considered the occidental version of their shajiang main (a traditional Chinese dish).
Let’s go back to the famous combination Spaghetti Bolognese though. This particular combo has been reconnected by some historians to the old times of the Second World War. When the American and English soldiers were passing through the Italian region of Piedmont, they were in fact first to try the delicious tagliatelle al ragú bolognese and to fall in love with this dish. Once they were back from the war, they supposedly asked their local Italian restaurants to recreate this delicacy. As the fresh tagliatelle was unavailable abroad at the time, these restaurant owners opted for the most resembling type of pasta, the spaghetti, unexpectedly creating a new fake Italian tradition, that would have been carried on to the present day.

Do you want to know how to prepare a REAL ragù? Here is the recipe:

The recipe for the “Classic Bolognese Ragù” was registered at the Bologna Chamber of Commerce on the 17th October 1982 by the Bologna Delegation of the Italian Academy of Cuisine.

Tools needed:
Terracotta pan about 20 cm in diameter
Wooden spoon
Crescent knife
Ingredients:
300g of minced beef (preferably the shoulder or the belly), 150g of pork belly, 50g of yellow carrots, 50g of celery, 30g of onion, 300g of pureed tomato or peeled tomatoes, ½ glass of dry white wine, ½ glass of whole milk, a little broth, extra virgin olive oil or butter, salt, pepper, ½ glass of liquid whipping cream (optional).
Preparation:
Finely chop the bacon with a “mezzaluna” knife into cubes and move them into a pan – possibly of terracotta (pottery) or thick aluminium – of about 20cm. Combine 3 tablespoons of oil or 50g of butter and the finely chopped herbs. Sauté gently. Add the minced meat and mix well with a wooden spoon, making it brown until it “sizzles”. Add the wine and mix gently until it has completely evaporated. Add the tomato sauce or tomatoes, cover and simmer slowly for about 2 hours, adding broth when needed. Towards the end add the milk to dampen the acidity of the tomato. Season with salt and pepper. At the end, when the sauce is ready, according to the Bolognese custom, it is to add the cream only if its purpose is to season some dry pasta. For tagliatelle, this step has to be excluded.