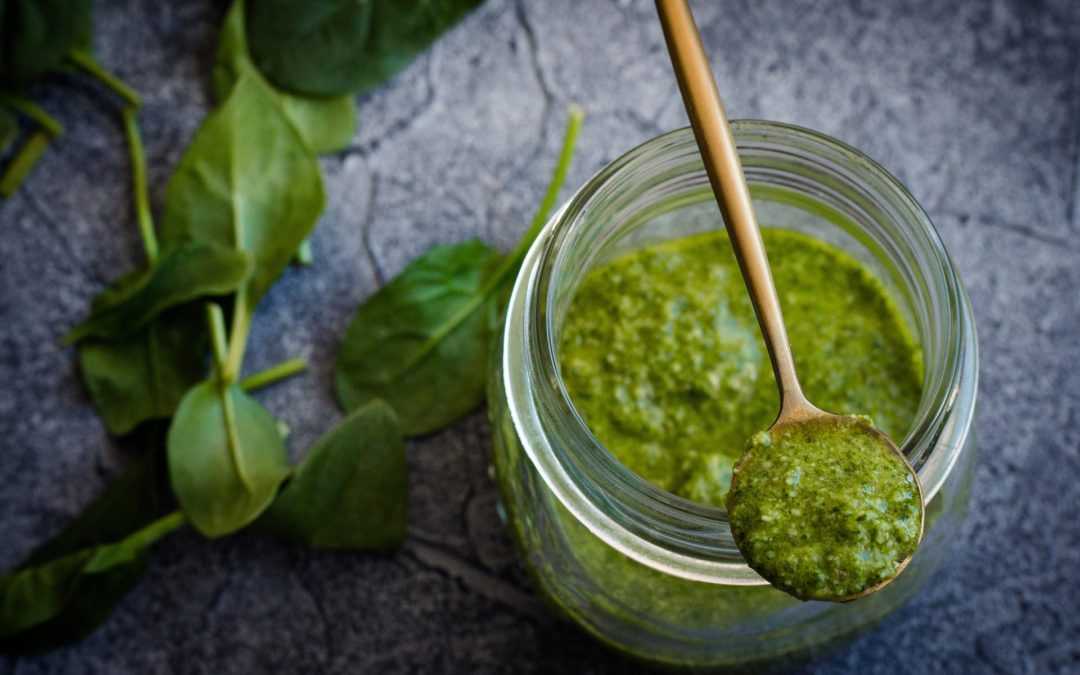 The name alone recalls not only its origins but also its preparation. We are talking about the famous Pesto alla Genovese. it’s a Pesto, as its making process includes pestare (to pound) all the ingredients in a mortar and pestle, and it’s Genovese, as the story goes it made its first appearance in the city of Genoa.

The region Liguria, the cradle of aromatic herbs

We travel back to the Middle Age when the wealthy population of the Liguria region used to enrich its meals with spices, and poor people picked up aromatic herbs to make their bland soups more tasteful. It’s then a common belief that the Pesto alla Genovese recipe comes exactly from these people’s passion for herbs. The first appearance of this specialty as we know it dates back to the 18th Century when Giovanni Battista Ratto reported the recipe in his La Cuciniera Genovese cooking book. The Ligurian Chef took inspiration though, from another well-known sauce, the aggiada: a garlic based sauce also made with a mortar and pestle and used for food preservation.
The consumption of garlic and its derived high concentration sauces was very popular among the ship crew of the time, and due to its believed medical benefits, it could never miss on board. In fact, Pesto – containing garlic as one of its main ingredients – has achieved great popularity in the world also thanks to the crews of merchant or passenger ships that sailed from the port of Genoa to distant destinations: in La Boca, a Genoese district of Buenos Aires, in the seaside cities of the USA.

Not many Italian sauces can brag an ancient legend connected to it. Well, the Pesto alla Genovese seems to be one of those interesting ones.
Legend has it that in a convent on the heights of Prà (Genoa) named after San Basilio, a friar used to collect some aromatic herbs that grew on those hills (called basilium, in honor of Saint Basileo). One day, he decided to combine the few ingredients offered to him by the pilgrims, and crushing everything, he obtained the first pesto which has been then gradually perfected.

There are a couple of tips and tricks that you may wanna know before starting the preparation. Remember to never wash the basil leaves. They have to be dry in order to maintain their bright green color, so use a dishcloth instead. If you are using a food processor instead of a mortar and pestle, you want to be fast while working the sauce. Prolonged exposure to the air and the warmth produced by the blades may cause oxidation, and change the taste of the final product.
Now that you are all caught up, here’s the recipe for you!
(Keep in mind that the recipe is prepared through the use of a mortar and pestle, but you can always use a food processor instead) All the Pesto alla Genovese ingredients