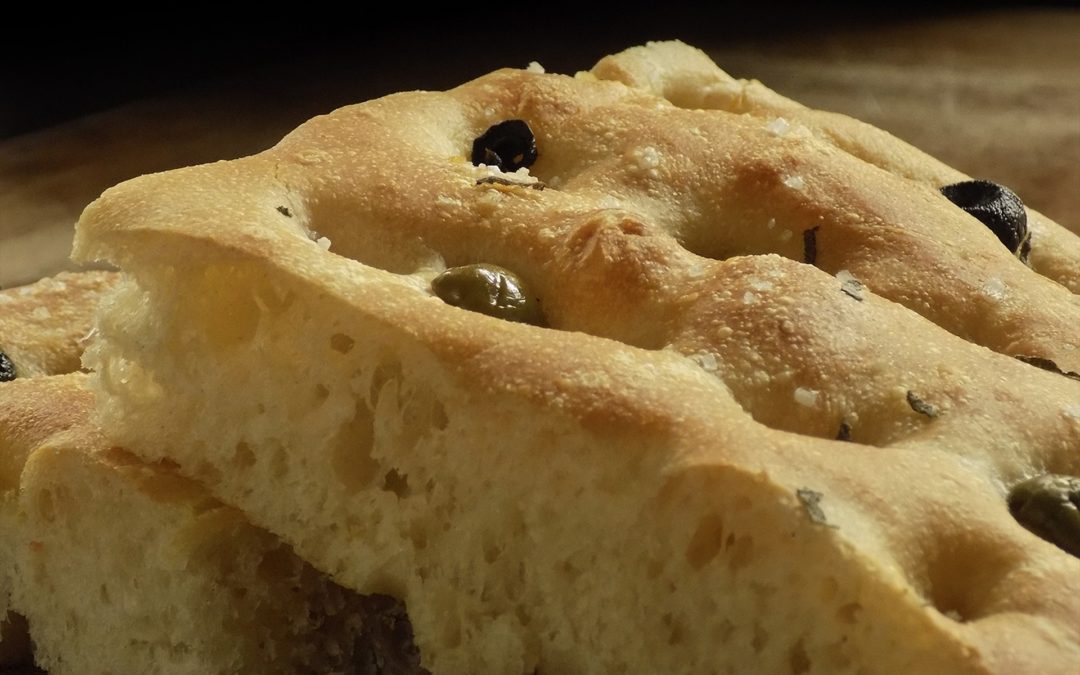 When you feel like having a tasty but quick lunch, a delicious snack or a side dish to your aperitif, a piece of focaccia and a slice of farinata could be just perfect! Both soft and crunchy, these two Italian delicacies are the symbols of the Genoese cuisine and tradition.

Among the many Ligurian food traditions, Focaccia and Farinata are seen as two of the most delicious and popular dishes worldwide. To every Genoese citizen, it is a “must-have”: a cheap and different way to have a tasty and fast lunch. At first sight, Focaccia and Farinata could seem very similar. Still, they are unique in their own way regarding both ingredients and preparation.

It all started with the Greeks

An ancient and charming origin: that’s another trait they have in common. The history of the Genoese focaccia, or Fügassa (“cooked in the fireplace” in Ligurian dialect), is linked to the Greek and Phoenician people. In order to have a dish that could last over time, they used cereal flour and didn’t let the dough rise – two very different features from the modern recipe. Over the years, it was offered during weddings, funerals and feasts. Besides, it was very much loved by travellers and especially fishermen, which is the reason why some special ovens for the focaccia were established nearby the port of Genoa. From this moment on the focaccia gained popularity, mainly for its cheapness and, of course, the taste.

The origin of the Farinata can be found in an old popular tale: a tremendous storm blew up the Genoese ships, while coming back home from a battle against Pisa. Some oil barrels and some chickpea bags fell, and they mixed up with the sea’s salty water. No other food supplies were left, so the sailors left this mixture of oil and chickpea under the sun to dry up. Only once they tasted it, they discovered that this new and surprising combination was just lovely. After they landed, the Genoeses improved the recipe. They gave a name to it: l’oro di Pisa (the gold of Pisa), aiming to mock the defeated ones.

Focaccia & Farinata: their differences and when or where you can eat them

The Genoese focaccia, just like bread, is also part of the leavened products. It is pinched in the surface and covered with water, extra-virgin olive oil and coarse salt. That’s exactly what makes the focaccia that good: these simple but essential ingredients, and its greasy, soft texture. Its uniqueness is characterised by the leavening, too: it has to be 20 minutes at least. And it should also be cooked in the wood oven. But obviously, everyone can cook the focaccia in their own oven at home. Following the Genoese tradition, you can have focaccia for breakfast with a cup of cappuccino, or for aperitif too.

The Farinata could be regarded as something in between a focaccia and a quiche instead. It is very low, the dough is composed by chickpea flour, salt, extra-virgin olive oil and water. There are many varieties throughout Italy, but the most common and popular ones are located in Liguria or in Tuscany, where it is called with several names. For example, in Pisa we can find the “cècina” or in Livorno the “torta di ceci” (chickpea pie).

Mix the yeast with the sugar in a bowl and pour it in the mixer with the flour. Pour the milk and the water in the mixer while it is going. Then add the oil. Pour the salt and continue kneading for about 15 minutes.
Put the dough in a bowl and cover it with cling film. Then, put the bowl in the oven off but with the light on and let it rose for about 2 hours.
Grease the baking tray and pour the dough in it. Cover the entire surface. Cover it again with cling film and let it rose for another hour. After that, do some dimples in the dough with your fingers and sprinkle with some oil, rosemary and salt flakes.
Now it is time to cook the focaccia in the oven at 180 degrees for about 35-40 minutes.

Put the chickpea flour in a bowl and then add the water. Mix it well until you have a liquid compound.
Cover it with cling film and let it rest for about 5 hours (but even more) and sometimes mix it, too.
Then add the oil, the salt and mix it again.
Grease a circular baking tray with the remaining oil and pour it your compound. Put in in the oven at 250 degrees for about 20 minutes, until the compound become goldish.

Cover picture by arifarca on Pixabay