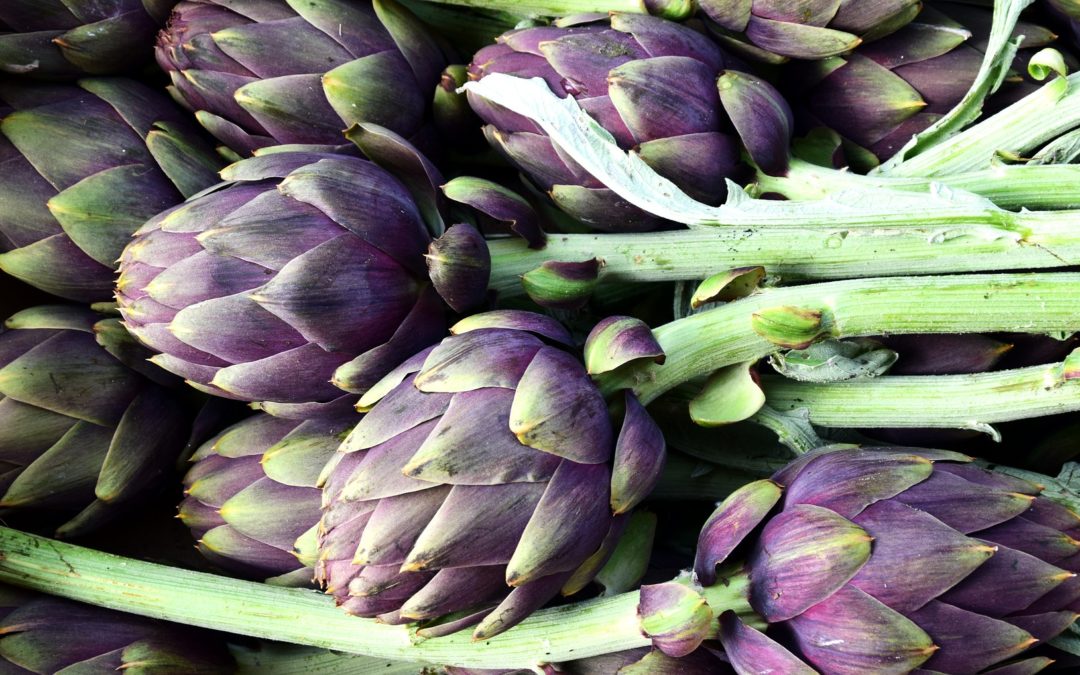 Among the many Roman food traditions, Carciofi alla Giudia are maybe less known than other recipes, but that doesn’t make them less delicious!

The artichoke is a main product in Rome. Along with Carbonara, Gricia and Amatriciana, artichokes are regarded as a basic member of the Roman cuisine. Let’s move on with a typical Roman recipe, then. What makes Carciofi alla Giudia particularly special is the frying and the beautiful shape they take, which reminds a dark-goldish flower.

What will ever hide behind this name?

The history that lies behind Carciofi alla Giudia dates back to the 16th Century when Jews were forced to follow strong restrictions, imposed by the Pope against them. Basically, they couldn’t have any kind of contact with Christians and, therefore, they established the Jewish ghetto in the city of Rome. Besides, two other Jewish communities moved to the Roman ghetto – whose popularity increased noteworthy – from Sicily and Spain. In this blended environment, Carciofi alla Romana recipe took finally shape. The Jewish housewives were the very first ones to prepare this dish and Jews used to eat it at the end of Yom Kippur’s celebration. “Alla Giudia” refers to “alla giudea” (that means “something related to Jews”). The name was given by Romans, who fell immediately in love with the fried artichokes. So much that they even visited the ghetto very often to enjoy this dish. Actually, there are other legends that surround Carciofi alla Giudia’s origin and none of them is more accurate than the others. Indeed, some believe these artichokes were eaten as a side-dish during the Jewish Easter day. Probably, neither of them is totally true or totally false, but the truth may be lying in between.

As we have already noticed, if you go to Rome you can’t miss artichokes and it is common knowledge that both Carciofi alla Giudia and Carciofi alla Romana dominate the field. But people tend to get confused when they think about their differences, so let’s make it clear once and for all. These two recipes have in common an underlying ingredient: cimaroli (or mammole) – the typical Roman artichoke. To Romans, in order to realize this dish perfectly, you must only use this type of artichoke. The main feature of Carciofi alla Romana is its filling, placed into the artichoke and made by parsley, breadcrumbs, garlic, oil, salt, and pennyroyal. For this recipe, you have to cook artichokes in a pan with oil and water and simmer them over low heat. Carciofi alla Romana probably are the most loved ones in Rome, especially for their flavourful filling that perfectly blends with the artichoke. Yet, Carciofi alla Giudia give the impression to be very easy at making, but as a matter of fact, you have to follow the recipe very carefully to obtain a good result. Following the tradition, they are fried in olive oil, but they cannot be burned or greasy. And, in the end, the result will be marvellous. Above all, it is thanks to its appearance that at first sight could evoke a rose.

Carciofi alla Giudia – how to make them in perfect Roman style

1 and a half liter of oil

Take the outer and hard leaves away, cut the artichokes in a half and dip them in cold water and lemon juice for about 10 minutes. Then, open their leaves, shape them as a flower and salt and pepper them. In a pan, heat the oil and fry the artichokes in it. A little suggestion: better to dip the artichokes one at a time to gain a finer outcome. Leave them for 10 minutes and then, pull them out and place them over a paper towel. For the second time, dip them again in the oil for a couple of minutes. Why is it this double-step cooking necessary? The former is useful for softening and the latter makes artichokes crunchy. At this point, your Carciofi alla Giudia are ready and all you need to do is taste them as an aperitif, a side dish or even as a main dish!