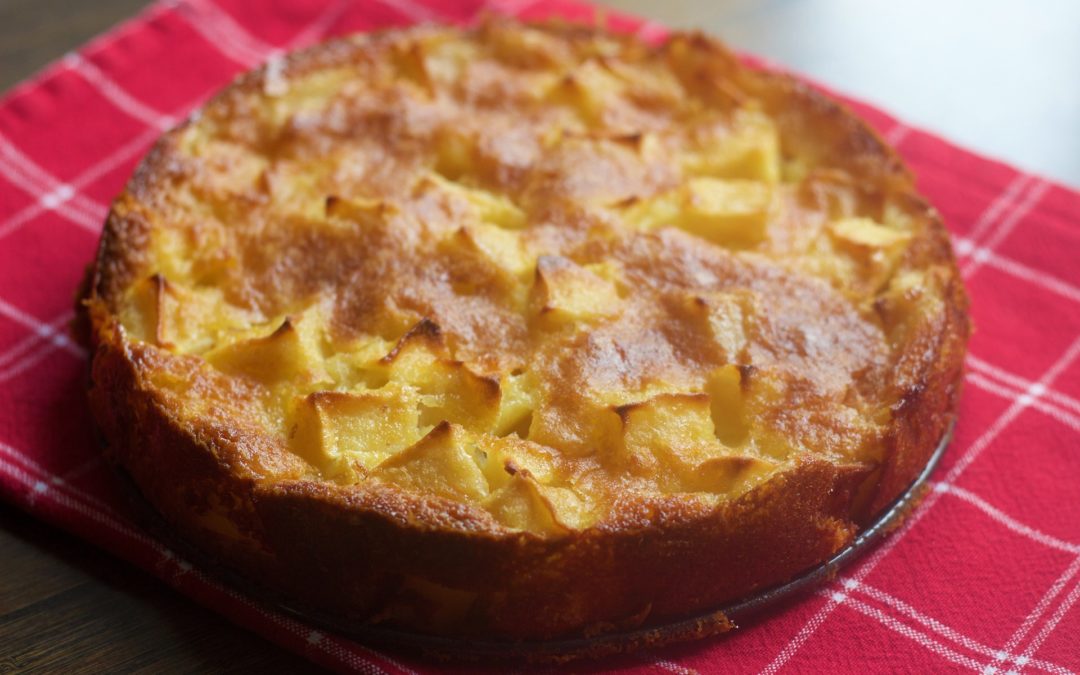 A traditional cake that fills the house with sweet scents

The famous Torta di Mele (Apple Pie) is known all over the world for its simplicity and genuineness. It is a big classic that never goes out of fashion. Apples have always been the stars of most Italian home-made desserts. The principal ingredients of Torta di Mele are apples, sugar, butter and, cinnamon.

Torta di mele and its history

There are no reliable sources that can testify with absolute precision where and/or when this delicacy was born. But according to some of them, Torta di Mele was born in Europe around the fourteenth century. In those days, the places where new recipes were discovered, were monasteries. One of those recipes was the “Tarte aux Pommes” with different ingredients from the recipe of Torta di Mele we all know: honey instead of sugar and onions instead of apple. Over the centuries, the recipe has been modified to become the one we know today.

Torta di mele all over the world

Many countries around the world have their own version of this delicious cake. For example the American Apple Pie, the French Tarta Tatin, the English Apple Crumble, the Dutch Appeltaarte, the famous Austrian Strudel, and for Italy we have a lot of variants with chocolate, ricotta cheese, jam, custard, and others.

To make Torta di Mele, first, melt the butter and let it cool down. Grate the peel of the lemon and squeeze its juice (30g). Divide the apples in half, remove the core, peel them, and then cut them into small slices (short side up). Put the apples in a bowl with lemon juice and mix.

Put the eggs in a bowl and mix with electric whips, pour the sugar little by little, add the salt and continue to whisk until the mixture is light and fluffy. Now, add the melted butter, the cinnamon, and the peel of the lemon. Keep mixing and add little by little the flour and baking powder (sieved). When the ingredients are fully incorporated, lower the speed of the electric whisk and pour in the milk, and mix again.

Drain the apples to remove the lemon juice and put them into the dough.

Butter and sprinkle with sugar a cake tin (22 cm in diameter) and, using a spatula, pour in the mixture. Now you can bake the cake. Put it in the oven (180° preheated) for 55 minutes.

After 55 minutes take out the cake, let it cool down and then dust the cake with powdered sugar. Your Torta di Mele is ready to be enjoyed!