Dante Alighieri and the medieval delicacies 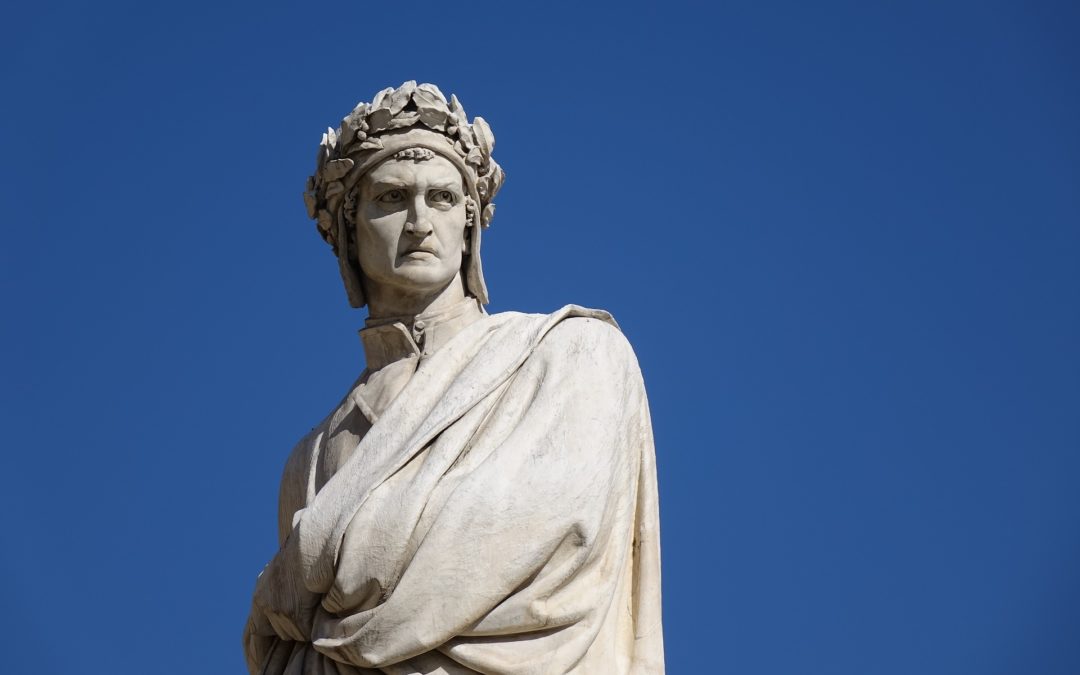 Today, 25th March 2021 it’s the 700th anniversary of Dante Alighieri’s death, to celebrate the great poet we have decided to dig into Medieval Tuscan delicacies and make a journey through some ancient recipes.

In Dante’s time, there wasn’t the variety of foods we have today and the methods of food preservation were scarce: drying, smoking and fermentation were the most commonly used practices. Spices, salt, vinegar and lemon were widely used to prolong the preservation of food, which was basically cereals, flour, cheese, fruit and vegetables. Meat was obviously a food for the few and was even frowned upon by the Church, which regulated its consumption according to the religious calendar.

It is known, with documented certainty, that some of the recipes that have come down to us today originated in Dante’s time and that he certainly used them: ribollita, fettunta and castagnaccio. These three specialities are still enjoyed in Tuscany today. Moreover, we know that Dante, being from a wealth family, ate wild meat, pork, sheep on the spit (there were no oven still), stews and meat in sauce. In addition bread, barley, oats, spelt and millet completed the table. As a drink, there was beer without hops. There is also a documented information about Dante enjoying tagliatelle with ragù, obviously not today’s ragù but the one made with chicken meat and giblets.

Let’s discover the 3 most famous recipes that have survived to this day.

Ribollita is a soup of stale bread, black cabbage, savoy cabbage and cannellini beans, traditionally prepared particularly in the areas of Florence, Pistoia, Prato, Arezzo and Pisa. According to peasant tradition, it was prepared on Fridays, by putting together the leftovers and then boiled several times on low heat, first just the vegetables, then the addition of hard bread, hence the name “ribollita” (re-boiled): the more it is cooked, the better it becomes for days.

Fettunta is the Tuscan name for a bruschetta prepared by grilling slices of bread on the embers: a slice of stale bread, toasted and seasoned with extra virgin olive oil, salt, pepper and garlic. As simple and tasty as it is! A poor recipe of peasant origin, fettunta should be crispy on the outside and slightly soft and moist in the centre. Perfect with Tuscan cold cuts and cheeses.

Castagnaccio is a typical sweet made from chestnut flour, sultanas, pine nuts, walnuts and rosemary. It’s a simple autumnal unleavened dessert, now known and enjoyed all over Italy. Brown in colour, more or less dark depending on the flour, it has a moderate thickness and a compact but soft consistency.

Cover photo by Rhodan59 from Pixabay