Pastiera e Casatiello, how to celebrate Easter in a typical Neapolitan way 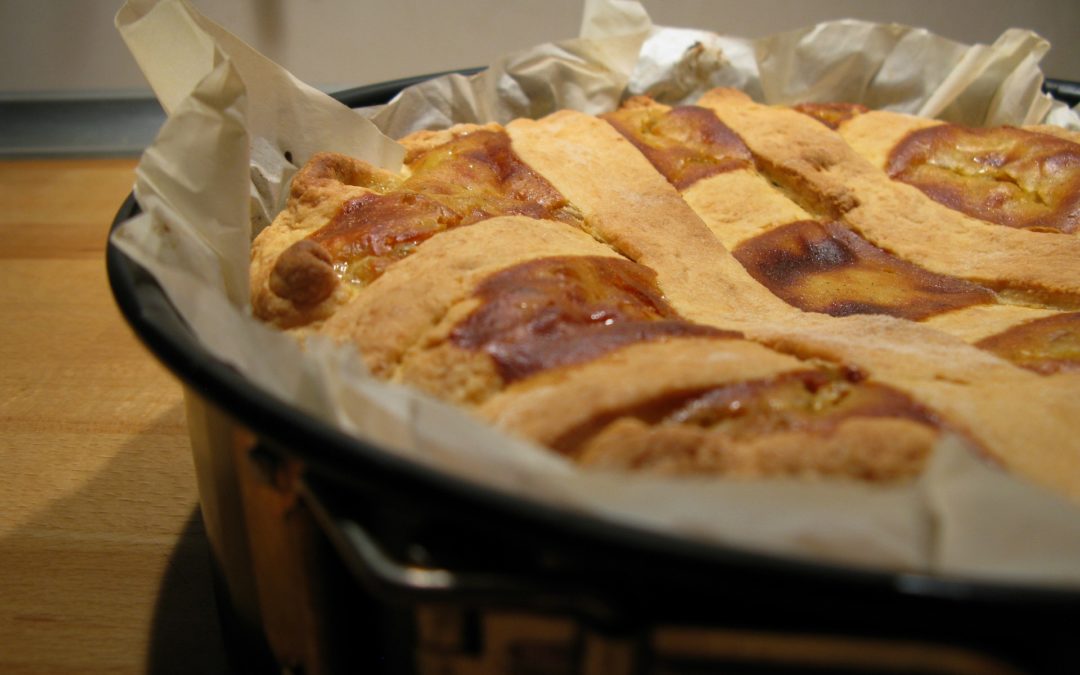 Recreate a Neapolitan Easter with Pastiera and Casatiello

Would you like to celebrate Easter in a typical Italian way? The Neapolitan cuisine is here for you. Naples has got an actual procedure to follow on Easter’s Day. From Fellata to Pastiera, the Easter menu is not by chance, but it is the result of the Neapolitan heritage and, therefore, a symbol of its old culinary tradition. Casatiello and Pastiera are well-known throughout Italy for being the typical southern Easter dishes. A sweet and savoury specialty that everyone can carefully replicate at home.

Pastiera: a sweet dessert with an ancient past

Many stories and myths surround Pastiera’s history: some more accurate and some less. Following the Christian religion, Pastiera is a symbol of peace and Resurrection. Actually, Pastiera’s history goes back in time, long before Christianity. In fact, its origin is linked to a charming myth – i.e. the legend of the Partenope mermaid. It is said that people carried gifts to the mermaid at the Gulf of Naples. They were seven, symbols of nature’s gifts: orange blossom, ricotta, flour, eggs, wheat, sugar and spices. Eventually, she mixed them all together creating this delicious dessert. Obviously, this is just a legend, but what is sure is its religious origin. The Cerere priestesses used to worship eggs, as a symbol of rebirth. Along with other ingredients, they created a dessert, that was regarded as something connected with the death and resurrection of Christ. Soon enough, the Pastiera became a popular and iconic dish among Neapolitans and among Italians. Many other stories and legends cross its past, until we reach modern times: nowadays, Pastiera is a tasty dessert, based on ricotta, orange blossom, eggs and shortcrust pastry. The recipe is slightly different in every Neapolitan family, but any variety is accepted as long as it not missed on the Neapolitan tables on Easter Sunday!

On the other side, Casatiello is a sort of salty doughnut, which is filled with cheese and salami. Yet, its distinctive trait is the eggs: they are on the surface, under crossed strips. But why “Casatiello”? The name derives from the word “caso”, meaning “cheese” in the old Neapolitan dialect, which in turn derives from the Latin “caseus”. At first, it was just a cheese bread and then, over time, more ingredients were added. This Neapolitan specialty was already widespread during Greek and Roman times. In particular, it was served during spring feasts in honour of the Cerere goddess. Later on, the Casatiello became something related to the Catholic Easter – the circular shape is a representation of Jesus’ crown of thorns, as well as the Resurrection. Casatiello could be mistaken for Tortano – another Easter dish belonging to the Neapolitan cuisine. Both are salty cakes, the main difference lies in the position of eggs: on Casatiello, they are placed on the surface, whereas Tortano contains them in the filling. Overall, Casatiello is a heavy dish and that is the reason why you might hear Neapolitans saying the following statement: “sì proprio’ nu casatiello”, addressed to someone annoying or boring.

Pastiera and Casatiello: how to make them easily at home

Cook the wheat, the milk, the orange peel and the sugar all together and let it cook until you have a creamy compound. Let it cool. In a bowl, pour ricotta, sugar, eggs, salt, orange peel and lemon peel, candied fruits and orange blossom water and mix it all. Eventually, combine the compound with the cooked wheat and mix until you have a sort of cream. Then, let the cream cool in the fridge. In the meantime, make the shortcrust pastry: knead the butter, the sugar, the eggs, the orange peel and the flour. Knead well, wrap the dough in cling film and put it in the fridge. As soon as the shortcrust pastry is very cold, roll out the dough and put it in a cake pan, but remember to not use it all. Pour the filling, and create some stripes with the remaining dough. Finally, cook for about 1 hour and 20 minutes in the oven at 180 degrees. When the pastiera is done, let it cool for 12 hours.

Check the video of the Casatiello recipe by Malafemmena Berlin.