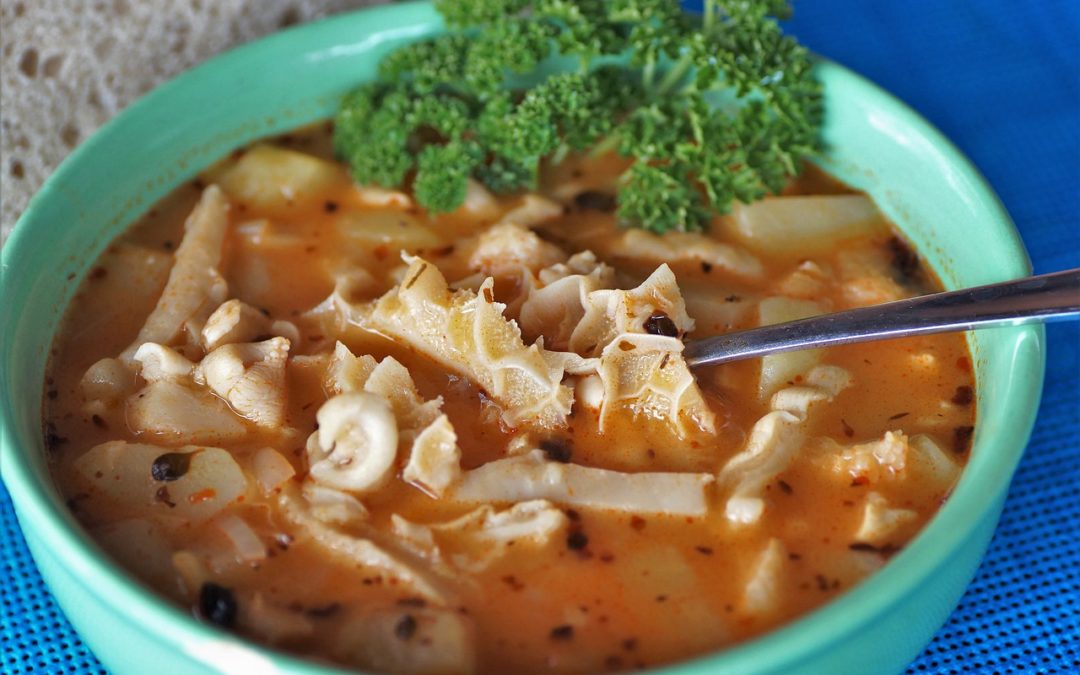 Trippa (tripe) is one of the most popular dishes of Italian cuisine. It comes from the common tradition of using poor ingredients to create amazing delicacies.

Tripe is the edible lining from the stomach of various farm animals. Most tripe is from cattle and sheep. Usually, it is used the beef rumen, the first of the four stomachs of the animal. Additionally, other parts are used: the three gastric sacs (reticulum, abomasum and omasum).

It may seem controversial, but Tripes is a low-fat-food, full of proteins. Since it was not a fat cut of meat, it was not considered a noble cut, therefore it was cooked by the lower class. For sure tripe is a low-fat cut of meat, perfect for low-calorie diets if the cooking method is calibrated well. Additionally, it is rich in iron and has a high quantity of vitamins B group.

Tripe is consumed all over Italy

Tripe is consumed in many Italian regions like Veneto, Tuscany, Lombardy and Lazio. It is one of the most popular dishes in Italian cuisine and nowadays it is very often offered by excellent tavern and inns. It is usually sliced and cooked in various methods, according to the tradition of the regions.

The most famous versions are the Milanese tripe and the Florentine tripe.

Milanese tripe, also known as ‘Busecca’, is one of the representative features of Milano’s cuisine. It was cooked during festivities and traditionally consumed the day before Christmas. This dish is made of tripes, broth, beans, carrots and celery.

Florentine tripe is one of the most ancient and famous dishes of Tuscan cuisine. In the fifteen century it was a main dish made of offals and aromas, while about 300 years later, this recipe has been revisited with the addition of tomatoes.

In Naples It is known as ‘zuppa e’ carnacotta’ and it is a very poor and ancient dish made of mixed tripes, stale bread and a little bit of pepper and parmesan at the end. The soup must be served really hot with some toasted slices of bread, accompanied by a good glass of wine.

Recipe of the Florentine tripe

a glass of white wine

a clove of garlic

Let the tripe boil in salt water for about 20 min, drain it and immerse it in cold water. In the meantime, halt the olive oil in a saucepan (better if made of terracotta) with the clove of garlic. Add the celery, carrot onion and basidium all chopped, mix until it starts changing colour over low heat. After 20 min pours the wine and lets it evaporate. Add the drained tripe and sprinkle with half of the Grana Padano. Add the peeled tomatoes, salt and cooked it for 30/40 min by adding some water in case the tripe tends to be too dried.

Serve it on a platter with some slices of toasted bread and  Bon appetite!

Photo by ivabalk from Pixabay