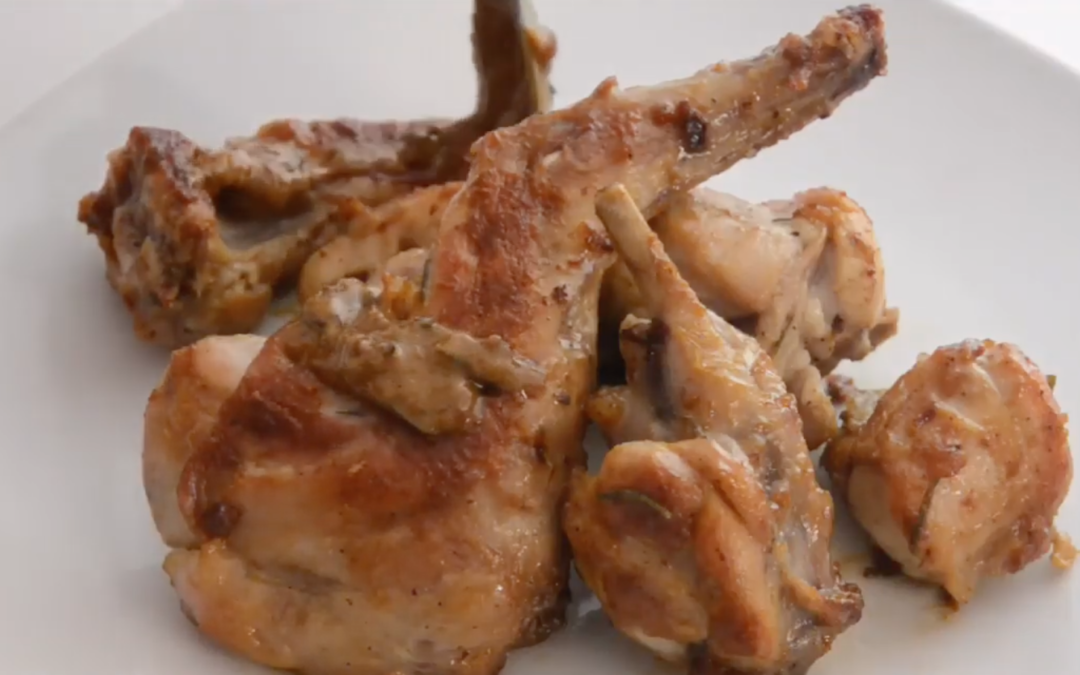 How much do you know about Potacchio?

Potacchio is one of the most ancient recipes of Marche’s tradition. Rosemary, garlic and white wine are the basis of this delicacy. This is a meat second course, very tasty with a rustic flavour. The most common meat that is used in this recipe is chicken. Let’s see together its history.

A bit of history and origin of Potacchio

There are two legends on the origin of the term ‘in Potacchio’. The first one says that it’s from the French word “Potage” which successively derives from the Latin “potare”, meaning ‘to drink’. Another, more likely, theory is that the term comes from the Germanic pot, a possible reference to the recipient used to cook the meat or fish. Potacchio makes its appearance in Italy in the 16th century with the name of the ‘potaccio’.

The cuisine of Marche region is full of simple and genuine products and most of the typical dishes need slow cooking. An historical and poor cuisine, where the portions and the cooking time of the dishes are determined by eye.

A lot of different ingredients in Potacchio

As said before, the most common meat that is used “in Potacchio” is chicken, but you can also use a lot of different varieties of white meat and also fish, lamb, pork, and vegetables as aubergines. One of the most known variants is monkfish tail and monkfish in potacchio.

Un post condiviso da L A U R A (@laura_castellabate)

The traditional recipe of Pollo in Potacchio

Let’s start. Cut the chicken into medium-sized pieces. In a pot heat three spoons of oil and add the onion (thinly sliced) and when it turns transparent add the clove of the garlic.

Add the chicken stew, salt, pepper, and cook it for a few minutes on a high flame. When the meat is well colored, add the tomato sauce and rosemary. Pour the white wine and let it evaporates. Lower the flame, cover the pot, and let it cook for 45 minutes. The chicken should be well cooked and its sauce should be reduced.

Here it is your Pollo in Potacchio! Place it in a dish and serve it still warm. This is the perfect recipe for Sundays with family. Enjoy!