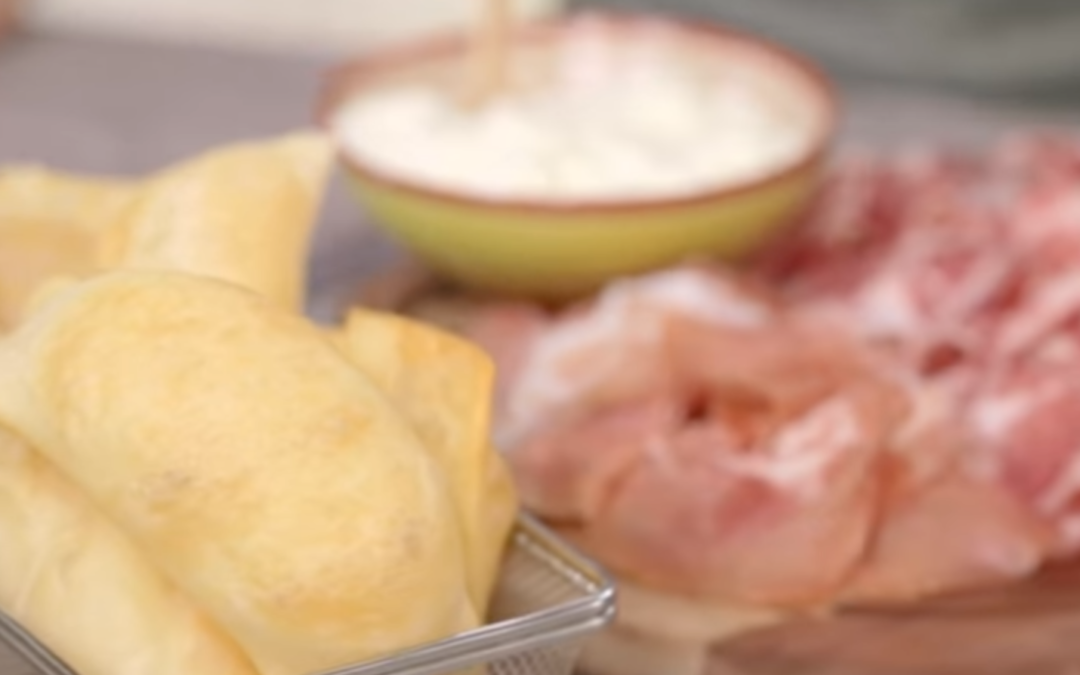 Gnocco Fritto is one of the most famous and delicious dishes of Italian cuisine. This recipe belongs to traditional Emilian gastronomy and it’s one of the most known street food in the country. All over Italy, this specialty is known also with other names as for example Fried Pie (Parma), Chisulén (Piacenza), Pinzino (Ferrara), and Pinsìn (Mantua). This is a delicious appetizer made with flour, water, yeast and lard. It is always accompanied by its “relative” Culatello di Zibello or Parma ham or other types of cold cuts and cheese. If you want to drink something with Gnocco Fritto, the perfect wine is Lambrusco, typical of Emilia Romagna.

Do you know the origins of this recipe?

Also if gnocco fritto is one of the most typical dishes of Emilia Romagna cuisine, not everyone knows that its ancient origins lie in the culinary tradition of Langobards. After the fall of the Great Roman Empire, they conquered these lands and it seems that the secret of how to make this great recipe was passed down to the people of Emilia. The famous secret ingredient is lard. Gnocco Fritto’s history has gone further and, over the centuries, this preparation has spread throughout the Emilia-Romagna region. At that time pigs were slaughtered at the beginning of winter in order to have sufficient supplies, and as there was plenty of lard, this recipe was often made. Until the mid of the 20th century, it was the staple food of the peasant winter breakfast.

One dish, a lot of varieties

As every traditional recipe, also Gnocco Fritto has a lot of different varieties. Some cook gnocco fritto without lard while some prefer to cook it in the oven (to make it lighter). Others prepare a sweet option: they pour sugar above or place Nutella inside.

First of all mix water and milk. In a bowl add the plain flour and the yeast (sieved), sugar and salt. Mix and then add the lard. Knead the dough with your hands, meanwhile, pour in the liquids. Once the powders have absorbed the liquids, transfer the dough on a floured table. Make it into a compact ball. Put it in a bowl and cover it with plastic film. Let it rest in a cool place for at least one hour up to a maximum of 12 hours.

Now spread some flour on the table, place the dough on it and divide into loaves. Take one and roll it out with a rolling pin until it is very thin and then cut out 8x7 cm parallelograms. This should result in about 50 pieces. Do not throw away the scraps, but knead them again.

Cook them in a pot with warm oil (170°) for a minute. When one side is browned, turn and continue with the other side. Drain on absorbent paper and continue like this with all the other pieces. Your fried dumpling is ready, enjoy it hot!