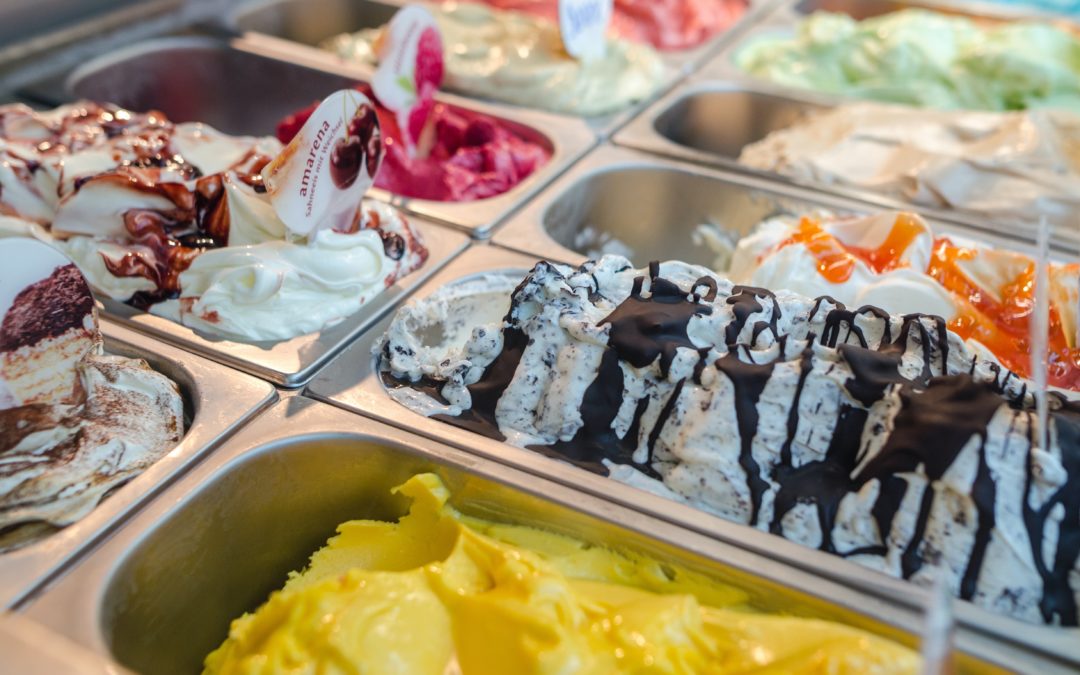 We can all agree that nothing is better than a good, fresh ice-cream in a warm summer afternoon and we are so used to this treat that we cannot imagine life without this sweet pleasure. As a matter of fact, ice-cream has been part of the human diet for much longer than you would think.

The first legends regarding the origins of ice-cream date back to 3000 BC in the eastern countries, around China, where people used to consume a frozen mix of milk and cooked rice. It is said that later on, after the Mongolian invasions, this food reached Turkey and Greece: according to the legend, an ancestor of ice-cream is to be found in the Bible, where Abraham drinks a frozen beverage made with goat milk and snow. Some historic documents from around 500 BC found in Greece contain references to a form of ice-cream made of snow mixed with honey, lemon and pomegranate juice, consumed also by historical characters such as king Solomon and Alexander the Great. Even in the ancient Egypt, Cleopatra is said to have offered Anthony fruit and ice.

Later on, back in the East, the initial version of ice-cream was further developed into a cold dessert made with frozen fruit juice, which was brought in Europe by Marco Polo in the 14th century. In the meantime, in the Middle-East the first sorbet was invented, consisting of really cold drinks made with citrus fruits, and it is through the Arabic populations that ice-cream first entered Italy.

A long refinement towards the modern ice-cream

From the 9th to the 11th century, Sicily was dominated by Arabs who brought their “sherbet”, the sorbet, in the island, too. Here, the population started to use the snow from the volcano Etna in order to freeze these beverages and used sugar to make them sweeter, and so the ancestor of today’s artisanal ice-cream was born.

In the 16th century Europe was overwhelmed by the new products imported from America and the introduction of new spices, cocoa, coffee and had a huge role in the further growth of this dessert’s popularity: it could be said that even ice-cream was a popular product during the flourishing Italian Renaissance. In 1565, at the court of Caterina de’ Medici in Florence, the architect Bernardo Buontalenti was the creator of a recipe very similar to the one of the modern ice-cream, made with milk and egg white; a century later the Sicilian chef Francesco Procopio dei Coltelli introduced a curious machine to produce his sorbets and in 1686 he founded the Café Procope in Paris, where he conquered the approval and appreciation of no less than Louis XIV, the Sun King.

In the 18th century, ice-cream had spread in all European capitals and even reached America for the first time, where, a century later, a woman, Nancy Johnson, invented the first ice-cream machine.

We need to wait until the XX century in order to get to the last fundamental addition: the cone. The actual invention of ice-cream served in a waffle cone is still debated, but the first man to patent it was the Italian Italo Marchioni, who believed that substituting the ceramic glass with an edible cup was an interesting novelty… and a cheaper investment.

Photo by Lukas from Pexels