Italian spices, from the most common to the unknown treasures 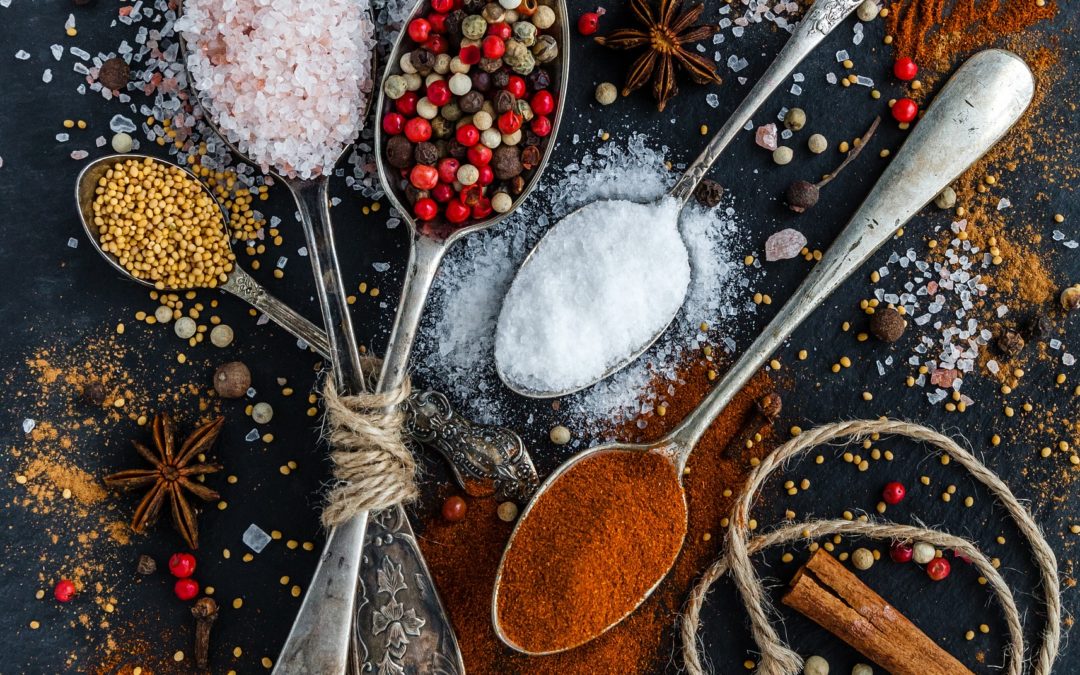 How much do you know about Italian spices?

Spices and aromatic herbs, as you know, have really ancient origin. These product cover a fundamental role in the Italian cuisine. They envelop dishes with aromas,  transforming meals into extraordinary experiences.

Before starting, let’s see the difference between spices and aromatic herbs. Spices are used to reinforce the flavour of a dish, while aromatic herbs to intensify the aroma. The aromatic herbs most used in Italian recipes are rosemary, parsley, basil, bay leaf and sage but these are not the only ones.

Spices have an important role since their discovery. In the Middle Ages, these were the products with the highest value, and were very important for the commercial routes. Spices were the reason why Vasco Da Gama developed the route to India. Originally spices were use as medicinal and currency exchange.

Spices are widely used in Italian cuisine, we all know the most common but let’s see the less known ones.

Cardamomis: the queen of the spices, despite it’s not so widespread in Italy compared to other spices. This spice is widely used in the cuisine (not just in Italy). It’s ideal to flavour meat and vegetables dishes, rice, dessert but also drinks. It grows in Italian southern regions.

Sumac is an ancient spice, very widespread in the Middle East. In Italy is not used that much but Sicilians are rediscovering it in recent years: in fact the only crops of Sumac in Italy are located in the region of Sicily.

Berberitzen is a typical Middle East’s spice. It has many healing properties but also nutritional. No wonder that chefs in many countries add these berries to their dishes. It is mainly used for infusions too. This plant grows everywhere in Italy except in the southern regions.

Let’s discover one of the most used spice: peperoncino!

The chilli, with its unmistakable taste and colour, adds taste to many Italian recipes. It has also a lot of beneficial substances. It features some of typical Italian dishes as spaghetti with garlic, oil and chilli and penne all’arrabbiata.

How to prepare Penne all’arrabbiata

First of all, put a pan and add oil, garlic (without peel) and the chilli (chopped). Let them fry and then add the tomato sauce and salt, mix and let it cooks for 12 minutes. Meanwhile boil pasta in salted water. After 12 minutes remove garlic from the sauce, drain the pasta and add it to the sauce. Add the parsley and serve the pasta when it’s still hot.