Fennel and orange salad, the quick and tasty road to Sicily 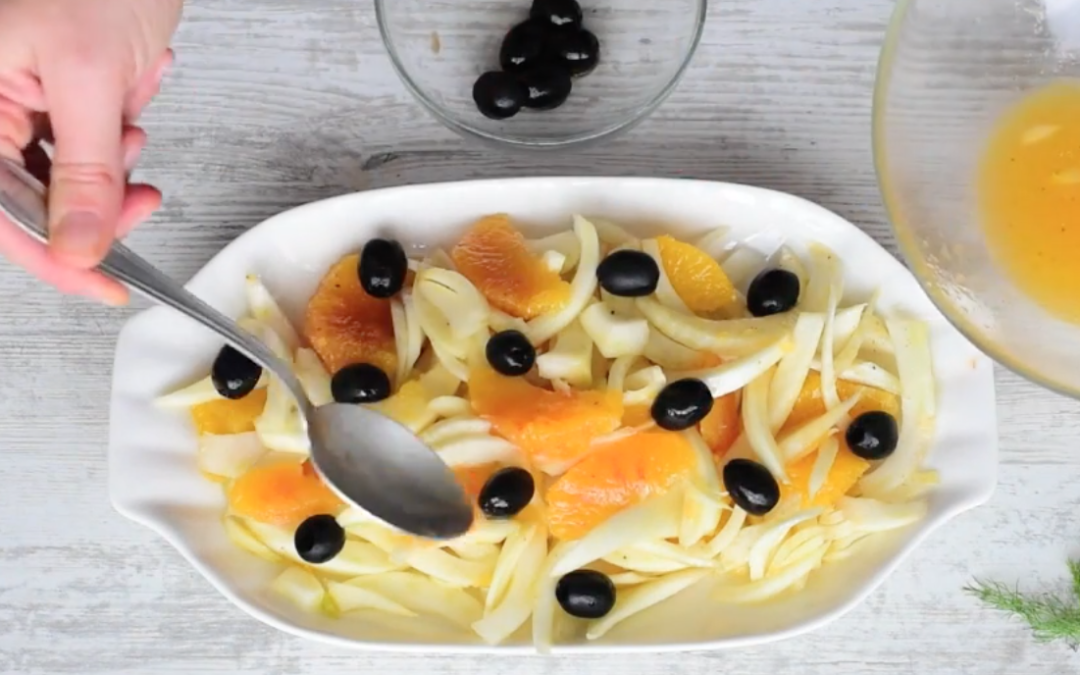 A fresh and tasty salad for a quick lunch, that will take you to Sicily in one bite.

Fennel and orange salad is a light and refreshing side dish, typical of Sicilian cuisine. This dish can be served as an accompaniment to a rich second course or as a tasty aperitif. Even in winter, salad lovers can find delicious combinations of ingredients such as fennel and orange, which can also be enriched in many different ways. It is the perfect vitamins and minerals concentration, very well known also as a vegetarian or vegan recipe. Usually, however, this salad is enriched with black olives, Tropea onions – also fresh when in season – and salted or pickled anchovies or sardines.

The traditional Sicilian dishes are the melting pot of various cultures (Spanish, Arabic..) and thanks to Sicilian chefs, they have become popular all over the world. Chefs have been able to enhance the taste of even the simplest ingredients by transforming them into pasta dishes, main courses, side dishes or even desserts.

The origins of this salad are, of course, related to the history of the oranges themselves, which were imported into Europe in the fifteenth century. The recipe has its origins in the Arab domination.

A lot of additions and variations

To prepare this salad, first of all we have to wash the fennels, take off their stems and beards, and then cut them into small slices.

Squeeze an orange, take off the peel of the other two oranges and cut them in pieces. Now let’s compose our salad. Put in a bowl the oranges, the fennels and season with oil, salt and pepper. Add the orange juice and mix.

Let your salad rest for at least half an hour so that the ingredients mix well together. The result will be amazing!!