The Genovese in Naples 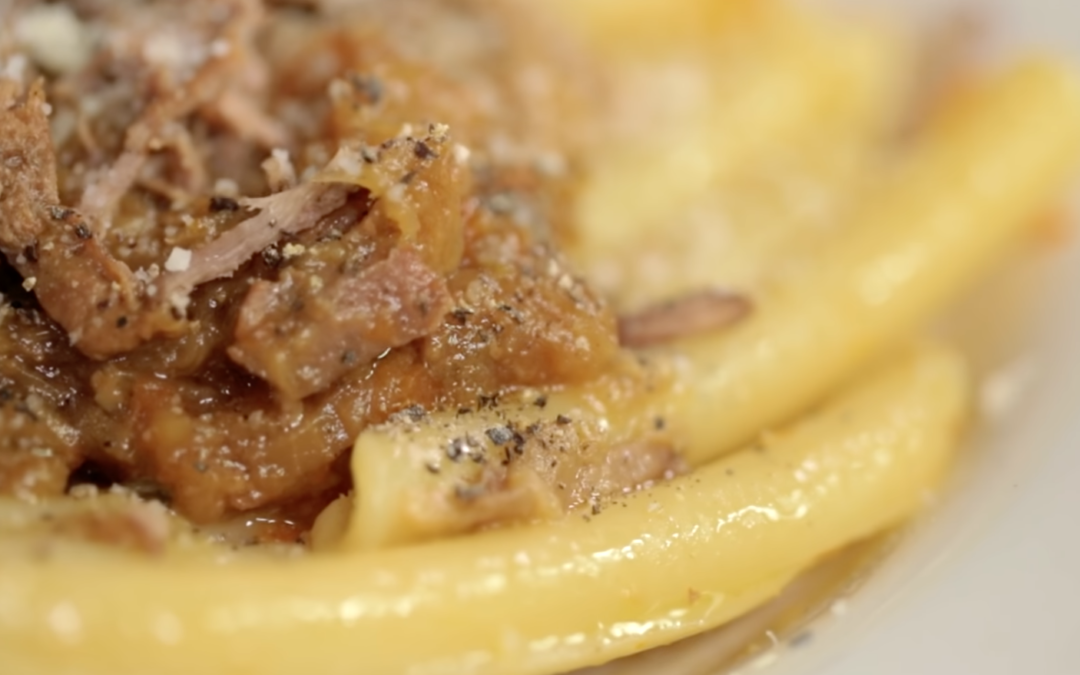 The Genovese, the Neapolitan ragout

The Genoese is a traditional recipe from Campania, very popular all over Italy. Although the name refers to the Ligurian city, this recipe doesn’t come from its territory. The Genoese is a ragout sauce perfect for pasta recipes: it’s a very special one, without tomato sauce but with lots of onions and meat. The onions take on flavour during the long cooking process and turn into a puree, giving the dish a sweet note. Typically, the Genovese ragù matches to a specific type of pasta: ziti.

The history of this sauce through many legends

There are a lot of legends about the origin of this dish, let’s discover three of them.

The most ancient source about The Genoese goes back to the 13th century. It made its appearance in the book “Liber de coquina” mentioned in the recipe “De Tria lanuensis”. The term “Tria” seems to have been used in those days to refer to pasta. The recipe also mentioned that the sauce was made with meat and onions.

The second source refers to the movements of seamen during the Aragonese period, when the capital was the Kingdom of Naples. During stops in the port of Naples, Genoese sailors used to prepare a dish of onion and meat. This explains the origin of the name of the “The Genoese” sauce we all know today.

The most important and known story about the birth of this recipe is the one about a very famous chef from Naples, who it is said to be the creator this dish. This chef worked in one of the best Neapolitan trattorias, in the 15th century, known to all as ‘O’Genoese’.

Just as there are many stories about it, this recipe has many variations. The most known are Tuna Genovese, Octopus Genovese and Genovese “at Vomerese”. The Vomerese version includes tagliatelle instead of the classic ziti. This sauce is also used to prepare the classic Genovese’s Lasagna.

To prepare The Genoese start cutting finely the onions, the carrots and the celery (do not throw the clump). Then move on to the meat: remove any excess fat and cut it into 5 large pieces. Then, unite the celery clump, the parsley and the laurel leaf and tie them with a kitchen string, to create a bouquet. Put the oil in a pot and add onions, carrots and celery, allow them to take on flavour for a few minutes over medium heat. After few minutes add the meat pieces, lower the flame, cover with a lid and let it cook for 3 hours (remember to mix sometimes). After 3 hours, remove the herbs bouquet, high the flame and add the white wine. Cook now the sauce for about 1 hour. Take a piece of meat and shred it on a chopping board and keep it aside. Finally, cook the ziti in boiling salted water. When the pasta is cooked, drain it and return it to the pot. Add a few tablespoons of cooking water and mix well. Add the sauce and the cut meat, pepper and grated Parmesan on top.

Here you are your Ziti with the Genoese ragù!