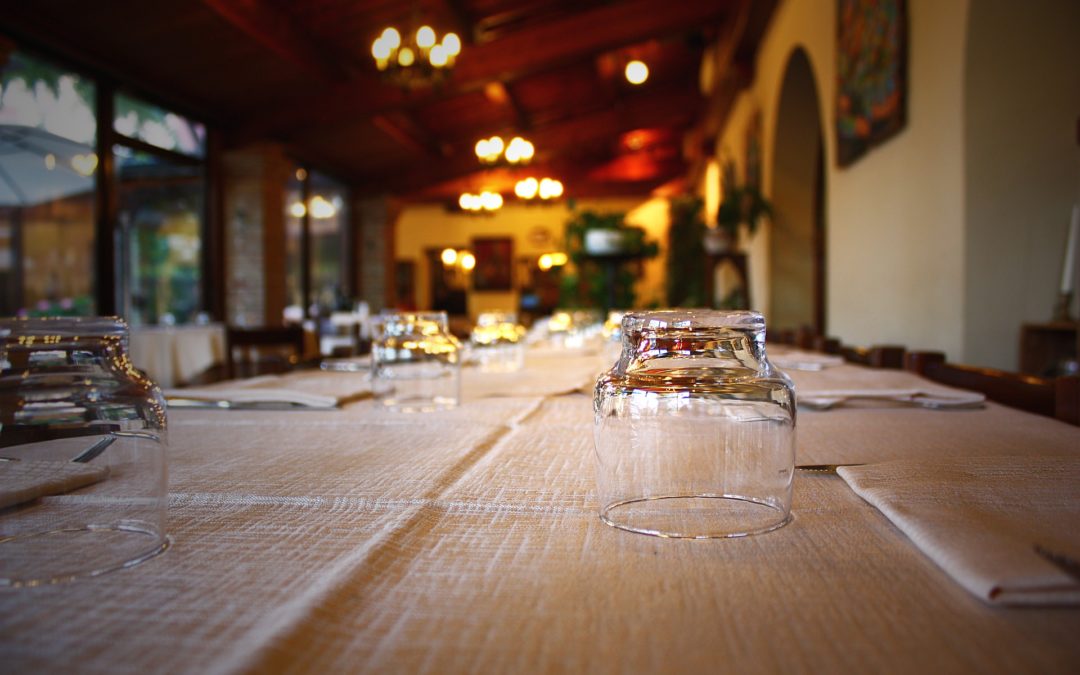 The common imagery pictures the trattoria as a rustic and welcoming place. Is this dreaming vision nowadays still alive?

The (very) good answer is: yes! Trattorie as we imagine still exist and they are all over Italy. Welcoming and informal places, where people sit at tables covered by a white and red square tablecloth, food comes from traditional and local recipes, and the interiors are rustic and simple. But before digging into the topic and finding the best ones, let us discover the origin and story of Trattoria.

From the origins to today

The term “trattoria” comes from the word trattore, who was the owner, and the chef, of the restaurant. In turn, trattore comes from the French traiteur, which derives from the Latin verb tractare, that means “to prepare”. It is possible that its first appearance coincides with the ascension of the bourgeoisie who started to travel for work or tourism reasons. After the French Revolution, which means the end of the French monarchy, the court chefs had to reinvent themselves, and most of them started working for the Nouveau Riche. This phenomenon prepared the ground for the rise of the restaurants, whereas in Italy something really different happened. In the same period, places called “osterie” started appearing all over Italy. Here, common and simple people would gather and mainly drink. The food served was only some cheese, ham and sup, very different from what, later in time, a trattoria would offer. When osterie started to establish themselves, especially in towns and along commercial roads, not only wine and some simple dishes were served, but a real and traditional and local cuisine started to be offered. The focus shifted from the oste, who would offer wine and entertain clients, to the trattore, who was the chef and stayed mainly in the kitchen. The phenomenon of trattoria slowed down in the 20th century due to wars and fascisms, but once they were over and people started perceiving new wellness, Italians felt again the need to go out, eat and drink with family and friends. In the last period, different kinds of trattoria started rising, for example the gastro trattoria, more formal compared to the original one. Still, the phenomenon of the “classic” trattoria is not dead at all! They are still in almost every city and town all over Italy, ready to welcome clients with tradition, authenticity and delicious dishes.

Trattoria should not be confused with its cousins osteria and ristorante. It is definitely more formal than an osteria, but less formal than a restaurant. What they all have in common, is that they are places where people can sit and enjoy food, but they differentiate themselves in numerous aspects. Firstly, the affordability of the food. In a trattoria it is difficult to pay for a meal more than 30 euros, but this does not mean at all that the quality is lower than a restaurant. Secondly, the furniture tends to be rustic and simple, and this is one of the reasons why the local gives a perpetual feeling of hospitality and warmth. Moreover, the food offer is another aspect that distinguishes a trattoria from a restaurant: the choice is smaller, the dishes might variate even every day, and the fruit and vegetables served are seasonal. The recipes are usually local and traditional, it often happens that the chef follows the same recipe her grandmother was using. This is why the food in a trattoria has a different taste, more authentic. The wine of the house is served in jugs and it comes from the nearby: in a Trattoria in Lazio would be very difficult to find some wine from Veneto, even if fancy, or, maybe, exactly because the most notorious brands are avoided, and the local wine is preferred.

According to 50 Top Italy: 2021, the three best trattorie in Italy are Antica Osteria del Mirasole, in Bologna, La Brinca, in Genova, and Nù Trattoria Italiana dal 1960, in Frosinone, close to Rome. But let us have a virtual tour all over Italy and discover the best trattorie of the main cities with their typical cuisine, according to The Fork.

Trattoria has not lost its original and rustic taste. It is still possible to enjoy delicious and traditional food in a welcoming atmosphere!

Photo by Giacomo Zanni from Pixabay