The Olympic Games are here! Let’s discover the athletes’ diet choices to achieve the perfect performances 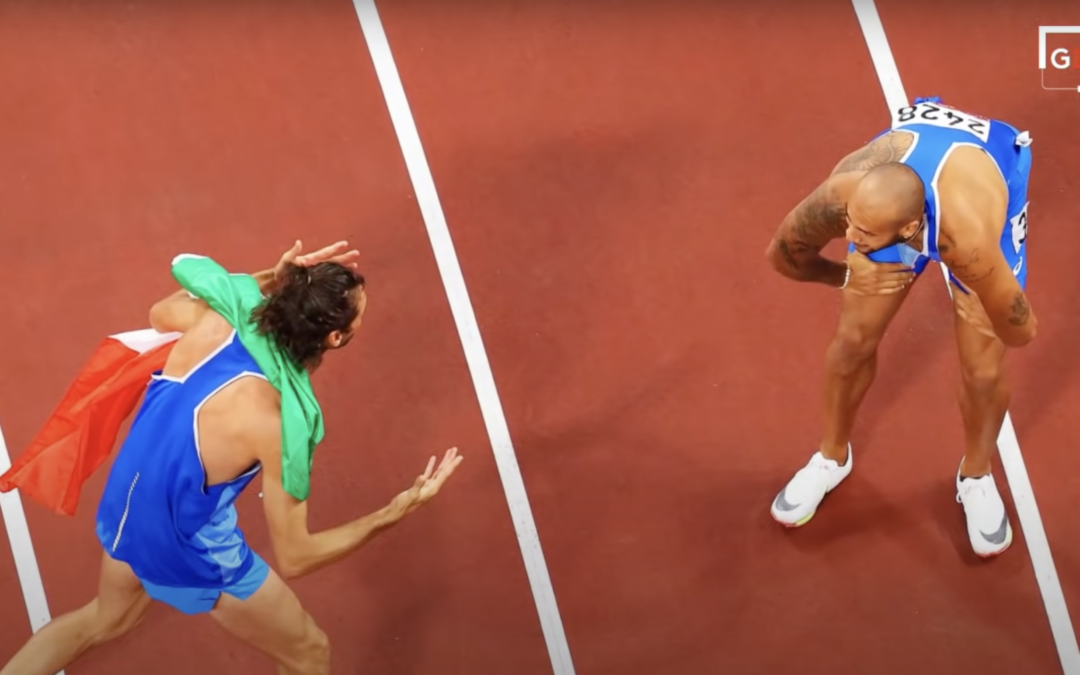 Each and every athlete has to have its specific calorie intake in order to fuel their performance. For example, a marathon runner might burn 2000 calories or more during one event alone, while on the other hand, a 100-meter runner burns just 10 in one go. However, one thing is certain, athletes’ energy depends on their training and the endurance the sport requires. We can agree that an Olympian’s diet has to be healthy but complete, with a mixture of carbohydrates for energy, protein to lean body mass, healthy fats to increase calories and handle inflammations and, of course, fruits and vegetables. Diets can differ but one thing all participants must be careful about is hydration, whether is incorporated with vitamins or mineral salts, water is of utmost importance.

Italy has had outstanding performances so far in Tokyo, keep reading as we discover what our gold medalists like to have before competitions

Marcell Jacobs, rigid diet but with a “vital” roman dish

The Italian American athlete’s diet is very strict but it leaves him free once a week to enjoy his favourite Roman dish, an “essential” dish. Four litres of water a day and a high amount of protein are fundamental to feed the lean mass of his sculptural physique.

He says in an interview: “Since I moved to Rome, I have one free meal a week which is Amatriciana and I love it. It’s a must. I started with Carbonara, but Amatriciana has that little bit more”. The champion explains he can eat a 250-gram plate of pasta stating “It must be a nice well-prepared dish. If I have this cheat meal, at least I have it the right way”.

Gianmarco Tamberi and his 300 days a year diet

Another example of a totally different diet for the high jump gold medalist Tamberi. He follows a strict diet for 300 days but between the months of September and October, he lets himself go with whatever he craves at the moment. Once he’s back on track, he said in an interview for Gazzetta Dello Sport: “I eat everything and almost without limits. Pizza, ice cream, even Nutella. Although even then I love to eat healthily, and I spend hours on websites to find the right places.” Then, he returns attentive and scrupulous, saying goodbye to fats. He eats as lean as possible, only quality products. But on his table, for example, there is often pasta.

He prepares his own meals creating combinations of his choice being aware that a diet is a fundamental part of every athlete’s life.

The not so strict diet of the swimming legend, Federica Pellegrini

She is well used to a balanced diet, but with some deviations from the rules sometimes. Her thought is that swimming is a difficult sport, and if one has to feel constrained to eat, it will become even too complicated. She thinks of cooking as a gratification, with snares, but without excesses. No gargantuan menus with appetizer, first course, second course, side dish and dessert. She eats mostly Mediterranean and in moderation, especially in periods of great training, and she tries to diversify. If anything, with a mix of carbohydrates and proteins. Which, in practice, translates into a plate of pasta for lunch. And in the evening meat or fish, for proteins. When it comes to meat, she prefers white meat over red which she doesn’t particularly like. She eats it, a least a couple of times a week. Her favourite dish though is eggplant “parmigiana” prepared by her mother Cinzia, which she could never give up.