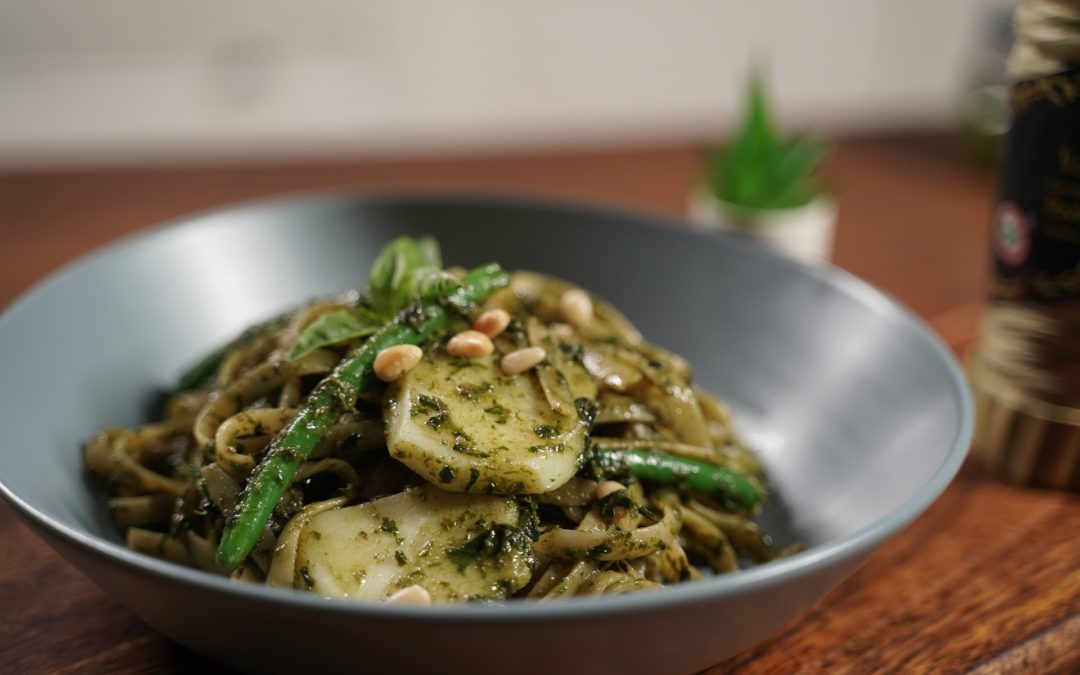 There are a lot of pasta varieties (around 100) depending on shapes and sizes.

Let’s have a look to 2 of the most known and loved.

If you are a pasta lover, you have to absolutely learn the difference between spaghetti and linguine, two kinds of long pasta, very similar but with slight differences.

The origin of spaghetti is one of the most discussed and unresolved arguments: who cooked the first plate of spaghetti, Sicilians or Chinese? It is said that spaghetti were born in the 6th century BC, in the western Asia. Initially, a simple waste produced in the royal kitchens of the Sultan, given as food to the servants. Only later it was recognized as a dish and subsequently spread in India and probably exported in the Mediterranean (and in Sicily) by the Saracens. The spread of spaghetti in Italy dates back to the Middle Age, but only in 1819 the term “spaghetti” appears for the first time in the Italian dictionary, a period in which this dish became popular in the traditional cuisine of Naples, becoming one of the most famous dishes in Italy.

Linguine instead is a type of pasta originally from Genoa, Liguria, and date back to the 1700s. This pasta was typically prepared by hand, served mostly with pesto, green beans and potatoes and it was the traditional festive dish of the Ligurian families of the time. Linguine with pesto is still the best match in Liguria today.

Spaghetti is one of the most popular and ancient kind of pasta and very easy to recognise it, but when it comes to linguine, it could be difficult to identify the two kinds of pasta for non-Italians.

Here’s the most popular recipe with these two kinds of pasta: spaghetti alla carbonara and linguine with pesto Genovese.

Let’s start preparing spaghetti carbonara: first of all, bring spaghetti to a boil in a pot of salted water. In the meantime, put the pieces of guanciale into a non-stick pan and brown them for about 15 minutes over medium heat. Pour the yolks into a bowl, add most of the Pecorino cheese (the remaining part will be used just before serving). Add a pinch of black pepper and whip by hand. Add a tablespoon of cooking water to dilute the mixture and toss.

Drain the pasta al dente directly into the pan with the guanciale and stir it briefly to season it. Remove from the heat and pour the mixture of eggs and pecorino cheese into the pan, mixing together. Finally, serve spaghetti carbonara immediately, adding the remaining pecorino cheese and black pepper to taste.

First of all, peel the potato and cut it into thin slices. Remove the ends of the green beans and cut them into small pieces. After that, put the potatoes and the green beans in a pot of salted water in order to boil them.

Boil everything, collect the vegetables with a slotted spoon and boil the pasta in the same water. As soon as the water comes to a boil, drain the pasta, keeping a little of the cooking water for later.

Now, let’s prepare the pesto Genovese: blend at medium speed the basil with the Parmiggiano Reggiano, the Pecorino cheese, pine nuts, garlic and oil. When the pesto is well blended, add a little bit of the pasta cooking water: here the pesto sauce ready to season the linguine with potatoes and green beans.

Cover photo by FatherSecret from Pixabay