Valdobbiadene, the UNESCO valley of wonders where Prosecco was born 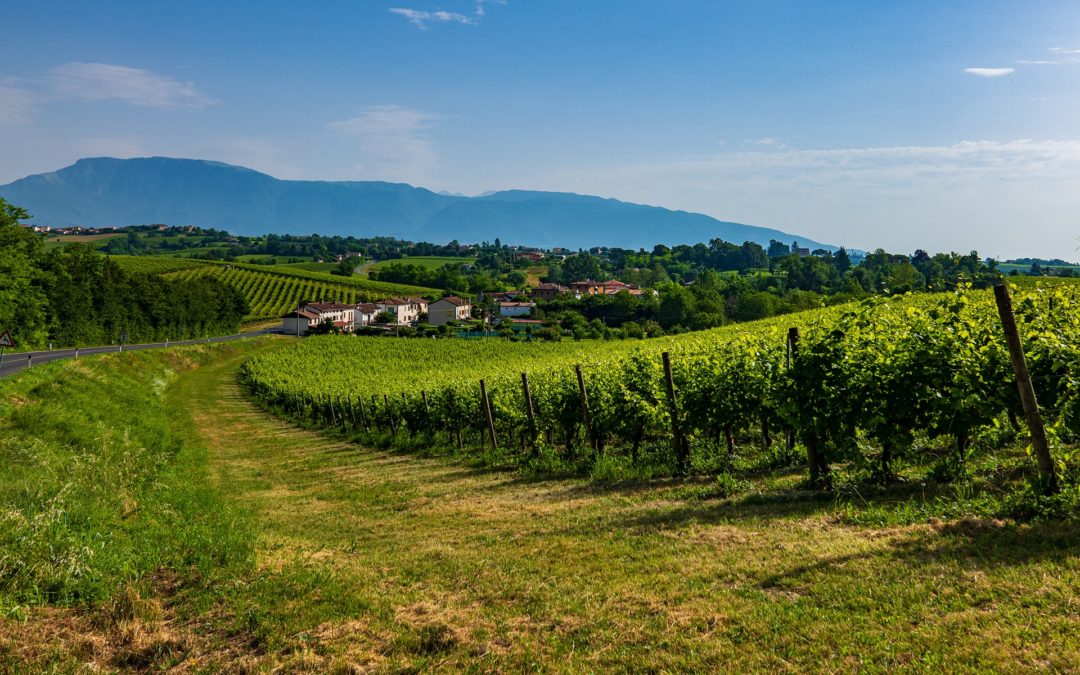 The Conegliano-Valdobbiadene hills are group of hills situated in the province of Treviso, in Veneto (northern Italy) the most known area where the wine “Prosecco of Conegliano-Valdobbiadene DOCG” is produced. The big news came in 2019 when this breathtaking area became part of a list of the UNESCO world heritage sites. This resulted 55th in the Italian sites list with the same honor and the 8th for the Veneto region. It’s now been two years since the recognition and the hills are still thriving and producing the grapes that will become one of the most precious symbols of Veneto and of Italy itself.

Prosecco DOCG, what does it mean and why it gained so much awareness

Nowadays more than 700 farms and wineries work every day to produce this wine and all the different typologies in which it comes in. The DOCG mark (Controlled and Guaranteed Designation of Origin) is synonymous of a guarantee of the origin and quality of the wine product. This certification process will also guarantee the numbering of the bottles produced and therefore the safety of not of their tampering. In this sense, you’re guaranteed a better quality of the product when choosing the Prosecco labeled DOCG which must not be confused with DOC.

Usually, a DOC wine is a wine that has kept the IGT (Typical Geographical Indication) designation for at least 5 years and it is produced very broadly across the Veneto region. DOCG is synonymous of “value”, in fact, it leads to restrictions before the bottling phase and is not easy to obtain. This step occurs only for wines that pass certain organoleptic and chemical physical analysis which serve to establish that the wine examined complies with the requirements of the specification. Upon successful completion of these exams, the highest quality certification is obtained. These tests are carried out both in the production phase and during the bottling phase, when a commission proceeds with the tasting. The wine must have a watermark seal produced by the State Printing Institute on the neck of the bottle. Still very few wines in Italy can reach this level of guarantee.

How do you know if it’s from Conegliano-Valdobbiadene?

The territory is a guarantee of excellence: the name “Conegliano Valdobbiadene”, which can be used on the label on its own.

The wines will guarantee their certification with a label on the front of the bottle with the following info:

You can choose from different types of Prosecco

The most common is the bubblier one which can itself be divided into four branches depending on the sugar level in the wine:

Then we step into the sparkling type which is a little less fizzy and can be considered a wine with a less amount of “perlage”, it has more of a faint yellow color with clear sight of bubbles.

The last but certainly not least type of prosecco is the still one, the one which doesn’t have “perlage” at all, it has a more intense yellow color and a drier flavor.