Fettuccine Alfredo, the strange case of a mistaken symbol of Italian cuisine for Americans 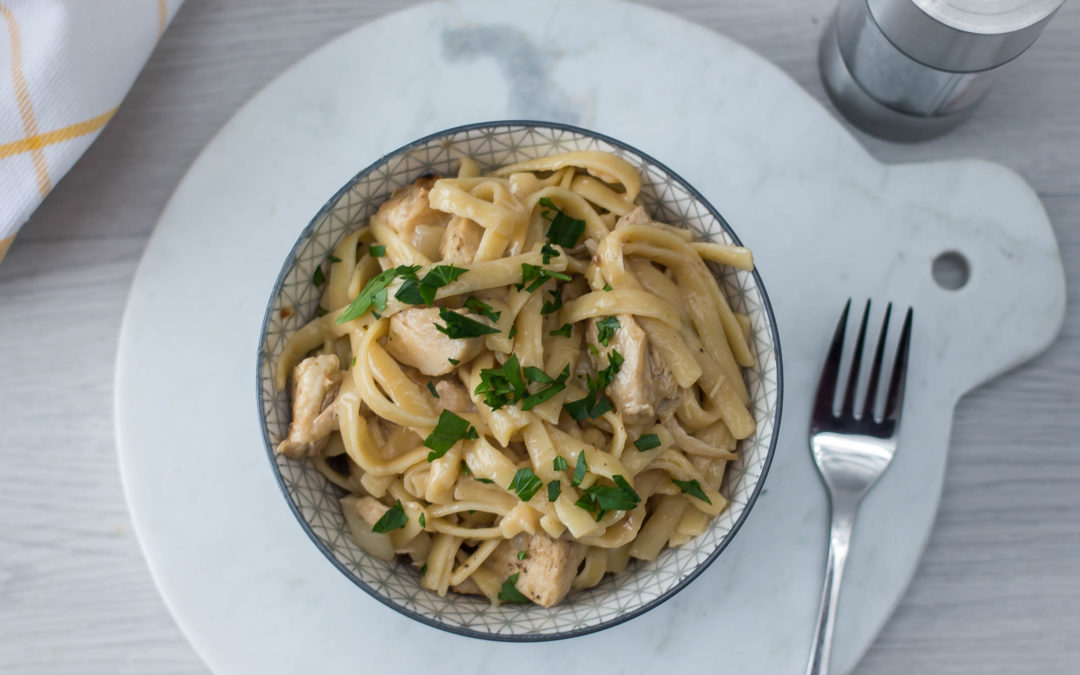 Fettuccine Alfredo, a very popular dish known all over the world

All over the world but mostly in the USA, Fettuccine Alfredo, is considered the symbol of Italian cuisine. But in Italy, this recipe is not so well known. Fettuccine Alfredo: tagliatelle, heavily seasoned with butter and parmesan cheese; the creamy sauce is the special feature of this dish. Although it is known all over the world and little in Italy, this recipe does not have many variations. Usually, broccoli, cream, parsley, garlic, chicken, shrimps, truffle, tomato, or turkey are added.

The recipe was created in 1914 by Alfredo, the owner of a restaurant in Via della Scrofa in Rome. He intended to restore his wife’s strength, weakened by the hardships of pregnancy and childbirth. She liked it so much that she suggested to her husband to put it on the menu and from that day on it became the restaurant’s strong point! But the real success of fettuccine Alfredo came when Mary Pickford and Douglas Fairbanks, two famous American actors, tasted this pasta dish during their honeymoon in Rome and were so enthusiastic about it that they gave Alfredo as a sign of gratitude two gold cutlery, spoon, and fork, engraved with the dedication “To Alfredo the King of Noodles“. From then on, Alfredo’s restaurant became a very important destination for the American stars of the 1920s who contributed to the success of the dish overseas! This recipe is not offered by Italian restaurants, having been a random creation of the chef Alfredo, and is a recipe that is served only in the Alfredo restaurant in Rome. Moreover, Italians are not thrilled that this recipe is so strongly associated with Italy, as it is not a traditional dish and there are recipes much more authentic, more representative and more identifying of the Bel Paese. Indeed, no real Italian restaurant has this pasta on the menu.

To prepare Fettuccine Alfredo, first of all, let’s prepare the homemade pasta. Sift the 00 flour in a bowl 1 and add the eggs. Work the dough until it is homogeneous. When the dough is smooth and elastic, form a ball and wrap it in the plastic film. Let it rest for 30 minutes.

After 30 minutes, flour the table and divide the dough into 4 parts. Work one part at a time. Roll out the dough and pass it in the pasta machine to flatten the dough, from the widest thickness. Add a little flour each time and repeat the operation several times until you reach the penultimate number of the machine. At this point divide the pasta sheets into 2 or 3 parts and pass them again in the machine to the penultimate number. Sprinkle the sheets with semolina and let them dry for a couple of minutes. Meanwhile, you can boil salted water in a large pot, to cook the fettuccine.

Once the dough has dried, take a puff pastry and wrap it on itself from the shorter side. Cut around 4 mm thick washers with a knife. Unroll the washers and roll the fettuccine around your hand to form a nest and let it rest on the worktop. When the fettuccine are ready, you can cook them in the boiling water.

While the pasta is cooking, just 2-3 minutes, prepare the dressing: in a large pan, melt the butter over very low heat, making sure that it does not burn, and add a ladle of pasta water. Drain the fettuccine and add them directly in the pan with the butter, pour another ladle of cooking water and sauté briefly, stirring quickly. At this point turn off the heat and add the grated Parmesan cheese; finally season with a pinch of salt and a large amount of ground black pepper and stir to mix well. Enjoy the Italo-American Fettuccine Alfredo!