The regional cuisine: welcome to Lombardy 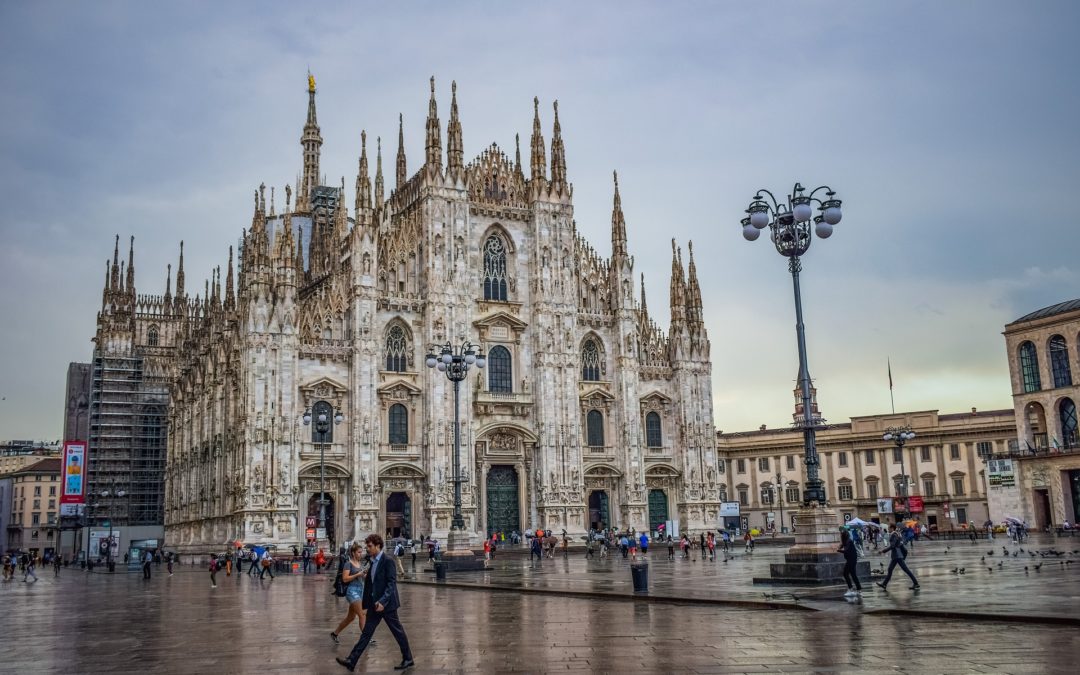 One of the richest regions in culinary traditions and typical products in Italy: Lombardy

Due to the historical past of its territory, and also to the variety of the landscape, the region of Lombardy has a very mixed culinary tradition. We can say that the cuisine of the various Lombard provinces can be united by the following traits: prevalence of rice and pasta, butter instead of olive oil for cooking, long cooking dishes, as well as the widespread use of pork, milk, and dairy products, egg preparations.

Lombardy is Italy’s main producer of cow’s milk and has a great tradition of dairy products with 14 DOP kinds of cheese. Among the most famous and well-known are Grana Padano, Gorgonzola and Taleggio.

Food tour to discover the most known dishes of Lombardy cuisine

Lombardy does not have a single dish that connotes the region, but one of the most famous dish is for sure the cotoletta alla milanese. It is said that Lombardy does not have a single cuisine but twelve, as many as its provinces. There are, however, some foods that are common to the region, such as rice, which is consumed more than pasta, with risotto alla milanese, which could be identified as a dish that symbolizes Lombardy’s cuisine. Along with rice, butter is also widely used as a condiment to replace oil in fried food.

The first dish we have to name is, without doubt, the Polenta. It appears in many dishes and can be served on its own or as a side dish with other preparations. For example, with mushrooms and other winter vegetables such as savoy cabbage. Or combined with other ingredients such as Casera cheese and taleggio cheese in the polenta typical of the Valtellina and Brescia valleys. Another important first dish is Pizzoccheri alla valtellinese, a traditional dish from Valtellina. Pizzoccheri is a first course of buckwheat tagliatelle whose indissoluble dressing is cabbage, potatoes, butter, and cheese.

Meat or fish? Treat yourself with a good second course

The beef and pork, tasty and tender, are very important for Lombard cuisine: rustin negàà (veal knots), the ossobuco, the cassoela, the cotoletta alla milanese, and the Brüscitt (beef stew). The Cassoela is a winter dish typical of the popular tradition of Lombardy cuisine. The main ingredients of the cassœula are the cabbages, and the less noble parts of the pig, such as the rind, the legs, the head, and the ribs.

Freshwater fish is another great ingredient for some Lombard recipes. Thanks to the great presence of lakes and rivers Lombardy boasts many recipes based on agoni of Lake Como and luccio perca. One of the most known recipes with freshwater fish are Missoltini.

Did you really think you could finish a meal without a good dessert?

We conclude the tour of this cuisine with a wide variety of desserts: the Milanese Panettone, the Mantuan Sbrisolona (a cake to crumble with your hands and not cut into slices), and other lesser-known desserts such as the Miascia (bread and fruit cake), typical of Lake Como, and the Bergamo cake Donizetti.

Lombardy will welcome you with lots of amazing specialties to enjoy in wonderful locations!