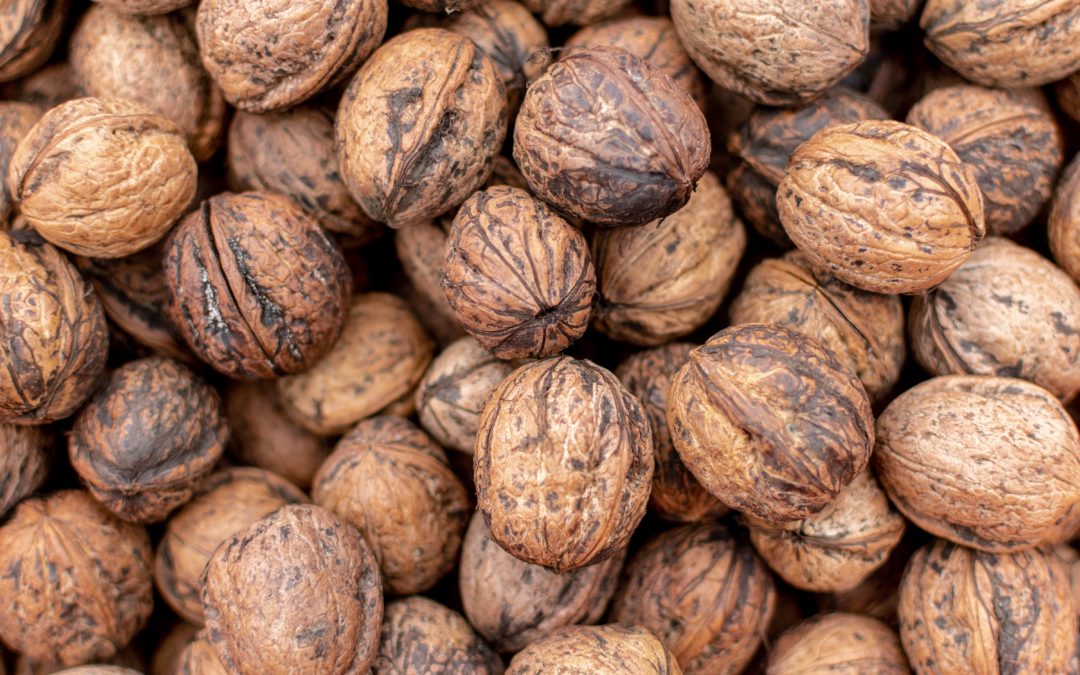 The walnut is one of the most ancient trees ever cultivated by mankind. Its importance comes from two aspects: the wood, everlasting and hard, and the fruit that can be eaten fresh or dried.

In Italy, the cultivation of the walnut tree has a long tradition but the planting is decreasing. Until 1960, Italy was the first global manufacturer, while today owns just a little percentage of production. the USA are now the main walnut producers.

The origin of the walnut tree (noce in Italian), is undefined. If in Europe there was a significative presence in some region of Greece, in Asia and North America there are traces 9000 old. Due to the glaciation, the geographic area of the tree changed, giving birth to 20 different species of it.

Speaking about its cultivation, an important aspect is the ideal environment. The walnut tree is the type of plant that doesn’t like too low or too high temperatures. For this reason, the ideal climate would be a soil that keeps a constant heat. The hilly area is thought to be the perfect area for the cultivating process of the walnut tree, and for this reason, the region Calabria in Italy owns 70% of the national production, followed by Campania, Veneto and Emilia Romagna. The sowing of the walnut tree is made in autumn, whilst its fruits “le noci” and their harvest happen (at its best) when the tree is almost 8-10 years old; the top of its production is achieved between the 20th and the 70th year of the tree. The gathering of the fruit takes place in September, and it can be done by shaking the branches or simply waiting for them to fall off the tree.

Another interesting thing about walnuts is the Italian liquor made out of it: il nocino. It’s really tasty and has a very special process. As known, Italy is a country full of traditions and even the walnut tree has a peculiar one: the night of Saint John, the 24th of June, small immature walnuts are gathered and soaked in alcohol with sugar and spices for a couple of months. The origins of the nocino are really ancient! The legend recalls that the roman legionaries brought the recipe from the Gallic Empire. The Romans called ‘noxetum‘ a type of beverage that they discovered when they invaded Britain: they witnessed a group of people drinking this alcoholic beverage, that made them euphoric, on the night of the summer solstice. Since then it became a traditional drink during summer nights.

Here’s what you need to make your own nocino at home!

Alcohol for alimentary purpose, 500ml at 95°

Have fun making it and even more drinking it!

Photo by Ashkan Forouzani on Unsplash