Fellini, Mastroianni and Loren: not only unforgettable stars but also food lovers 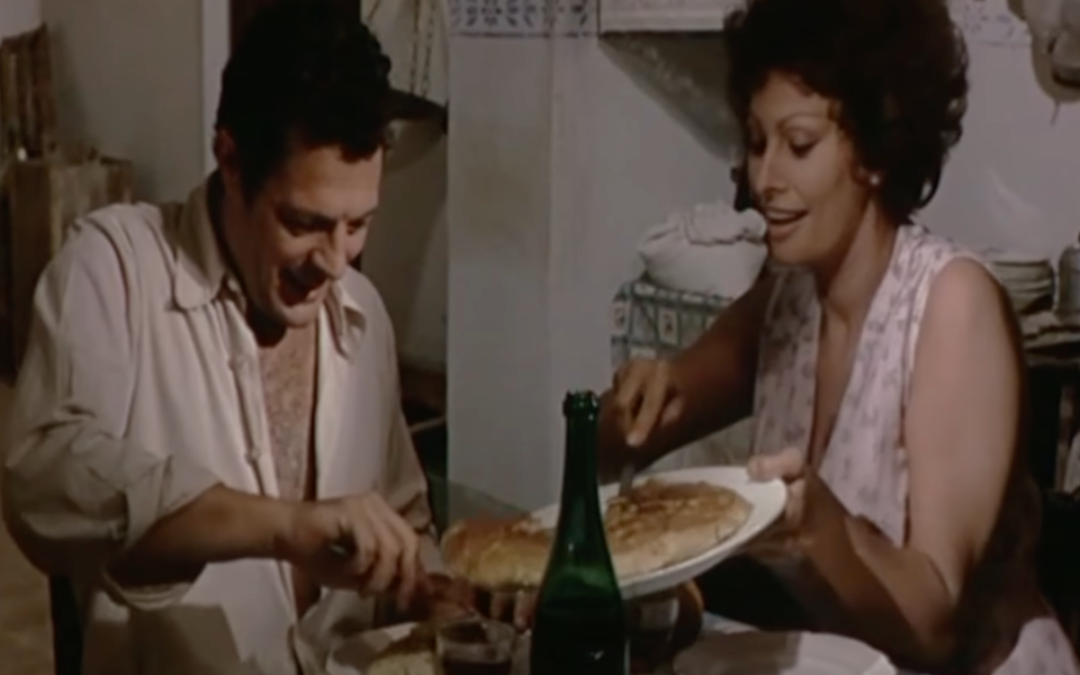 Fellini’s films have always described reality with a dreamlike and often surreal approach. The Italy of this period, is a country that emerges destroyed by war, and that is heading towards industrial and economic progress, a process that will influence the script of his works in a unilateral way. It is a lively historical period in which Italian cinema shows a constant change in the gastronomic traditions, customs, and history of the country.

The food that gives a divine image to Fellini

Food has a decisive presence and role in Fellini’s universe, which often escapes even the most attentive critics. The oscillation is clear between the taste of memories, of nostalgia, recalled in his childhood in Rimini, and the taste of the forbidden, of sin, of food seen as temptation, combined with erotic images. The food linked to cinema is also cleverly used to provide the viewer with the image of an entire era, of its contradictions and its gastronomic splendors. Food is something that has represented hunger, has told the conviviality. It has focused on the historical art of making do of a unique people and the culture, not only gastronomic, of a country in which the kitchen expresses more than anywhere else the place of affection, of taste, of desires, of abundance and poverty, of difficult years and easy ones. To his passion for food is even dedicated a book wanted by his niece (A tavola con Fellini). Food in Fellini’s masterpieces is the expression of higher concepts like a complicated relationships in “8 e ½”, a primitive desire in “La Strada” and pleasure in “La dolce vita”. Federico Fellini’s work remains an important point to hold on to. Pure art, unrepeatable poetry.

Endless career studded with incredible directors who hold one of the most multifaceted figures in cinema in their hands. Marcello Mastroianni is considered the very symbol of Italianness, not only because he narrated the country through those characters he interpreted with a chameleon-like attitude, but because his charm, together with that of his great masterpieces, seduced the world. Mastroianni’s charm is certainly shared with the star and diva Sofia Loren, together they represented, for all the end of the 20th century, the southern Italy, especially Naples, city where many movies were settled and where the art of acting has lead to the art of eating. This two actors, brought not only the excellence of Italian movie abroad, but also the Italian food specialities such as pasta and pizza, that became the symbol of the country.