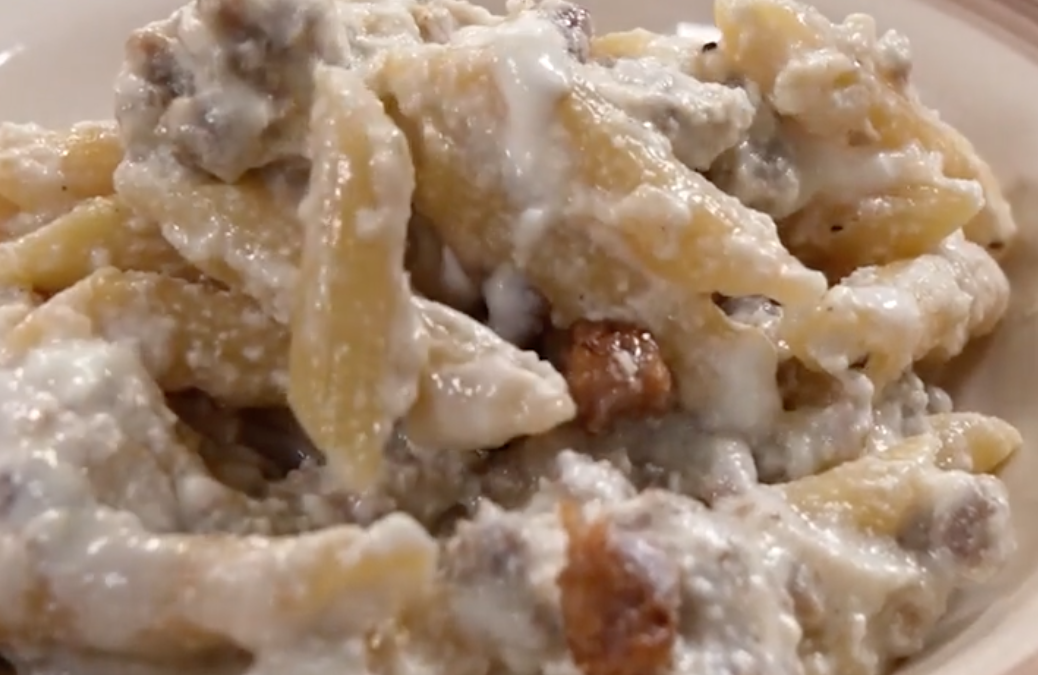 Pasta alla Norcina, is a typical first course from the Umbria region. It is a traditional dish prepared with the Norcia sausage crumbled with oil, and onion, fresh cream (once replaced by ricotta cheese), truffle, and pecorino cheese. This sauce is usually cooked with short cut pasta like rigatoni, penne, and others but there is also the version with long cut pasta, prepared with only black truffle, garlic, and anchovies and optionally with mushrooms. The name of this pasta comes from the use of Norcia sausages in its preparation, which gives the dish an aromatic and very special taste.

As we said before, the name of Pasta alla Norcina, derives from the use of sausages by master pork butchers. In the Middle Ages, expert pork workers left Norcia during the winter to work in central Italy. Later on, however, due to the countless earthquakes that occurred, the inhabitants of the area were forced to leave the city and move to the areas towards Rome, where they spread the art of producing sausages. This is why the expert pork workers were called norcini.

Let’s start preparing our pasta alla Norcina. Put in a pan oil, garlic, and the half of your onion. After that, you have to crumble the sausage and brown it in a pan with oil, garlic, and onion until golden. Once browned, add the ricotta cheese (or fresh cream) together with some of the cooking water from the pasta, and after a few seconds the Parmesan cheese.

When the pasta is ready, it should be drained and added to the pan containing the sausage sauce. It should be stirred well, before pouring over any added truffle. A little tip: do not put the truffle in raw, but cook it on a low flame with a little oil, so that it releases its taste and smell.

Your pasta alla Norcina is ready, enjoy it!