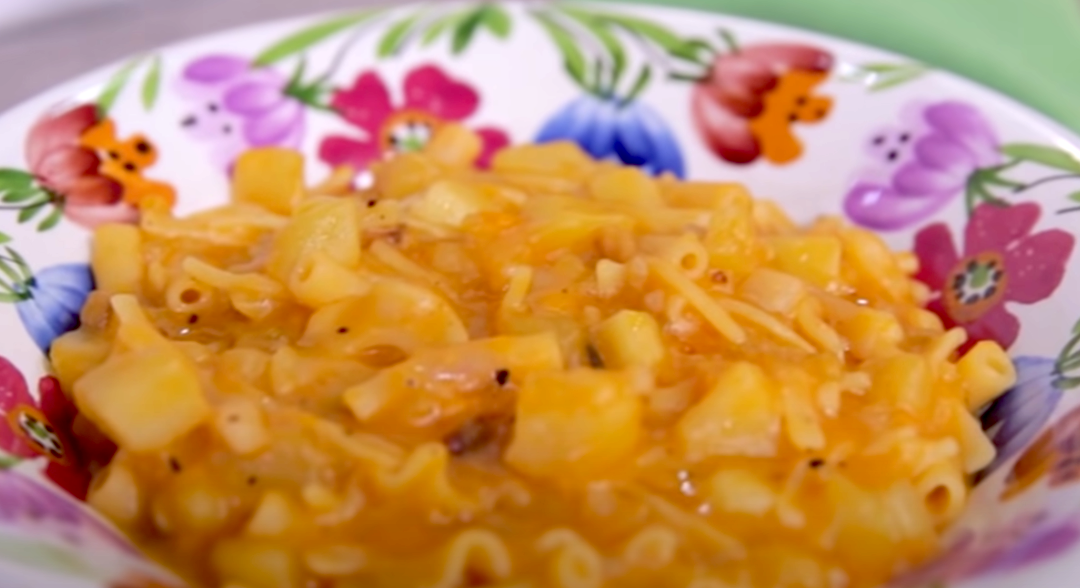 Born as a meal for the poor, pasta e patate quickly became one of the most beloved and imitated dishes of the Neapolitan cuisine

Naples is world-famous for being the land of pizza, but few people are aware of the huge amount of minor but delicious dishes coming from this area. Pasta e patate is one of these delicacies, born in Naples and then gradually spread all across the country. The original recipe is a testament of the humble origins of this food: pasta, potatoes and parmesan are the basic ingredients to which new elements and alternatives were successively added to further enrich the recipe.

The tradition of Pasta e patate started in the 16th century, when the south of Italy was under the domain of the Bourbons and the import of vegetables such as potatoes and tomatoes from the newly discovered American continent made them widely available: being a hearty food easy to cook and made of accessible and cheap ingredients, this dish was one of the favourite of the poor subjects. The properties of this food made it particularly suitable for winter and it also represented the perfect occasion to use some leftovers too precious to throw away, such as the rind of the cheese and the residual pasta of different shapes found at home.

The poor people’s custom of begging for the leftovers of pasta and using those for this simple dish gave origin to a new type of pasta, Pasta Mista or mixed pasta (“munnezzaglia” in the Neapolitan dialect): as the name itself reveals, it consists of a mix of different shapes of pasta, both long and short, and has become the preferred type of pasta used for this dish.

Conceived as a very simple recipe, Pasta e patate has been quickly developed and enriched according to the individual tastes of those who grew fond of this dish; some variants include pancetta, pork rind, tomatoes, provola cheese and seafood.

The traditional recipe requires a thick, dense texture called “Azzeccata”: in some restaurants, in order to prove the authenticity of the dish, the waiters even turn the plate upside-down to make sure the Pasta e patate does not fall down! Nonetheless, the beauty of poor dishes is that they leave room for imagination: some current variants, for example, prefer a more fluid texture to make it lighter and soupy.

Wash, peel and cut the potatoes into about 2 cm cubes. Cut also the lard in small cubes and place it in a pot with olive oil. After few minutes add carrots, celery and onion. After a while add the potatoes and let them cook for 2 minutes then add rosemary. Mix well and add the Parmesan crust. Add the the tomato concentrate and cover all the ingredients with 600 ml of hot water, add salt and pepper and stir well. Cover the pot wit the lid and leave it to cook for 30 minutes. After 30 minutes, remove the rosemary sprig and smash some of the potatoes with the ladle. No you can add the mixed pasta and keep stirring with a wooden spoon, add 250 ml of hot water and stir well. When the ingredients have reached a thick, almost dry texture, serve with a sprinkling of grated parmesan, pepper and olive oil.

Small piece of advice: adding some diced provola cheese and letting it melt will make your pasta e patate even tastier!