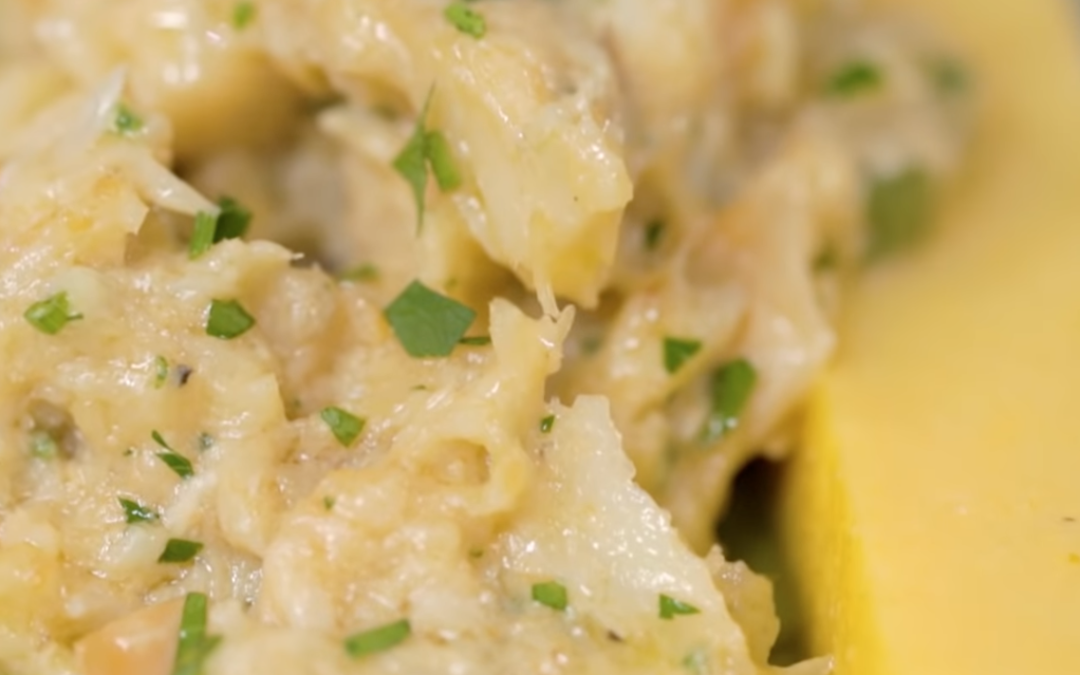 Baccalà alla Vicentina, one of the most famous dishes from the city of Vicenza is a second course appreciated for its strong taste, perfect for cold weather.

The baccalà is a winter second course made of codfish, typical of the Region of Veneto. This recipe is based on codfish and olive oil that comes from a very long tradition, is one of the dishes that better characterizes the city of Vicenza.

The origins of baccalà trace back to 1431, when Pietro Querino, captain of a merchant ship of Venice, stand in a midst of a storm during a journey to the Flanders. The crew had to abandon the ship and save themselves by arriving at the Lofoten islands, at the extreme of Norway. Once in safety, the commander was struck by the habit of the inhabitants of the place of Institore drying cod on the roof of their houses. Their name was “Stockfiss“.

Once he organized the return to Venice, after months, Querino brought with him some stockfish, but it did not arouse much success. People slowly began to cook cod in the way that then became one of the main dishes of the Vicenza cuisine, from which established an association called “Venerabile Confraternita del Baccalà alla Vicentina“.

Baccalà is one of the tastiest dishes of the Italian tradition, but it is commonly confused with the stockfish that has some different features. The type of fish is the same, the difference is in the conservation method: baccalà is preserved in salt while the stockfish is a dried-up codfish. In the majority of Italian regions, the term Baccalà identifies the codfish preserved in salt while Veneto, Trentino Alto Adige and Friuli Venezia Giulia, regions that have many recipes with this ingredient in their traditions, consider Baccalà as dried-up codfish. Both in the case of Baccalà or Stockfish, the cod is fished and bled directly on board the fishing vessel by head- and belly-cutting it. After that, the fish is washed and cleaned with running water. As a consequence, concerning the preparation of the Baccalà alla Vicentina, is used dried-up codfish and not that preserved in salt.

How prepare the baccalà alla vicentina

The Venerabile confraternity of Baccalà alla Vicentina, based in Sandrigo by Vicenza, suggests a recipe that is the result of studies and comparisons between many recipes in vogue in the most famous restaurants and taverns in the Vicenza province between the thirties and fifties, without demonizing variants currently in service.

Soak the stockfish, already well beaten, in cold water, changing it every 4 hours, for 2-3 days. Open the fish lengthwise, remove the bone and all the bones and cut it into pieces. Finely slice the onions; brown them in a pan with a glass of oil, add the salted sardines, and cut into small pieces; finally, with the heat off, add the chopped parsley. Flour the various pieces of stockfish, sprinkled with the prepared sauce, then arrange them side by side, in a terracotta or aluminium pan or in a baking dish (on the bottom of which a few spoonfuls of sautéing will be poured first); cover the fish with the rest of the sauce, also adding the milk, grated parmesan, salt, pepper.  Add the oil to cover all the pieces, levelling them. Cook over very low heat for about 4 and a half hours, moving the container from time to time in a rotating direction, without ever stirring.

This cooking phase, in the term “Vicenza”, is called “pipare”. Bacalà alla Vicentina is excellent even after resting for 12/24 hours. Serve with polenta as provided by the tradition.