Cjarson: Friuli at the table 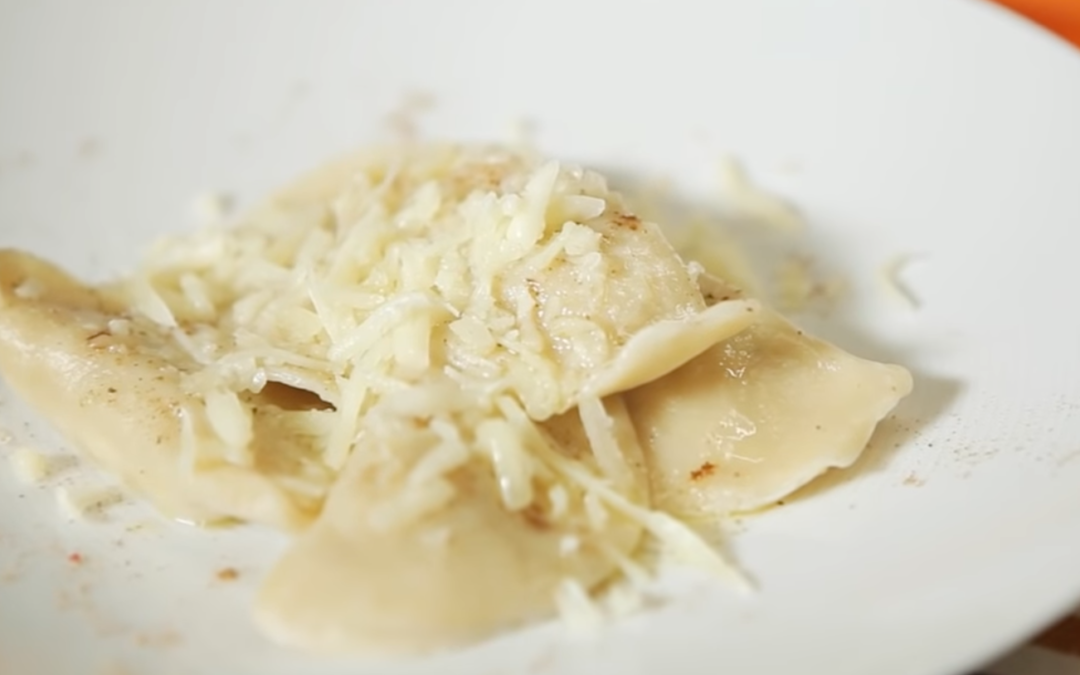 From pauper cuisine to esteemed dish in restaurants

Cjarsons ara typical dish from the Friulian cuisine. To be more precise, they come from the alpine region of Carnia, but they can be found in the Friulian plain too. Similar to ravioli, they are made of a dough of soft wheat or stuffed potatoes. They are also known as cjalsons or cjalzons, and their taste is characterized by a strong contrast between sweet and savoury: the heart of cjarson, called pistùm or pastùm, comes in many different variants, among those grapes, rum, dark chocolate, jam, cinnamon, spinach, ricotta, biscuits, milk, eggs and more! Just like ravioli, they are cooked in salty water and seasoned with melted butter and smocked ricotta. This combination of salty and sweet taste is exceptional!

To be enjoyed in winter but loved all year round

If needed, they can be prepared and frozen when they haven’t been cooked yet: in this way, you can store them and, when it is time, you can just cook them in boiling salty water. Cjarson is a dish coming the pauper Friulian tradition that was rediscovered and elevated to restaurant course by the chef Gianni Cosetti in the 1970s. Nowadays they are present in almost all the big celebrations, such as weddings and festivities dedicated to the patron saint, and they come in infinitely different recipes: every family has its own.

Make a dough using flour, salty boiling water, a pinch of salt and two spoons of oil. Stretch it on the table and form a thin and uniform layer. Let it rest for half an hour. Using a glass, create small discs from the dough: the diameter should be of 8-10 cm. Put some flavour on the table and position the small discs on it. A variant uses a potato paste instead of flavour of type 00: for this version, the procedure is the same.

In order to make the filling, called pastum, boil the potatoes and uses the potatoes smasher when they are ready. Brown half onion cut very finely in a pan with oil and add some herbs. We suggest parsley, mint, lemon balm, thyme and basil. Let it brown slowly. Add the boiled potatoes and mix everything. Take the ingredients out from the fire and add cinnamon, minced grapes, jam, minced figs, grated chocolate, minced amaretto, grated lemon rind and smoked grated ricotta. Knead everything until you get a mixture (pastum) uniform and homogeneous.

On the discs of dough already prepared add some pastum with a spoon and then close them as ravioli: these are the cjarsjons! Boil salty water in a pot, add the cjarsjons and cook it for 20-30 minutes. After 8-10 minutes, you will see that the cjarsjons come to the surface. Take them with a pierced ladle and put them in a plate previously sprinkled with grated smoked ricotta. As alternative to ricotta, you can add cocoas powder or cinnamon with sugar.

What do you think? Are they not delicious? We are crazy about them!