The regional cuisine: Puglia and its culinary heritage 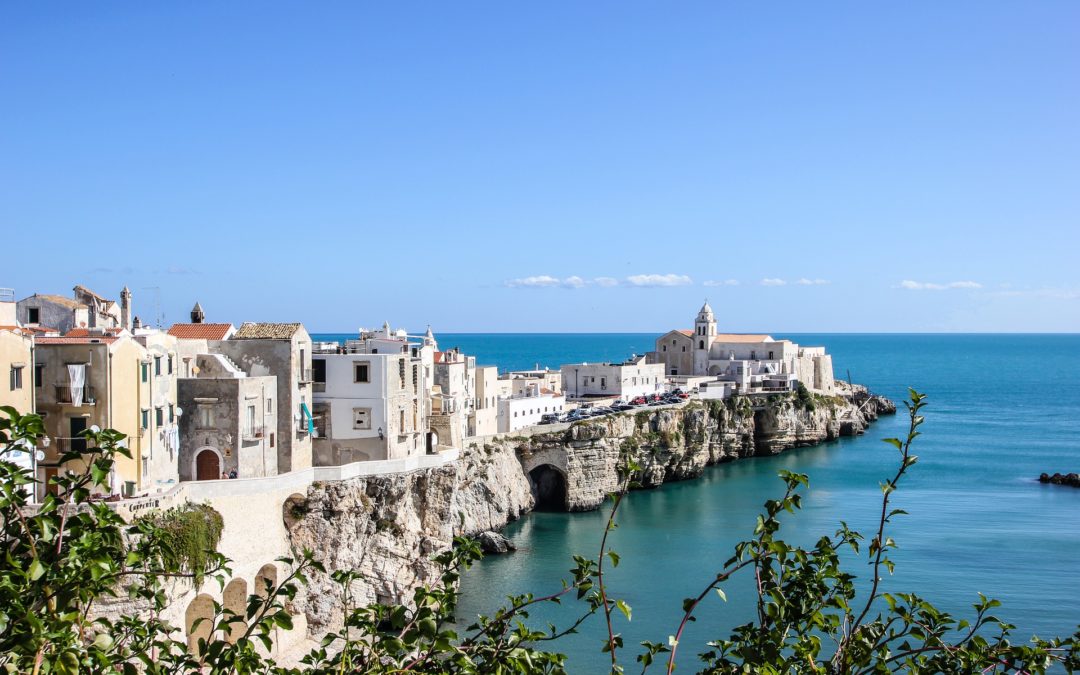 A mixture of stories and enchanting places

Puglia is a south Italian region, located in the heart of the Mediterranean and it’s considered the land of sun and hospitality. The Ionian and Adriatic seas border its coasts by which you can admire colorful backdrops and golden beaches. In this territory the past and the contemporary are co-existing through popular festivities where the devotions of the saints animates the region of festivals, in which you can easily get lost in its culinary diversity. Let’s discover some of the best Apulian food.

The most would modestly call it dry bread with tomato. But Frisella is much more than that! La Frisa (o Friseddha) even though is a summer dish, it’s always present in all Apulian tables. Its origin have to do with the Crusades, when the knights, who sailed from the Apulian ports to the Holy land, used them for their low cost and long conservation, edible as soon as wet in water and ideal for strenuous crossing.

Orecchiette: a symbolic dish of Puglia

The Apulian orecchiette are a real institution in Puglia, known almost everywhere for their typical shape, this kind of pasta is made with very simple dough based on flour, water and salt, and its name derives from the shape that recalls small ears. In dialect they are still called the “strasc’nat“, literally “strascinati“, from the custom of dragging the pasta on a table with the finger. But this dish has its roots in France, in fact, according to some historians, orecchiette were born in Provence, in the Middle Ages. The arrival in Italy would have happened thanks to the Angevins, who in 1200 dominated Puglia and Basilicata.

Fave e Fogghje: a humble recipe but of outstanding beauty

Fave and Fogghje (broad beans and wild herbs) is typical of Ostuni, called also the white city, due to the color of most of the houses in the city. It could be defined a dish that represents diversity, in taste and consistency. The sweetness of the broad bean cream with the bitter taste of the herbs create a mixture of unique and ancient flavor. The ingredients to make this dish were easily found in the pantries of paesants houses. For this reason it is considered a poor meal, which however has never left the Apulian culinary tradition.

As second course we can’t forget to mention the bombette pugliesi: meat rolls stuffed with cheese and grilled. We wrote an article about this delicious dish. Prepare them at home!

Mandorlaccio: a sweet with an almond and honey flavor

The Apulian Mandorlaccio is made with simple, healthy, natural and authentic ingredients: almonds, sugar, eggs and honey and then baked in the oven. This recipe has come down to us through generations but the origins date back to the pre-Roman era. Nowadays it’s a kind of dessert eaten during Christmas.

This is a typical sweet of the Salento area, born by chance in Galatina in 1745. It is a short pastry filled with custard and baked in the oven. Andrea Ascalone seems to be the creator of the recipe of pasticciotto: he was a pastry chef from Salento who became the unsuspecting signature of a sweet, destined to enter in the list of typical delicacies of the region.

Known also as “carteddate“or “nèvole“, depending on the area in which you are located, these cartellate of fried dough are made with simple ingredients, but require a very long and laborious preparation process. Often this long preparation is associated with the long talk of grandmothers, mothers, daughters and aunts that are the background to a tradition that is practiced every year during the Christmas period. The story, preserved from generation to generation, wants the particular shape of the cartellate to represent the bands that covered the baby Jesus. From here you can also guess that the name cartellate derives from “paper”, as a result to something crumpled up.