VII edition of the National Pizza DOC Championship: here are the winners of the main categories. 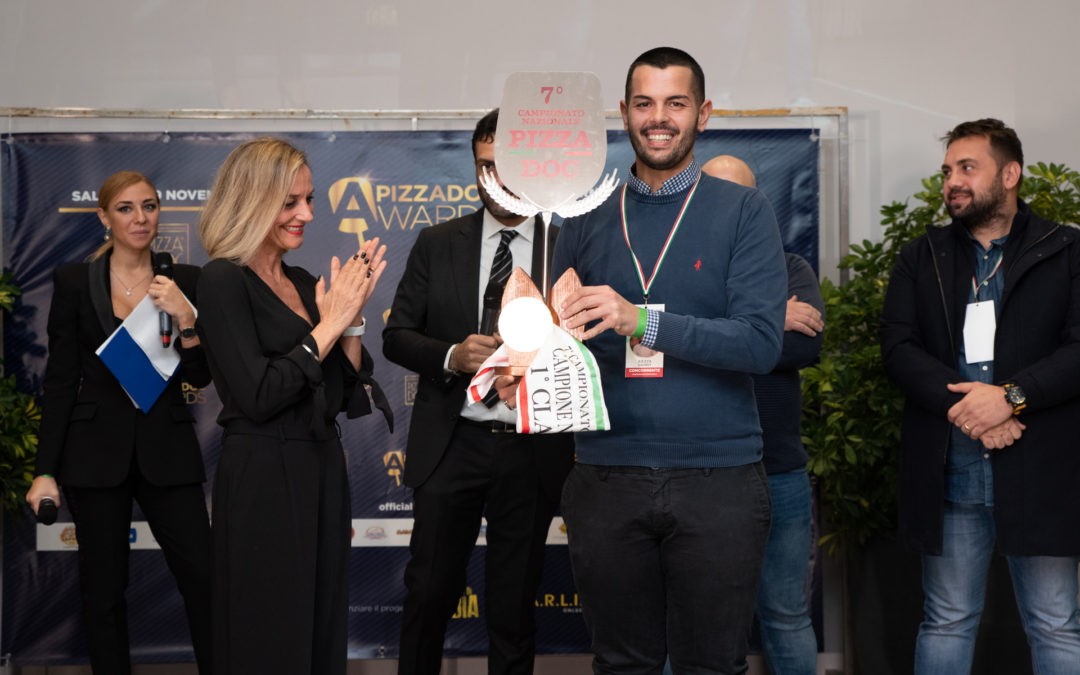 An event planned by Antonio Giaccoli

The event took place on the 8th and 9th of November and was planned by Antonio Giaccoli’s “Accademia Nazionale Pizza DOC”.

“The 7th edition was the outcome of what we have been doing for years in the pizza world. I didn’t want to disappoint expectations and I think that I succeeded both in terms of the number of participants and visitors. We didn’t think that after two years of restrictions we would have been able to bring many people to get involved. Seeing people participating from many foreign countries stands for the fact that we are working well. The Accademia and National Pizza DOC Championship contribute to promote the Made in Italy and the pizzaiolo’s role all over the world” said Mr. Giaccoli. The 7th edition of the National Pizza DOC Championship in Pontecagnano Faiano in Campania ended on November 9th and was won by the 31 years old Danny Aiezza from Vitulazio, living in Lugano in Switzerland and owner of the takeaway pizzeria “Diametro 31“.

Danny Aiezza says that he never expected to win and decided to participate only to share his experiences: “being a pizzaiolo means everything to me – he said – it is my comfort zone, my happy place, where I can find myself.”

Several prizes were awarded: Alessandro Capozzi from Ireland received the “Pizza DOC in the World – Miglior pizzaiolo italiano all’estero” prize beating more than 300 competitors from all regions of Italy, but also from the rest of Europe, South America, Sri Lanka and Hawaii.

An absolute novelty of this edition was the ‘Pizza DOC Awards’. Celebrities such as the pizza maker Franco Pepe from Caserta and the Roman Gabriele Bonci were awarded as personalities who distinguished themselves in the pizza world during the year. The gala was characterized by the charity project, during which funds were raised for “La stanza di Tobia“, carried out by the Accademia Nazionale Pizza DOC in collaboration with ARLI – Associazione Regionale Leucemie Infantili (Regional Childhood Leukemia Association) which provides a flat for the families of young patients hospitalized in the “Santobono – Pausillipon” hospital in Naples. An incredible breath of fresh air

“It was an incredibly special championship, after the pandemic this event was an incredible breath of fresh air. There was an atmosphere of enthusiasm, both from young and old pizza makers, but also from the judges. In fact, I did not perceive any closure, on the contrary there was a desire to interact” states Antonella Amodio, journalist and president of the event’s jury.

An important event that gave the pizza industry the chance to recover and expand its visibility after a long period of restrictions.