Canederli, the definitive recipe to use your stale bread 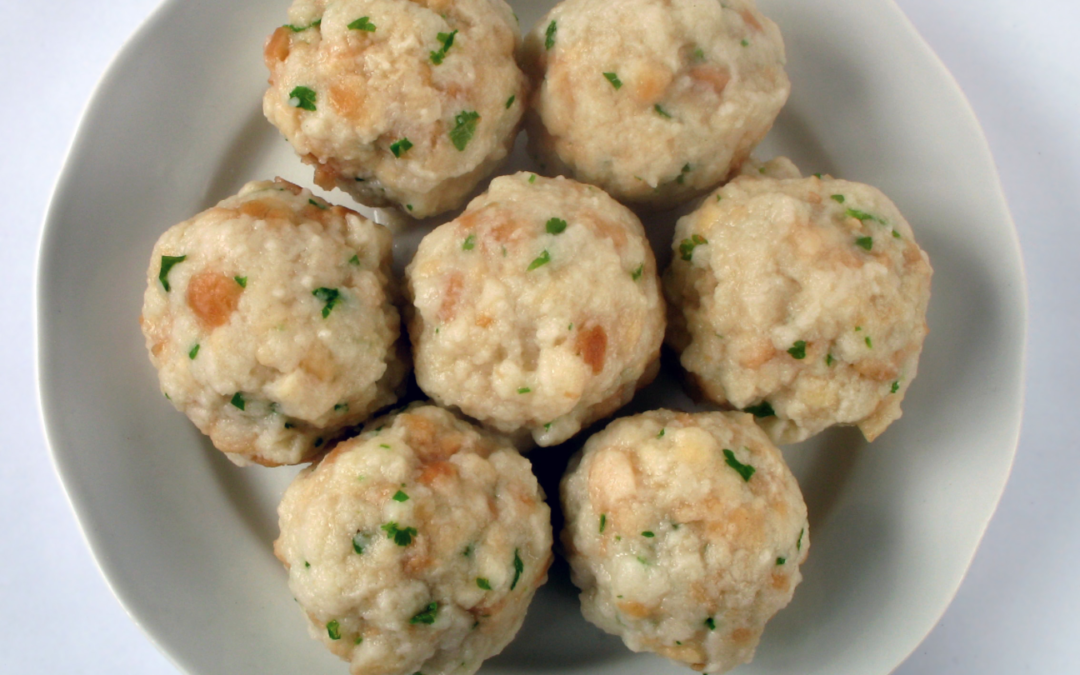 The dish you have to try while in Trentino Alto Adige

Have you ever had any stale bread in your pantry? Apparently Bavarian and Tyrolese farmers had, as they made a whole recipe tradition around it. In fact this traditional food is made out of dry bread soaked in milk or water and mixed with eggs and ham; this dough is then shaped into small dumplings that are cooked in broth or stirred for a couple minutes with some melted butter.

A bit of history behind this traditional dish

The very first trace of canederli dates back to 1180, when in the Hocheppan castle’s chapel in Appiano was painted a fresco in which a servant is cooking and picking at some canederli. Today they are particularly popular in Trentino and the Sud-Tyrol region but also in South of Germany, Austria, Switzerland and Poland, not only in the original version but also in the numerous variations. In fact in the last decades the number of variations increased and now they aren’t just salty but there are also some sweet kind, with apricot, strawberries and chocolate.

The recipe for perfect canederli

One hour before preparing your meal, soak the stale bread, diced into small pieces, into the milk and add some nutmeg and black pepper. Then chop the onions and cook them in a pan with the butter for 10 minutes until they get golden brown, then add the diced speck or ham and let it fry for 5 more minutes. When the bread will be well soaked into the milk add the beaten eggs, the parsely, the onions and the speck. At this point you only have to shape the dough into small dumplings (4-6 cm in size) and let them cook for 15 minutes in boiling broth or salted water. Once the canederli will be cooked you can serve them with the broth or stir-fry them in a pan with some butter, in this case finish them with some of melted butter remaining on the pan.You can substitute the speck with some green vegetables such as spinach, or other flavouring ingredients such as dry tomatoes, beets and finish with some grated parmesan.