Mostaccioli, the iconic smell of Christmas 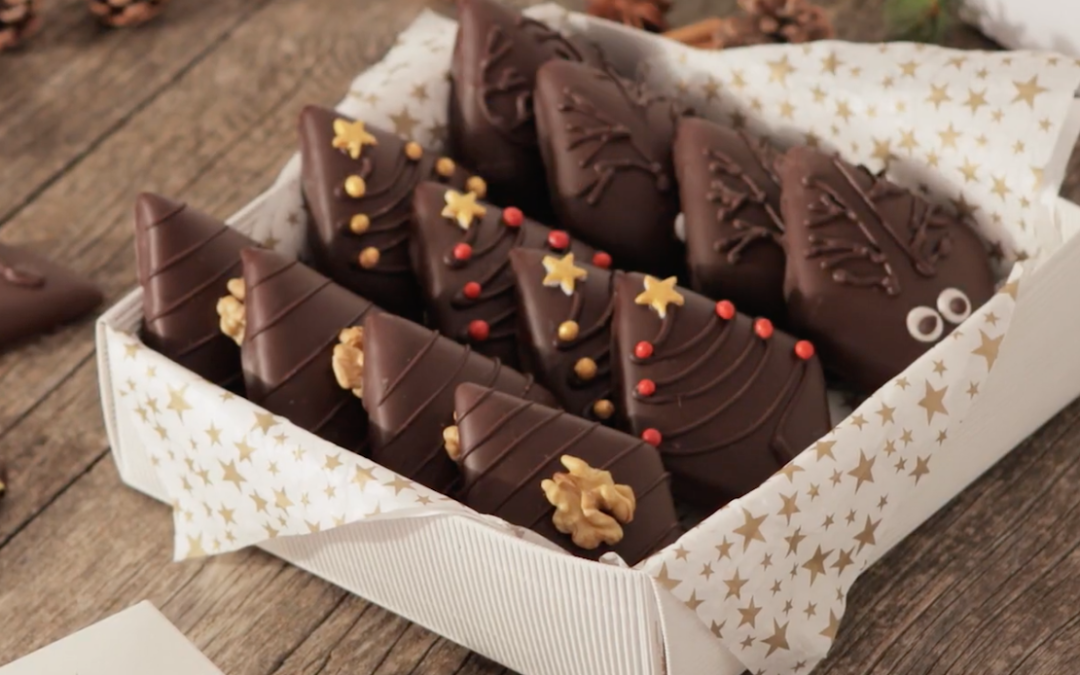 “Mostaccioli” (or mustacciuoli) are diamond-shaped, spiced cookies covered in chocolate icing, eaten during Christmas time and popular in centre and southern Italy. These cookies are traditionally prepared from December 8th (public holiday in Italy) and through all the Christmas and New Year’s festivities.

The name is ancient and derives from the Latin word “mustaceum”, that used to refer to a sweet focaccia prepared mainly with grape must and cooked on bay leaf. The must is still used today in some varieties of the recipe. The mostacciuolo was traditionally offered to guests before the departure, as a last token of care for the leaving guest. Cato, in his “De Agricoltura”, gave us the first description of the “mustacei”, describing them as small little focaccias made of flour, must and anise. An ancient wedding cake called “mustaceus” is also made with flour, must and cinnamon. Many other Roman authors talk about them, describing them also as biscuits good for digestion. In the 16th century Bartolomeo Scappi, the cook of the Vatican Kitchens under Pope Pius IV and Pius V, wrote two recipes about the mostaccioli. Over the centuries many various ingredients were added to the original recipe and the cookbooks from the 19th century list different variations of the recipe.

Almost every Italian region has its own version of the mostacciuoli. You can find the most traditional version in three regions: Abruzzo, where they are prepared with flour, honey and cooked must, Puglia, where they use cooked figs instead of must and the “mustazzola” in Ragusa, prepared in the ancient way with flour, cooked wine and covered in honey and almonds. The Neapolitan ones are covered in chocolate and are almost never made with must. You can also find them with bitter cocoa powder, orange zest, “pisto”, (a mix of spices), candied citron or orange or apricot jam and covered in dark or white chocolate icing or milk glaze. The mostaccioli have a long shelf-life and this characteristic is probably one of the reasons of their longevity in family cookbooks. The texture can be softer or harder depending on personal taste. Even if they are prepared in different ways depending on the region, they all smell like Christmas, creating a cosy, festive atmosphere that your guests will love.

Let’s have a look at the Neapolitan recipe!

Heat the oven to 180 ° in static mode and bring it to temperature. In a bowl, gather the flour together with almond flour, honey, unsweetened cocoa powder, grated zest and orange juice, ammonia and sugar. Flavour with the Neapolitan pisto or cinnamon and gradually add the hot water until the mixture is homogeneous and elastic. You may need more or less water than indicated in the doses. Roll out the dough with a rolling pin to a thickness of 1.5 cm and cut it into diamonds with cookie cutters or simply with a knife. Arrange the mostaccioli on a baking sheet lined with parchment paper and cook for 15 minutes. Take them out of the oven and let them cool on a wire rack.