The Jewish – Roman culinary tradition, a tasteful encounter of cultures 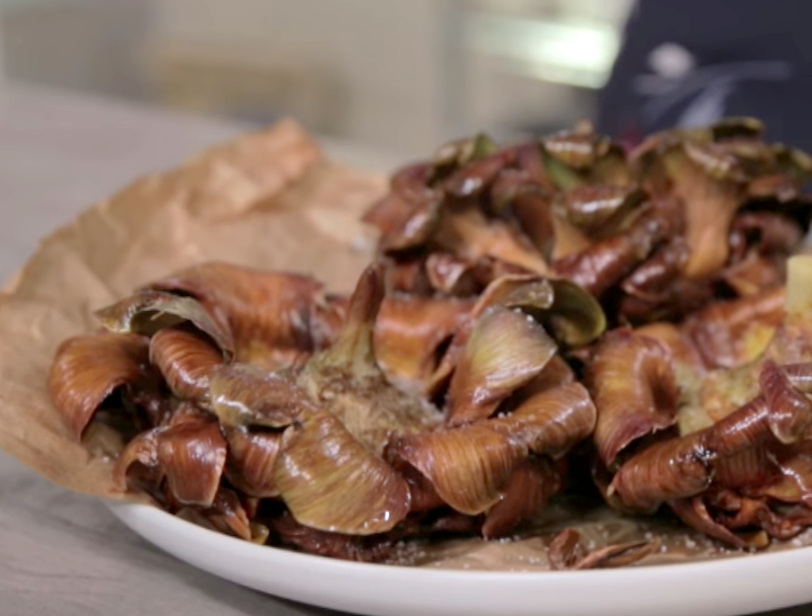 The history of the most ancient Jewish community of Europe

In Rome you can find the most ancient Jewish community of Europe, present in the city since the II century b.C. According to the book of Maccabees the relationship between the Roman Republic and the Jewish people can be traced back to the 161 b.C., when Eupolemus son of John and Jason son of Eleazar, were sent as emissaries to establish a treaty of friendship with the Roman Senate. During this formal encounter the Roman – Jewish Treaty was signed. The Jewish presence in Rome has grown over the century, especially during the Medieval age. At the end of the fifteenth century, in fact, refugees from Spain, Portugal and Southern Italy came to Rome and, amid difficulties, settled there. In 1555 Pope Paolo IV established a Jewish ghetto and to prevent the Jewish from leaving it the doors of the houses were locked all night. Only in 1870 the ghettoisation was abolished and from that moment on non-Jewish people could move to the ex-ghetto. Today in this area live around 15.000 people of various origins, making it one of the most interesting places of Rome.

Over the century the Roman and Jewish culinary traditions blended making it impossible to say exactly where one begins and the other ends, but we can still identify some dishes, whose origins are certainly Jewish. One of the most iconic food of the Jewish-Roman culinary tradition is the Shabbat bread, that is particularly soft and made in the shape of a braid. The fish is included in many recipes, since the Jewish ghetto is located near a fish market. One of the most emblematic fish-based dishes is the fish broth, that tells us a bit about the history of the Jewish that used to live in the ghetto. The women used to prepare it with the fish waste from the fishes they were able to find at the fish market during hard times. Another important part of the Jewish-Roman tradition are desserts.

During festivities and important occasions like the Purim, you can eat the “tortolicchio” a cookie made with almond paste and honey. We have a record dated 1543 of a love affair between a married woman and a tradesman, who gave the woman a tortolicchio as a token of his love. But the best-known dish of the tradition is the artichokes “alla Giudia”, an ancient dish invented in the Jewish ghetto around the sixteenth century. The artichokes were made by the women and eaten after the long hours of fasting of the Yom Kippur. It’s a simple yet tasty dish, made with Romanesco artichokes, that have particularly tender leaves and no thorns, allowing to deep-fry the entire artichoke and then eat it without fearing of getting stung.

Shave off the outer leaves of the artichokes until you get to the tender pale green-yellow ones. Cut off at least an inch of the thorny top. Finally, peel off the outer green fiber of the stem, then put the artichokes in a bowl of water with lemon juice for 10 minutes to prevent browning. Then dry them, season with salt and pepper, and deep-fry in olive oil.  The oil has to be hot, but not too hot (150 C° should be ideal) so that the heart gets cooked while getting crunchy leaves. Sprinkle them with water (or white wine) and dip them in oil, raising the temperature slightly, but being careful not to burn them. Remove them from the oil, cool them upside down in a tray for about twenty minutes (so that they lose the excess oil) and serve with a sprinkle of salt.