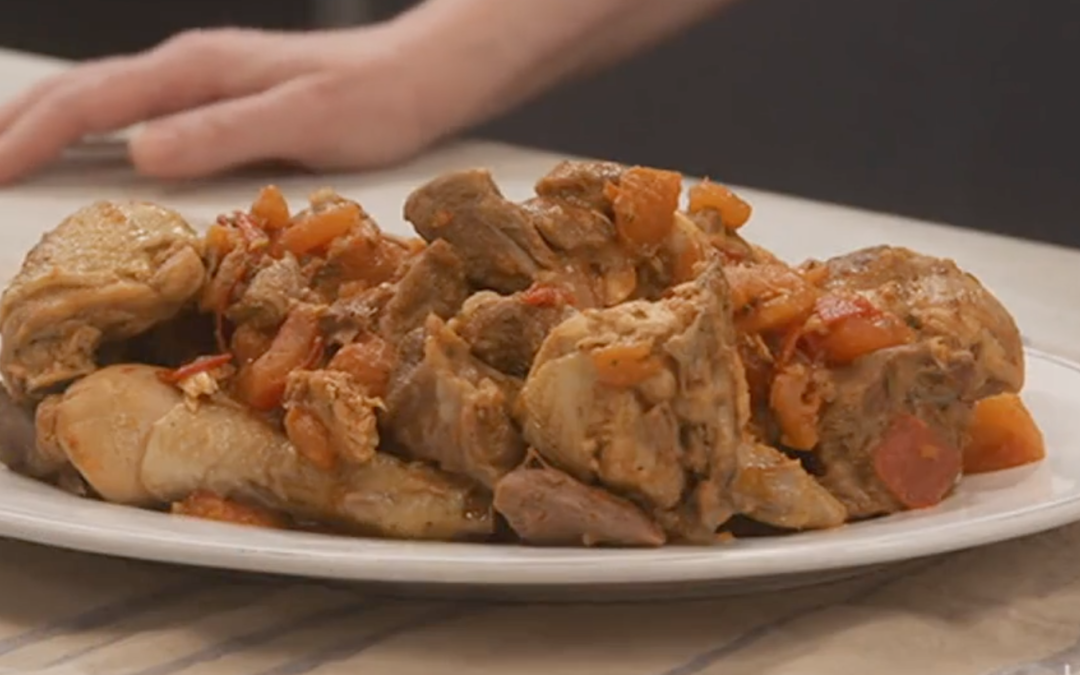 The origins of this stew lay in Umbria: according to the tradition, it comes from the town of Gubbio, as the name Friccò all’Eugubina suggests. It is a stew composed by various kinds of meat: in the recipe we suggest includes chicken, rabbit, lamb and guanciale (cheek lard). Nonetheless, according to some variants, one can use only one kind of meat, whereas, according to some other variants, the ingredients can be duck, goose or beef. Some recipes do not include tomatoes, others use only vinegar or only white wine. This dish is usually eaten on Christmas or at the Sunday lunch.

The secret to get a perfect Friccò

Ideally, each meat should be cooked separately in order to respect the cooking time. The meat should be marinated with white wine and sometimes a little vinegar and aromas (rosemary and garlic, sage and chili) which should be added during marinating or directly during cooking. The meat is then browned in oil and it is cooked over low heat, adding the marinade and eventually a little broth in order to cook it.

Wash the meat and dry it. Marinate the rabbit in vinegar of white wine for 2 hours and drain it. Cut the meat in pieces, they should not be too big. Cut the guanciale into strips, put it in a pan with some olive oil, garlic and chili pepper. Add the meat and mix, add the herbs and the minced anchovy. Cut the tomatoes and let them boil for two minutes, wash then under cold water, peel and cut them, then remove the seeds. Add the tomatoes to the meat and mix. Let everything cook for about one hour and add broth if necessary. Add salt.