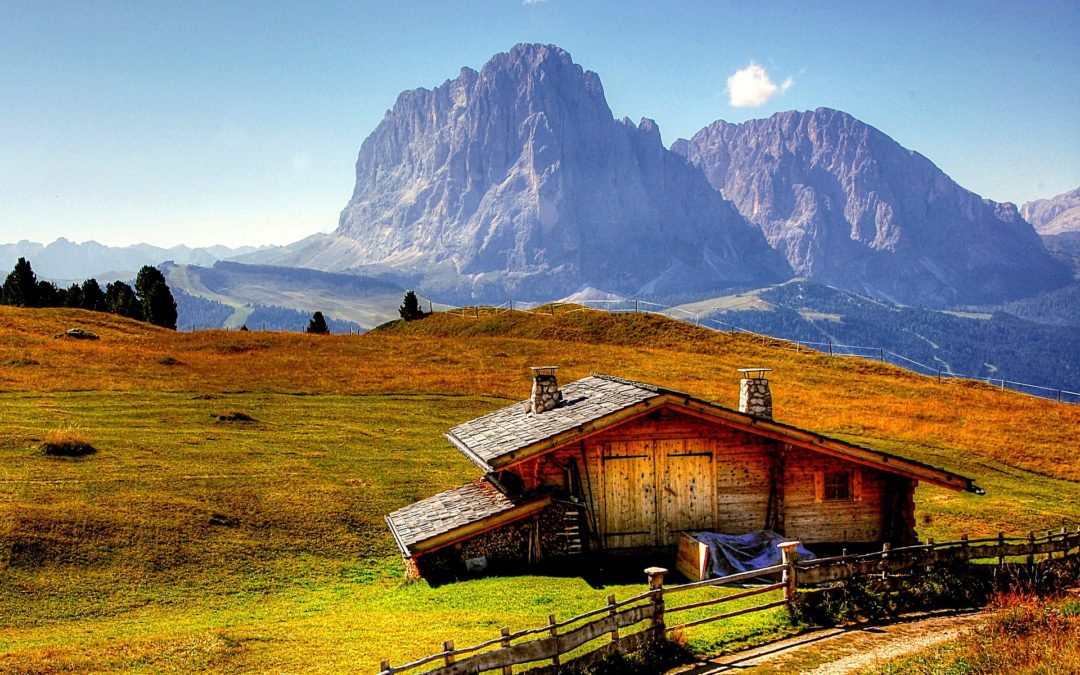 Being the northernmost region of Italy, Trentino-Alto Adige is a very special area where the Italian and the German traditions merge

One of Italy’s many features which give the country its charm is the variety that is to be found within its borders: the 20 regions are not only an administrative formality but represent 20 different faces of the country that have their own peculiar history, traditions and personalities.

On this point, Trentino-Alto Adige is one of the most fascinating: especially famous for the beauty of its peaks, this region hides a great number of natural landmarks and cultural features which make it unique. Its location ensures an extraordinary variety of landscapes: from the snow-capped mountaintops to the woods, the valleys, the streams and even the lakes, the Dolomites and the Lake Garda being only the most famous among the many highlights. The abundance of ski slopes makes this region a special tourist destination, but it is the local culture and lifestyle that truly strikes any visitor.

The history of Trentino-Alto Adige

The first inhabitants of Trentino-Alto Adige known of were the Raetians, a Celtic population that lived in this region until the second century BC, when the Romans conquered the area and gave it the subdivision still existing between Trentino (corresponding to the province of Trento) and Alto Adige (consisting of the province of Bolzano). With the fall of the Roman Empire, the region became a passage for the barbarian populations that invaded Italy and in particular the Bavarians and the Longobards settled in Trentino and Alto Adige respectively.

The Middle Ages were a rollercoaster of invasions and changes of dominion, but the main event was the annexation of Alto Adige to Tyrol in 1531, which was the foundation for the Germanisation of South Tyrol and its distancing from Trentino and the rest of the peninsula. But this was only the beginning of a long contention of the region by both Austria and Italy which caused many protests in both Trentino and Alto Adige, as the people of these areas identified respectively as Italians and Germans. Only in 1946 an agreement was signed which assigned Trentino-Alto Adige to Italy as an autonomous region with special statute that still nowadays grants the province of Bolzano with a high level of autonomy in comparison with all the other regions.

The complex history of Trentino-Alto Adige has had profound consequences that still nowadays shape this region: its very location, at the northern end of Italy and at the border with Austria, gives away the peculiarity of this area of being at the same time a meeting point for the two cultures and a stranger to both.

The many Germanic invasions of the area contributed in making this region a two-faced reality: the very name is a result of the union of two separate areas, Trentino and Alto Adige. The former corresponds to the province of Trento, while the latter comprises the province of Bolzano, further north. While in Trento Italian is the main language, Bolzano is a strongly bilingual province, as two-thirds of the inhabitants are native German speakers and both Italian and German are official languages.

The constant interaction between the Italian and the German sides of the region gave life to a stand-alone regional culture that makes Trentino-Alto Adige neither totally Italian nor totally German: starting from the traditional costumes and popular dances down to the cuisine, the German influence is clearly visible but never predominant.

As often happens, the local cuisine of a region is where you can find its real essence. Trentino-Alto Adige is no exception, with a variety of recipes and dishes that is in no way inferior to those of the other regions. On the contrary, the cuisine of this area is profoundly different from that is to be found in the rest of the peninsula, as the German influence spread also and particularly to this sphere of daily life.

To describe the gastronomic tradition of Trentino-Alto Adige just two words are needed: Cucina povera, or poor cuisine. As in other regions of Italy, here, too, the dishes made with simple and cheap ingredients are the most beloved for their domestic taste and their versatility.

Among the numerous specialties we must mention Canederli, a revisited form of the Austrian Knödeln, boiled dumplings made of stale bread, eggs, milk, and flour with, sometimes, the addition of Speck, a kind of smoked ham much beloved by this region’s inhabitants. Some other dishes typical of South Tyrol remind of the Austrian tradition, such as Strudel, while others are closer to the Italian cuisine, such as Strangolapreti, a kind of gnocchi made with spinach, and Polenta, a traditional food of the north of Italy.

For real, then, Trentino-Alto Adige is one of the most extraordinary regions of Italy and the beauty of its landscapes, the complexity of its history and the richness of its traditions contributed to the evolution of a hybrid but fascinating culture.

Photo by kordula vahle from Pixabay