Pizza, 12 things that you may not know about the world’s most famous Italian dish 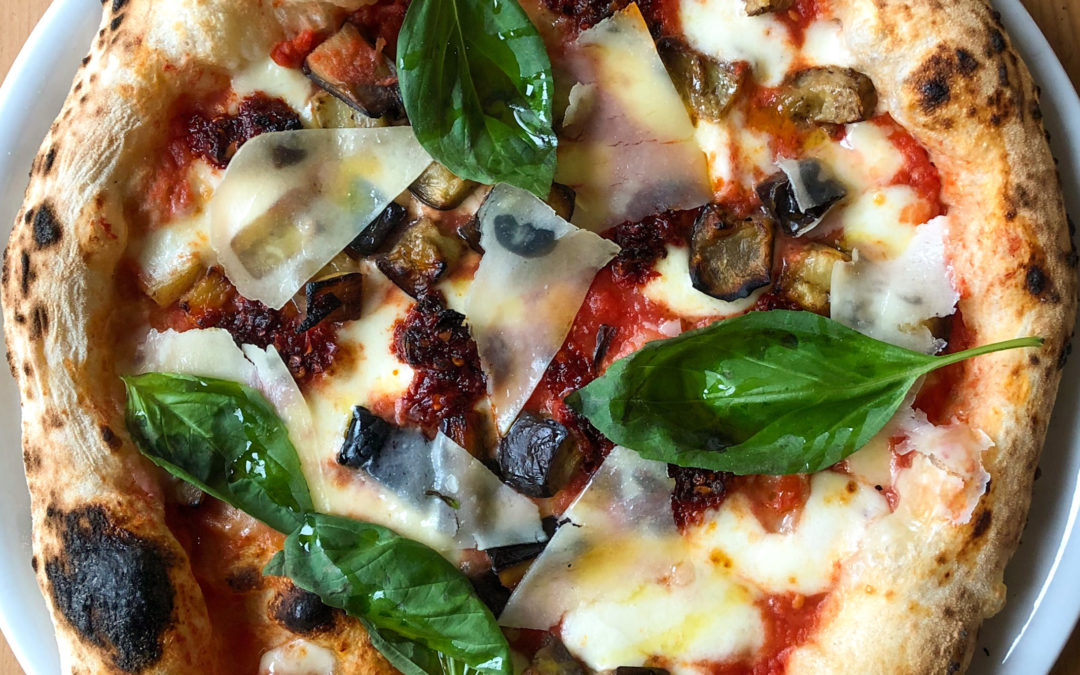 There’s who bought it with Bitcoins, who delivers it by plane, and who spent even €8,300 for it. Pizza is a serious affair, a dish rich in history as well as full of anecdotes. Here are some funny stories about pizza that you probably didn’t know.

1. Who does eat the biggest amount of pizza in the world?

No, the right answer is not “Italians”! Norwegians detain the leading position for the biggest pizza eaters on a per-person ratio, with about 5 kg of pizza each person every year. A surprising fact, if we consider the smallness of this nation, which has a population of about 5.5 million. Pizza is so beloved that you can find restaurants almost everywhere in Norway!

And, even more surprisingly, Italians don’t even hold the silver medal. Americans do, followed by English and German people. Italians hold only the fifth position on our list… what a defeat! Nevertheless, there is no person in the world who doesn’t know that Italy is the birthplace of Pizza and preserves the original recipe.

2. Who does detain the World Record for eating the most pizza?

You won’t be surprised to find that the biggest pizza eater in the world is an American guy. He’s Geoff Esper, a calm teacher with a really strong passion for pizza. In 2018, he ate 83 slices in just 10 minutes, which means he bolted nearly 14 pizzas, setting a new incredible world record and surpassing the runner-up by at least 3 and a half pizzas. And no, he wasn’t sick as soon as he finished eating; instead, he went on eating cakes.

3. How much does the most expensive pizza cost?

The most expensive pizza in the world is a 20 cm diameter one called the “Luigi XIII”, which costs €8,300. “Why is it so special?” you may ask. Well, its dough is left growing and raising for about 72 hours and is seasoned with only top ingredients: quality buffalo mozzarella, Australian pink salt, caviar, lobster and giant shrimps. The creator of this pizza is Renato Viola, an Italian pizza maker from Agropoli (Campania region).

4. What was the most bizarre payment for a pizza by now?

5. What is the longest pizza in the world?

Before 2016, It was a purely Italian record. 80 “Nazionale Italiana pizzaioli” members and 200 volunteers managed to prepare and cook a majestic 1595,45 meters long and 5 tons weigh pizza with 5 ovens. 40 people were also responsible for the ovens’ rotation, and it took 3 minutes for each meter to cook it properly. An incredible team for a memorable event in 2015!

6. How do foreign people eat pizza?

Not all season pizza with the traditional ingredients suggested by Italians. Indeed, in different areas of the world, there are typical toppings for pizza, which vary from country to country.

In America, the most popular pizza is the salami, or pepperoni one: 64% of Americans love to top their pizza with it. In Japan, they prefer bacon, potatoes, mayonnaise, tuna, and seafood like squid and shrimps. In India, the traditional pizza recipe is completely overturned: they use brined ginger, ground mutton meat, mushrooms, onion, corn, pepperoni, sausages, black olives, green pepper, fresh garlic and a particular cheese: the paneer. Moreover, Indians love spicy and vegetable-based pizzas. Lastly, South Africans love putting sweet ingredients on it, and in Russia you could find cold served pizzas topped with mackerel, fish (sardines, tuna, salmon) and onions.

It’s all about two Italian schools of thought: there are the Roman and the Neapolitan versions of pizza. The “pizza Romana”’s dough is very thin and crunchy, and that’s where his name “scrocchiarella” (which means crunchy) comes from. Its cooking time is longer to make the pizza as crunchy and dry as possible.

The “pizza Napoletana”’s dough is softer, and it has a high and thick crust made thanks to the air incorporation during the dough’s preparation. The cooking time is shorter than the first one, and only requires a wood-fired oven.

8. What is the strangest way to deliver a pizza? By airplane!

Quite a few years ago, a pizzeria with the first airplane delivery service opened in Alaska. It’s the “Airport Pizza” pizzeria in the city of Nome, which sends pizzas by plane to the nearby villages. They decided to organize this special delivery system to optimize their flights, which comprehend at least 30 orders ($10 each).

Anjan Contractor from Austin, Texas, received $125,000 from NASA to develop a 3D printer prototype capable of printing a pizza by mixing some powdered foods and water. The robot’s name would be “The BeeHex”, which can print every kind of pizza. But why did NASA invest in a pizza printer? Well, if the culinary printer works, it will be given to astronauts for the next mission on Mars planet.

10. Who is the fastest pizza maker?

In the past, the English Pali Grewal won the Las Vegas “The fastest pizzaioli” contest in 2014: he prepared 3 pizzas, knead and baked them in 32.28 seconds. That means he made 3 pizzas in less than 11 seconds each!

11. What is the oldest type of pizza?

Did you know it? Marinara is the oldest type of pizza ever made, probably in 1721. It collects all the most essential and purest ingredients, such as garlic, tomato, oregano, and extra virgin olive oil. The origin of the term is due to the major and original consumers of pizza: sailors. The second one was Margherita, the most classic pizza with mozzarella, tomatoes, and basil. Do you know why it is called like that? Its name comes from Queen Margherita of Savoy, whom an Italian chef in 1889 prepared a special version of pizza with the Italian flag’s colors.

12. When was the first pizzeria born?

The first pizzeria opened in Naples in 1738. It’s called “Antica Pizzeria Port’Alba” and used to supply the peddlers who went around the city. The place has then evolved, providing tables and chairs to his clients. Among them, you can find famous names such as Gabriele D’Annunzio, King Ferdinando di Borbone, Francesco Crispi and Benedetto Croce. Interesting, isn’t it?

Now that you know all these interesting facts, you can enjoy the World Pizza Day 2022 even more!