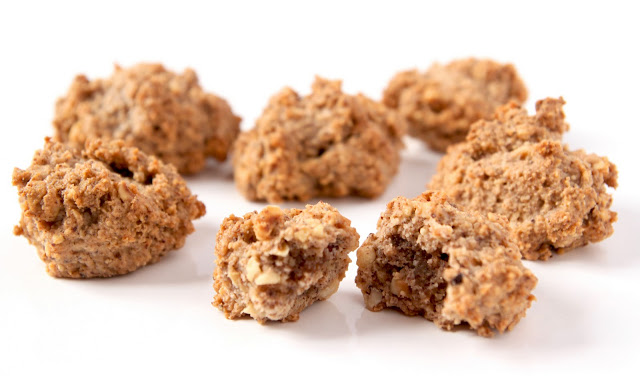 A biscuit disputed by two regions

Brutti ma Buoni (ugly but good), also known as “brutti e buoni” or “brut e bon”, in Piedmontese dialect: these are the classic irregularly shaped hazelnut sweets we all know. These are sweets of disputed origin: some claim they originated in the Lombardy town of Gavirate, in the Varese province, while others believe this confectionery product originated in the Piedmontese town of Borgomanero, in Novara, Italy. These classic pastries products have obtained recognition as traditional Italian food products (P.A.T.). The recipe is very simple and has two main ingredients: hazelnuts and eggs. The dough is used to form irregular balls (hence the ‘ugly’ appearance), in fact, the name of these biscuits comes from their shape: beneath their ugly, irregular appearance lies the sweetest, most genuine goodness. These biscuits are known, with some variations, throughout northern Italy, as far as Emilia Romagna and Tuscany, in the Prato area, where the variant of ‘Bruttiboni’ or ‘Mandorlati di San Clemente’ is known, made with only sweet and bitter almonds and flavoured with lemon peel.

History and origin of this delicacy

The origin of these pastries is disputed between two regions: Piedmont and Lombardy. The most widespread theory is that they were born in 1878 in Gavirate, in the province of Varese, in the old confectionery shop of Costantino Veniani. Costantino obtained a sort of patent for this recipe at the time, the certificate of ‘industrial patent’ from the Ministry of Agriculture, Industry and Commerce of the Kingdom of Italy. Costantino made his own recipe book and wrote down all the instructions for making biscuits in a small notebook. He also received many awards and medals for his sweets. Giuseppe Verdi, who was a great admirer of brutti ma buoni, as well as Giosuè Carducci and Queen Elena of Savoy, were among the patrons of the pastry shop. Some people believe, however, that these sweets originated in the town of Borgomanero, in the province of Novara.

Some variants from all over Italy

In 2008, an old recipe book from a Milanese pastry shop was found in an antique book market, which contains a variation of brutti ma buoni with cinnamon. There are many variations throughout Italy: with the addition of almonds, pistachios, pine nuts or other dried fruit, with chocolate drops, coconut or different flavourings. In Sicily, there are sweets called brutti ma buoni, but they are made from the leftovers of other sweets and then glazed.

How to prepare Brutti ma buoni? Let’s discover it together!

First, whisk the egg whites and sugar together. Then add the toasted hazelnuts in grains and the vanilla. Put the mixture obtained in a saucepan over low heat, stirring until it comes to the boil. Then, prepare some irregularly shaped mounds of the mixture on a baking paper and bake in the oven at 160° (preheated) for about 20 minutes. Enjoy this amazing biscuits!