Drunk cheese, a perfect combination of wine and milk 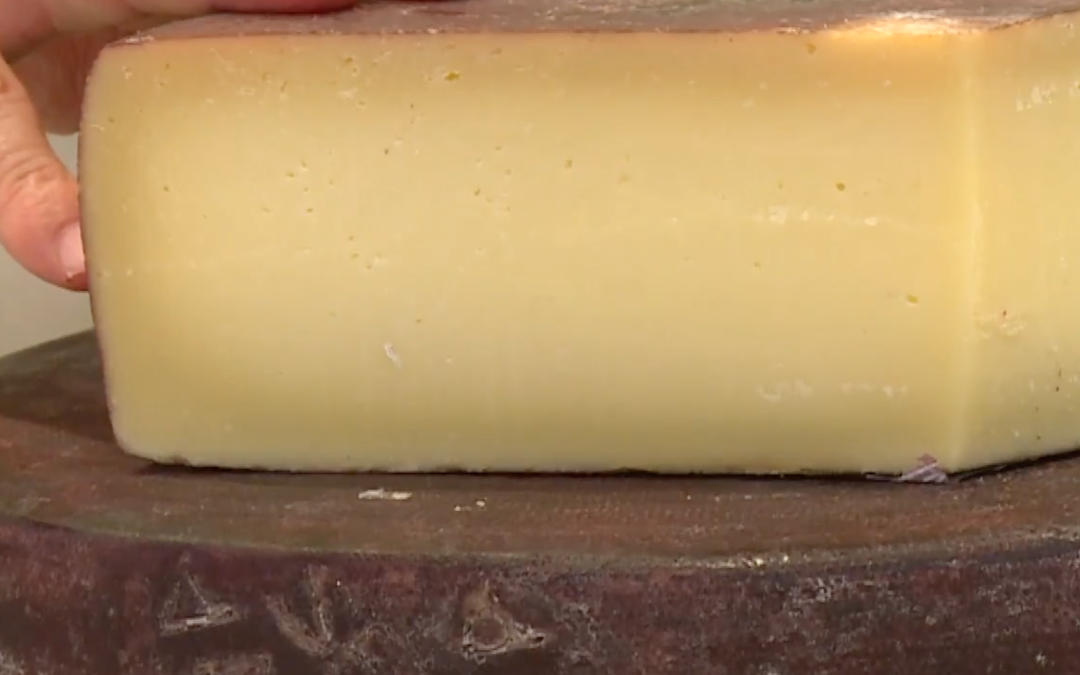 A very special kind of cheese

A drunk cheese is a type of cheese with a strong and aromatic flavour, sweetly spicy and with a unique grape aftertaste. Immediately recognizable for its dark red crust, made smooth by the time spent in the wine. The colour of the cheese paste becomes lighter, pale yellow or almost white.

A bit of history: how to make a virtue of necessity

The origins of this special cheese are uncertain. Some say that the technique was invented during the First World War by the inhabitants of Treviso, after the battle of Caporetto. To protect the cheeses from the raids of Austro-Hungarian soldiers, the peasants started hiding them under the grape pomace used for winemaking. After the threat, the inhabitants took them out and noticed their particular flavour. Others say that pomace was used to soften the crust of cheeses when the oil became too expensive for cheesemakers in times of war. Both hypotheses tell us that this technique has its origins in the Italian regions Friuli Venezia Giulia and Veneto (in the eastern part).

Cheese are usually “drunken” for at least 60 days up to 24 months. The better the quality of the cheese and its intactness (there can’t be mold, cracks or bulges on it), the more successful will be the process. The technique involves immersing the cheese wheels in tubs of fresh pomace that has just been drawn off but not pressed, which are therefore still soft. The duration of the immersion varies from 8 to 10 days for mature cheeses, while around 30 days for aged ones. Once extracted they are clean and let dry well, then they are left to mature for another 20 or 25 days before tasting them. The crust takes on a yellow pale colour if the grape pomace used are from white grape, or a dark intense purple if they are from red grape. The type of cheese usually used are the DOP Asiago Pressato and d’Allevo or the Montasio, more suitable for this process since they are semi-cooked.

The drunken cheese is made during fall, when the pomace is fresh and rich in substances useful for aging, and then sold from December. You can eat it or offer it as a snack during aperitifs or use it as an ingredient for first or second courses. You will surprise your guests and give a very special taste to your dishes!