Cassoeula, the history of an ancient Lombard tradition 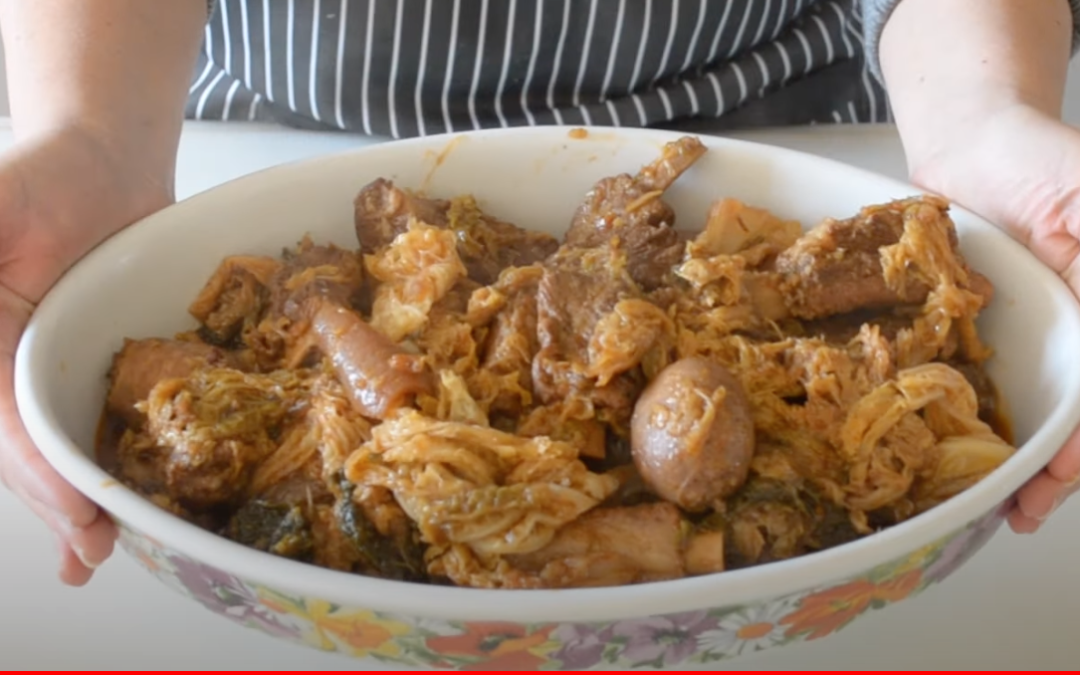 From poor origins to queen of Sundays, not to be missed during your next trip to Milan

Here is a truly special dish, born of the peasant tradition of seasoning savoy cabbage with the less noble cuts of pork. Typically eaten on Sundays, accompanied by polenta, it has enriched Lombard tables for generations, becoming one of the must-haves of grandmother’s regional cuisine.

A poor dish rich in flavour

As we said, Cassoeula has poor origins. The first reference to this dish dates back to the beginning of the 20th century. Probably, the dish derives from the rituality of the popular cult of Saint Anthony the Abbot, celebrated on January 17, a date which marked the end of the period of pig slaughtering. While the prized cuts of meat ended up on the tables of rich merchants and nobles, the peasants were content with the less coveted parts of the pig. The name probably comes from the spoon with which it is stirred (cassoeu) or the pot with which it is prepared (casserole).

The old and the new version

Back in time, Cassoeula was prepared with the scraps of the pig, such as the tail, the snout and the ears. Since some decades instead the recipe has been modified following the birth of the middle class and the elevation of the peasant and working class. In fact, instead of scraps, today are used sausages, pork rind and pork ribs, which ensure a great quantity of calories but also of taste. The best time to prepare Cassoeula is between late fall and winter, when frost-frozen cabbage is easier to cook because it is more tender and sweet.

Prepare cassoela at home with this recipe

Cut celery, carrots and tomatoes into small pieces, then fry the chopped shallot in extra virgin olive oil in a casserole, add the pork ribs and white wine. Add chopped vegetables, cover with vegetable broth and salt, allowing to cook for about an hour, adding a ladle of broth from time to time whenever the sauce dries up. In the meantime clean the savoy cabbage, remove the ridge and break each leaf with your hands into about four pieces: the savoy cabbage will be added to the casserole at the end of the hour of cooking and leaving it to cook for another half an hour, always adding, when needed, broth. In another saucepan boil the cabbage sausages in water for 15 minutes, then after half an hour from when the cabbage was added, put the cabbage sausages in the saucepan, add a grind of pepper and check if the salt is right. Let it cook for 10 more minutes and, at the end, sprinkle lightly with white wine vinegar, then serve hot on the table. Don’t forget to prepare some polenta as side dish! Enjoy!