All types of Italian mozzarella (and there are many) 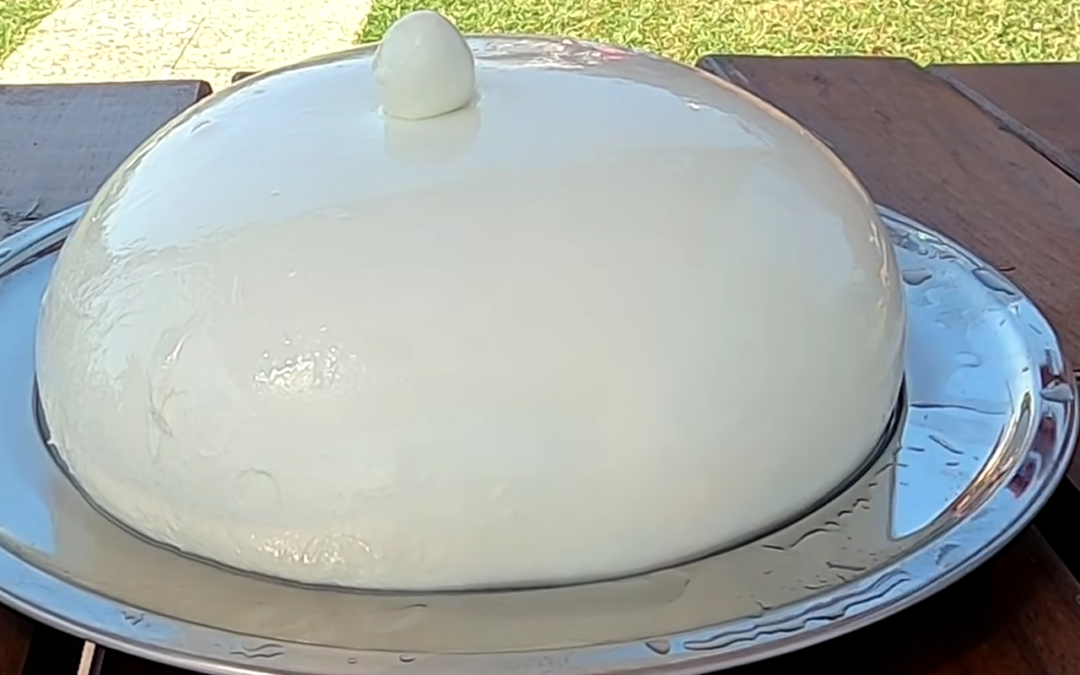 Are you ready to discover how many types of mozzarella exist in Italy?

To begin with, let’s say mozzarella is a creation of southern Italy and it owes its name to the operation of “mozzatura” (divide/cut) done in order to separate the cheese dough into single pieces. Mozzarella is mainly produced in the typical round shape, however, because of its spreading, it has become available in many shapes and tastes. Let’s discover some types of mozzarella on the market.

Let’s stop for a moment to talk about the origins of mozzarella. Who was the first to process milk in this way? Who experimented with the mozzatura of dough? According to a version, this magnificent cheese was born because of the need to transform milk in bad conditions of preservation. Through hot spinning, in fact, acidity would be reduced.

It is said the first mozzarella was born in Lucania (Basilicata), it was even mentioned by Pliny the Elder, about 2000 years ago. But it was the Benedictine monks around the twelfth century to have started the process of mozzatura and in fact used to offer a piece of “mozza” on the occasion of some religious feasts. The full name of “mozzarella” however appears only in the 16th century (1570) in the cookbook of Bartolomeo Scappi, in the list of cheeses commonly served in the papal table.

The various types of mozzarella

Here we come to the initial question: how many types of mozzarella are there?

Mozzarella di bufala campana (Campania’s buffalo mozzarella). It is the one which obtained the European PDO qualification, it must be made only with buffaloes’ milk from specific areas of Campania and lower Latium and, besides this denomination, it has a buffalo head as a symbol on the label.

Mozzarella di latte di bufala (Buffalo’s milk mozzarella). It is made from buffaloes milk not from Campania or Latium, but the denomination always indicates it is made with buffalo milk only.

Mozzarella con latte di bufala (Mozzarella with buffalo milk). It is a mixture of cow and buffalo milk, and if it is labeled “with buffalo milk”, it must indicate the percentage. If it does not, in order to know the type of milk used, it is necessary to see which one is mentioned first in the list of ingredients.

Mozzarella tradizionale (Traditional Mozzarella). It is the one which has obtained the certificate of specificity from the European Union and it is recognizable by the writing “Traditional Specialty Guaranteed”. It is made only with cow’s milk, but it gives the consumer the guarantee that it is an Italian product, obtained from fresh milk and processed according to the traditional methods provided for by a specification.

Mozzarella o Fiordilatte. It can have any of the two names, it is made with cow’s milk and it can also be in the “lean” version (fat content not higher than 20 percent of dry matter) and “light” (fat content between 20 percent and 35 percent). Fiordilatte is the kind of mozzarella used on pizza, especially on Neapolitan pizza.

Different shapes such as round, braid, cherry, figliata, rolls, zizzona, and different flavors such as natural, smoked or with butter.. you can surely find the perfect one for you!

Let’s not forget the evolution of mozzarella: burrata and stracciatella are part of the mozzarella family but at the nth power. A bag of spun paste which contains inside the stracciatella, aesthetically a burrata is very similar to a bag most of the times closed with a ribbon. The stracciatella, or the contents of the burrata, is made of mozzarella strips mixed with fresh cream.

Now that you know this incredible cheese more intimately, which version will you try? Surely, whichever you choose, you’ll fall in love with it.