The “true” story of Tiramisu, the iconic Italian dessert (and where to find a good one in Berlin) 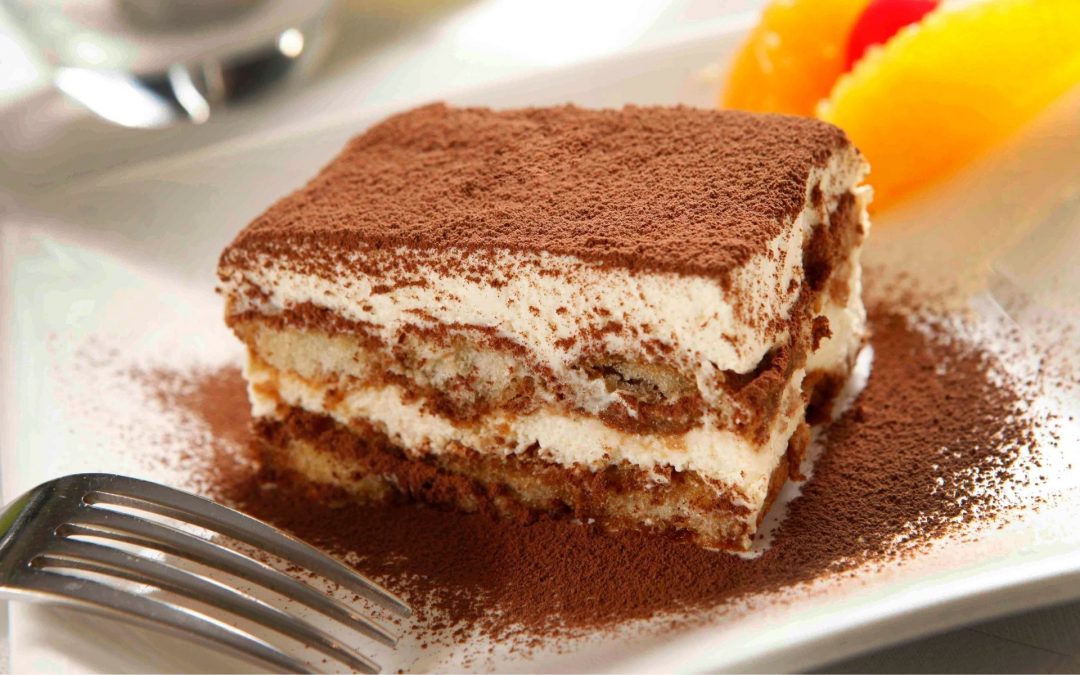 It’s famous, loved and imitated all over the world. Tiramisu is a real superstar, but perhaps not everyone knows the origins of this delicious Italian dessert. Also, the reason for its rather peculiar name, which literally translates as lift me up is rather interesting.
Here is everything you need to know about one of the milestones of the Italian confectionery tradition. As always happens with traditional dishes, establishing a place and an exact date of birth is not an easy task. Tiramisu makes no exception, in fact there are several theories that would testify its true origin as well. To begin with there are two regions that contend for the authorship of this delicacy. According to some, it was born in Friuli-Venezia Giulia, invented by the chef Mario Cosolo, in honour of King Vittorio Emanuele in 1938.

When and where Tiramisu was born

The most accredited version, however, says that Tiramisu is from Treviso, in Veneto region. Apparently it’s also younger, since it probably dates back to the 1950s only. In this case as well, there are several stories that would explain the “true origins” of Tiramisu, including a sort of urban legend according to which the dessert was created by the maitresse of a pleasure house to give strength to the customers.

According to others, however, the dessert as we know it today, would be nothing more than the natural evolution of some local recipes. One of its most famous forefathers is supposed to be the “porcupine”. This sweet is so called because it’s studded with pine nuts mimicing the animal’s stings. The most loved origin story tells of the young owner of a restaurant who had to recover her strength after giving birth. To help her, her mother-in-law often prepared a rich eggnog. Once back to work, it was the new mother herself the one who enriched the preparation, helped by some expert pastry chefs. In its modern version, tiramisu is made not only with sugar and eggs, but also with coffee, mascarpone, bitter cocoa and the typical ladyfingers biscuits.

Anyway there are many, experts or amateurs, who have tried their hand at perfecting the recipe. Some of them enjoy creating the most imaginative variations, although the classic one remains the most appreciated. In its young life, Tiramisu managed to spread so quickly that it’s generally recognized as Italian in general, rather than as a regional speciality. There is also an “anniversary” dedicated to it, which is celebrated in Italy on March 21st. The people of Treviso, however, are still very proud of its creation, so much so that they have selected a special day of their own. The Treviso Tiramisu Day is celebrated on 3 October, while in the rest of Italy it’s on 21 March. In both cases it’s the perfect chance to fully enjoy Tiramisu, with contests, demonstrations, tastings and so on.

Where to find a good tiramisu in Berlin

Prometeo at Schöneberg, Centopassi at Friedrichshain and Cuore di Vetro in Mitte are all excellent choices if you want to taste some real Tiramisu.

Feeling hungry yet? In Berlin you can have 100% Italian Tiramisu also at the Italian Street Food Festival which takes place on Saturday 18th and Sunday 19th of June. Join the fun at Club OST between Treptower Park and Ostkreuz, from h 11 to 22. An event not to be missed, with several stands of excellent, top quality food for every taste.