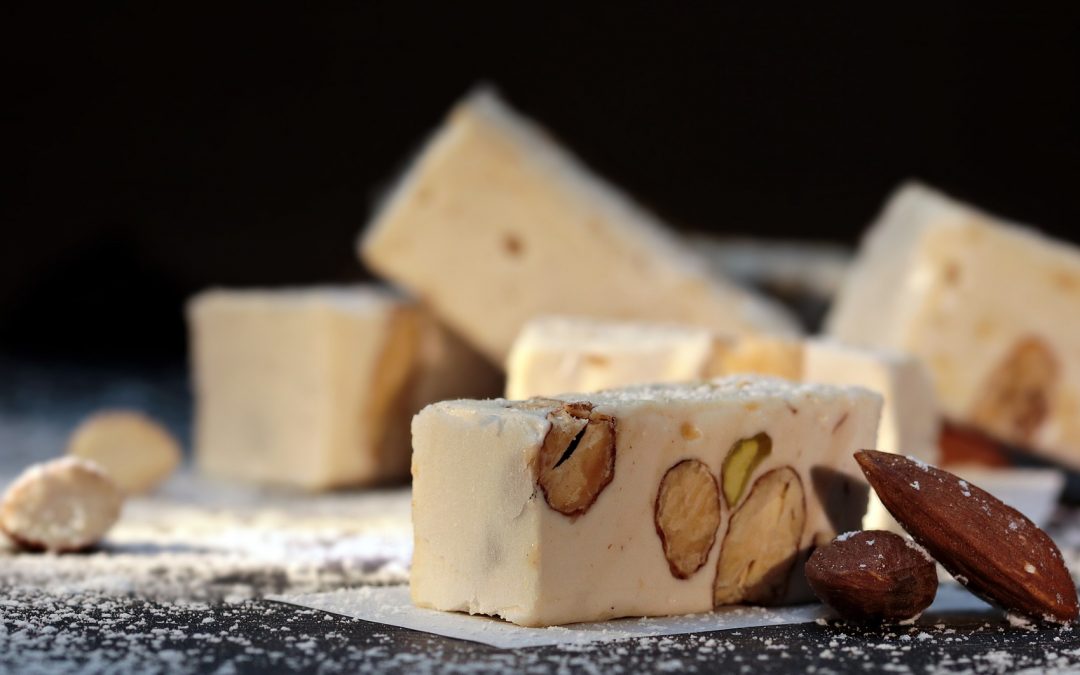 Read this article also in Italian and German.

Torrone is an ancient Mediterranean nougat confection; its origins are partially unknown, however, there are several legends that revolve around it. It seems that the name Torrone draws its origins from the Latin torrēre meaning to toast in reference to the roasted nuts in the nougat itself. A second hypothesis gives the paternity of this treat to the Al-Andalus Muslims, who brought it to Spain and Southern Italy. Torrone or Turrón, indeed, is a traditional Spanish treat too.

But what is exactly Torrone made of? Some would say, “such stuff, as dreams are made of”, but actually honey, egg white, and toasted almonds covered with two layers of wafer. These are the traditional ingredients, however, since there are numerous versions of it, there can also be hazelnuts, pistachios, and walnuts.

Have you ever heard of the Torrone di Cremona? The legend tells that in the Renaissance at the court of Francesco Sforza, first duke of Milan of the Sforza dynasty, in the occasion of the ceremony for his wedding with Bianca Maria Visconti, the first ever traditional Italian Torrone was created. The chefs wanted to create a special dessert for the nobles, made with honey, almonds, and tower-shaped.

Torrone is so rooted in the culinary tradition of Cremona that every year a Festival takes place in Cremona to celebrate it.

Purists will consider this version as heresy, but it is actually extremely tasty: Torrone Piemontese has a unique flavor because instead of almonds it contains Piemonte Hazelnuts IGP. That is why it differs from the traditional torrone.

It was “discovered” in the XIX century supposedly in Grinzane Cavour by Giuseppe Sebaste who after several experiments decided to add hazelnuts to the dough and then the magic happened!

It does not matter how you like it, traditional or with chocolate, with almonds or hazelnuts, Torrone is one of those treats that brings the family together at Christmas.

Cover picture of NoName_13 on Pixabay.