A new challenge for January 2023: go green and taste Veganuary! 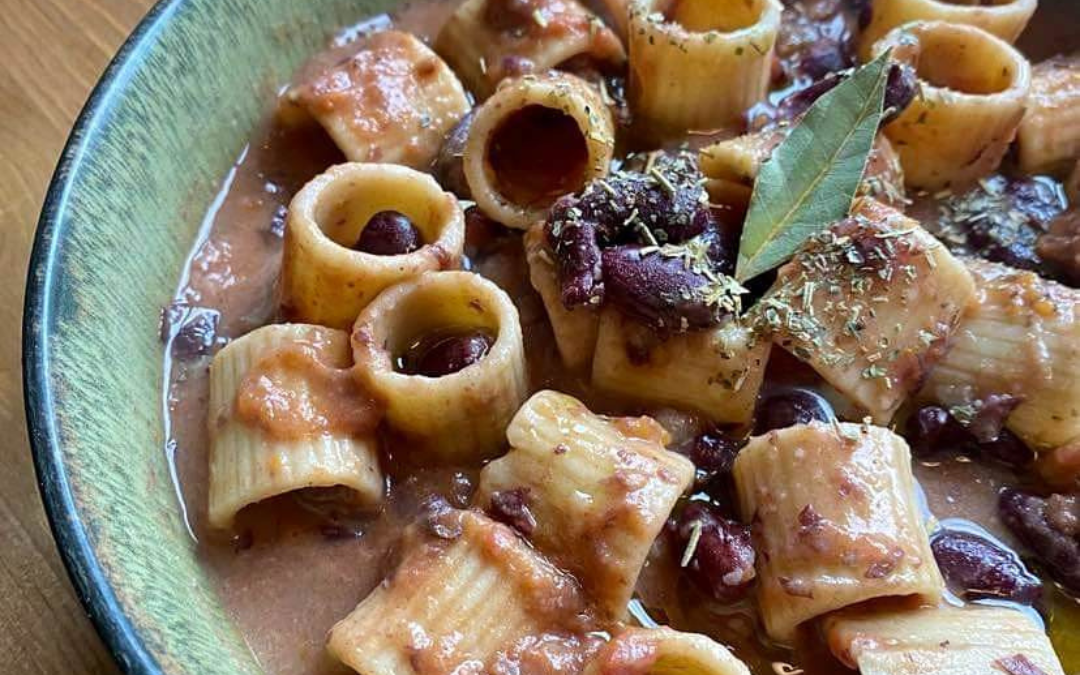 The New Year kicks off with a long list of resolutions, that after several postponements one would finally like to start! Is one of yours doing something good for the environment? Then you should be aware of VEGANUARY!

Since 2014, more and more people have decided to venture into the green community, joining the so-called Veganuary, an initiative promoting a plant-based lifestyle, inviting thousands of people around the world to challenge themselves and live the entire month of January as vegans. This means the elimination of any food of animal origin or derivative and the attempt to pursue an entirely natural and ecological approach to life.

Are you one of those who can easily follow a Vegan diet and lifestyle, or do you struggle to renounce to your comfort food and way of living? If the second group is the one you feel you belong to, keep on reading this article because we will show you some very tasty Italian traditional recipes that you probably didn’t know were 100% plant-based: you don’t need to give up taste to try to become a little more vegan friendly and sustainable!

It is composed of a few simple ingredients: black cabbage, stale bread (not containing butter or lard), beans and wild thyme. The name of the dish, literally ‘boiled again’, shows just how it is prepared: it is boiled once or more before being served.

If you are not a fan of vegetables and are looking for a tasty way to eat them, this recipe is for you!

Caponata is a Sicilian dish of mostly fried vegetables, including aubergines, onions, tomatoes and celery, covered with tomato sauce and olives and cooked together with sugar and vinegar, which give it a unique sweet and sour taste.

Originating in the Middle Ages, it is prepared with artisanal durum wheat pasta, turnip greens, i.e., a typical southern Italian vegetable, garlic, breadcrumbs, and chili pepper (the full recipe also includes anchovies, but these can be omitted in the vegan version).

Do you have stale bread at home but don’t want to throw it away?

Then this is the right excuse to prepare this dish! It is a Tuscan recipe often cooked by poor people with leftovers: stale bread, soaked in water and vinegar, olive oil and garden vegetables, usually tomatoes, onions and cucumbers. It is easy to prepare and a great fresh meal!

This is a traditionally Ligurian street food dish, with a legendary origin dating back to the ancient Greeks or, according to others, the Romans.

It is a humble recipe based on chickpea flour, olive oil, salt and water. It is often found in “pizzerias by the slice” and is perfect for a quick snack!

Here is a perfect autumn pastry for those who love chestnuts! It is a poor peasant dish made with chestnut flour, sultanas, pine nuts and rosemary.

A curious legend tells that maidens used to bring the cake to the boys they wanted to marry, as the rosemary leaves inside would magically make them fall in love.

And now a perfect dinner-saving recipe: a pasta that is as tasty as easy to prepare!

These spaghetti were born in Southern Italy but are now widespread throughout the country. They are simply flavored, as the name suggests, with olive oil, garlic, chili pepper and chopped parsley.

Have you ever listened to the famous Italian singer Rita Pavone?

If not yet, go and listen to the funny song she wrote about this dish: ‘W la pappa con il pomodoro’! This meal is humble and simple, but also delicious, indeed it can be found in many Italian restaurants. It is prepared by cooking tomato pulp, bread, garlic, basil, oil, salt, and pepper.

And now we are back in the heart of Sicily, in the small town of Raffadali, where we find this cream of dried shelled broad beans, cooked with onion and flavored with fennel.

The dish is so popular today that it is even featured in funny Sicilian proverbs, such as ‘Cogghiri l’ogghiu supra ‘u maccu’, i.e., ‘collect the oil on the macco’, to indicate a stingy person.

Thanks to these recipes we have explored many Italian regions, and we would like to conclude with a vegan plate that unites them all; it is cooked in different variations, but never disappoints!

Pasta e fagioli is prepared by adding the beans directly to the sautéed vegetables along with the pasta, then garlic, tomato paste, bay leaf and broth. It is a mouth-watering dish that will definitely leave you with a full belly!

This is the first dish we prepared to join the Veganuary… What will be yours?