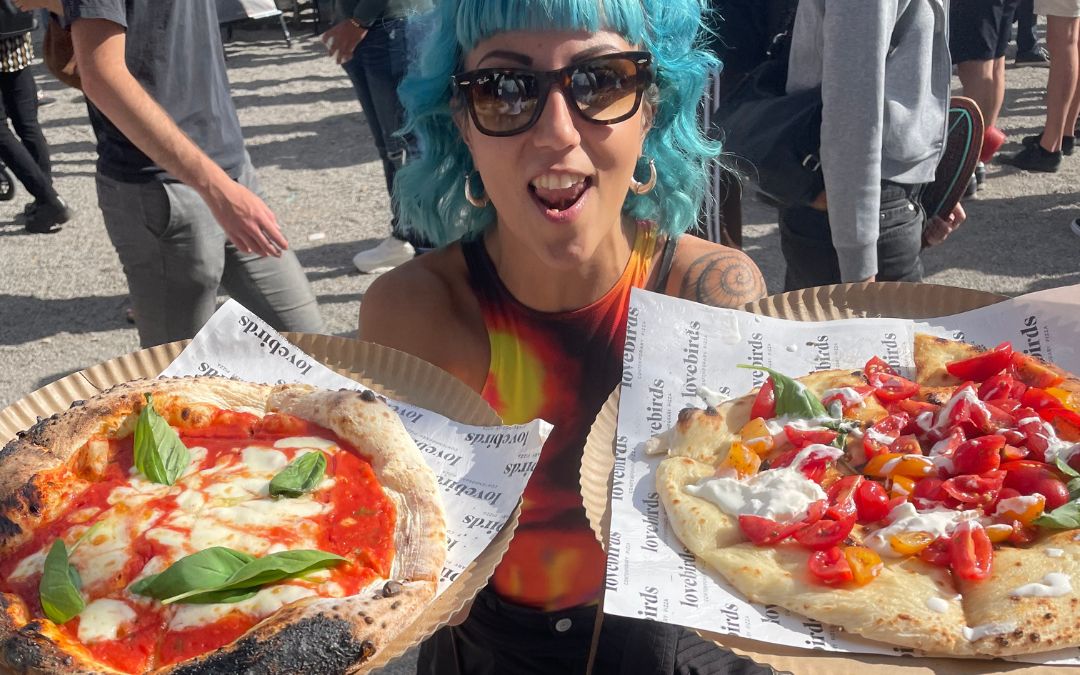 Do you know which is your favorite type of pizza? If it is still unclear to you, let’s find it out together!

Getting into the heart of a tradition… let’s discover why our beloved pizza, one of the world’s favorite food, a UNESCO Intangible Heritage of Humanity, is being celebrated today!

The reason is related to religious faith, indeed, on January 17th, Italy commemorates St. Anthony Abbot, the patron saint of bakers and pizza makers (pizzaioli). Traditionally, families with a bakery or pizzeria during this occasion would close their business to make a huge fire to celebrated the saint.

But now, back to us. We suppose that everybody knows all the pizza’s ingredients… but do you really know the various and special ways in which it is prepared in different parts of Italy? To take you through this special day and make you discover new delicacies, here are 10 TYPES OF PIZZA with different baking, shapes, doughs, and flavors that you can enjoy and experience as you travel around Italy: Buon Appetito!

Here is the quintessential classic Italian pizza! Already in the 16th century (but probably even earlier) there was a kind of “focaccia” in Naples, which was initially a street dish of poor origins but very successful, that soon became loved even by the richer people.

Neapolitan pizza is characterized by a high thickness, a soft interior, a fluffy crust (cornicione), and a dough without oil or lard.

It is characterized by flattened and crumbly edges, thinner and crunchier dough, and longer baking. Moreover, it is usually baked in a shovel (the famous pizza alla pala).
Anyway…want some advice? Be careful who you talk to if you are speaking about your preference between Roman and Neapolitan pizza! There is a big debate between them about the origin of pizza, and it’s better not to upset anybody!

If you don’t want to miss out a tasty pizza but you have just started your diet, don’t worry, you can try the pinsa!

It is a pizza made with a mix of different flours and more water, which makes it lighter and lighter in calories. The recipe was already prepared in the ancient Rome. Its name comes from the Latin word “pinsère”, meaning “to stretch”, and it is reminiscent of its elongated shape.

Sometimes instead you just want to overdo for once and don’t thik about the calories, then montanara is perfect for you! It is a type of Neapolitan fried pizza, usually served with tomato sauce, parmesan cheese and basil leaf on top but can also be seasoned as desired.

Little tip: If you stop by Naples, you must try the montanara from Pizzeria Donna Sophia, dedicated to the wonderful actress Sophia Loren!

When you are in a hurry and have only a few pennies in your pocket, the solution for you is pizza a portafoglio (“wallet pizza”): a typical Neapolitan street food, which consists of a medium-sized pizza, closed on itself on both sides. This is why it actually takes the shape of a wallet and is easily held in hands.

Here’s another great snack you can easily find on the street of Neapel: the panuozzo!

It is a sort of panino made with the same dough as pizza, wheat flour and fresh brewer’s yeast, and baked in a wood-fired oven. There are various flavors, from the more traditional to the most modern and particular ones, but you can also stuff it as you like, the choice is yours!

Are you a lover of traditional family recipes? Then read on!

Sfincione is a type of traditional Sicilian pizza that has been passed down from generation to generation, so much so that it has been included in the list of Traditional Agri-food Products (PAT). It has a very high and soft dough, and is topped with tomato sauce, anchovies, caciocavallo cheese, onion sauce, breadcrumbs, and oregano.

For a slice of pizza al volo (on the fly) in Italy you will find everywhere the unmissable pizzerias al taglio. Endless counters displaying various pizze al trancio. They are usually in the shape of long rectangles and have the most varied flavors, with each pizzaiolo offering his own specialties: enjoy the most extravagant!

Some might take this as an affront to Italian cuisine, but just know that a kind of pizza from traditional cuisine can surprisingly also be baked in a pan!
This pizza is prepared in a small iron or aluminum pan and features a double rise. With this particular baking, the dough remains crunchy on the base but soft on the inside.

And to end on a good note, here is one of the most fascinating and tasty dishes of the southern Italian culinary tradition!
The calzone is a pizza baked in the oven, closed completely in the shape of a stocking or half-moon, and abundantly stuffed inside.

The classic filling is simply tomato sauce and mozzarella cheese, like the classic Margherita pizza, but today there are so many delicious versions…. if you have never tried it, taste it as soon as possible because you don’t know what you’re missing!

And now are you ready to enjoy World Pizza Day to the fullest, savoring a new kind of pizza or the one that inspires you the most?

Hurry up and delight in every single bite!