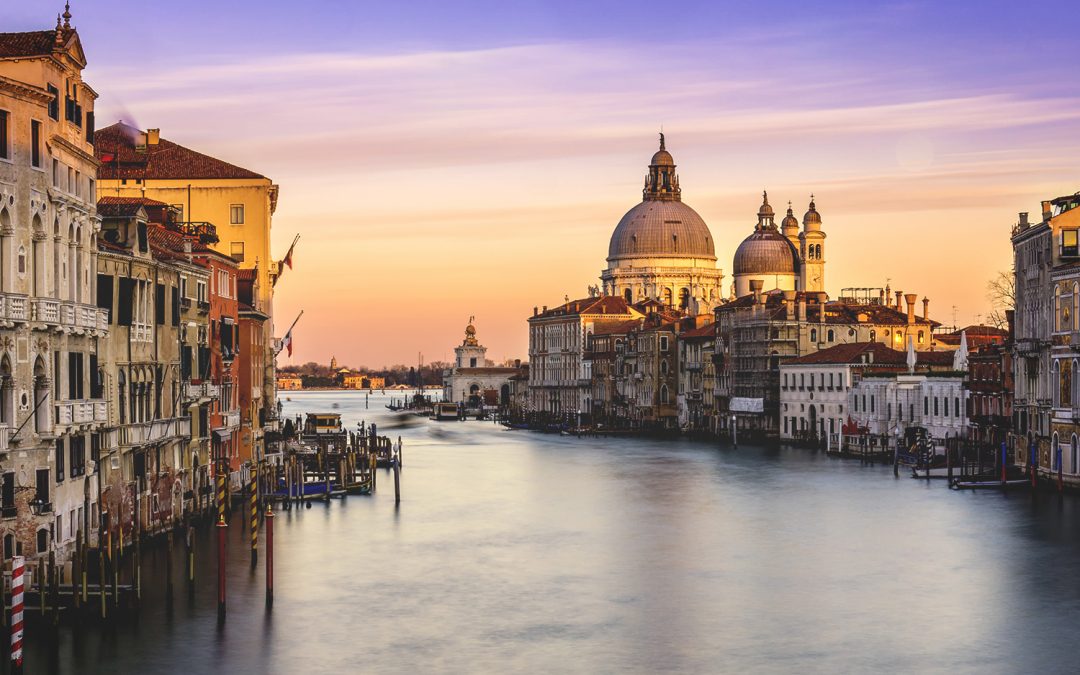 Who doesn’t know Venice? Everyone must go there at least once in their lifetime.
Venice is an open-air historical monument which captivates with its landscapes and sunsets, as well as its architecture, calli (the city’s distinctive narrow streets), and canals. Venice should be visited not only to admire its particular beauty, but also to discover its food and wine tradition.

Walking through the city’s sestieri (the six areas into which Venice is divided), one encounters a traditional trattoria or restaurant every metre. But the real stars on the social and culinary scene are the bàcari, or local osterias, places steeped in history where you go to sip a glass of wine or sample the local spritz alongside some cicchetti, tasty finger food.

Read this article also in German and Italian.

The cicchetto and the ombra de vin — Venetian dialect for ‘a little glass of wine’ — are the forerunners of the modern Italian aperitivo. Supposedly named after the wine sellers of the time, the bacari were in fact (and still are) a place for Venetians and travellers to meet and chat over an ombra de vin accompanied by cicchetti. Cicchetti form part of the city’s gastronomic culture. They are small, tasty nibbles made from local and seasonal products. There are numerous recipes for cicchetti, ranging from toasts with baccalà mantecato (creamed cod), to mozzarella in carrozza (a fried mozzarella cheese sandwich) with anchovy or ham, to cuttlefish with polenta and calamari. Each bacaro delights in coming up with their own speciality for strictly pairing with un’ombra di vino. The use of this singular expression also derives from a historical tradition. It was in fact customary for wine merchants to move their stands to follow the shadow (ombra) of the bell tower in the Piazza San Marco, so as to keep the wine fresh. Over the years, the bacari have transformed from simple meeting places into true osterias, but they have never strayed from their tradition of offering all who enter a glass of wine alongside a delicious local nibble. The list of the historic and fascinating places which have become must-see destinations for every visitor is long. Cuciniamo Italy has posted about some of them, including the Ciccheria venexiana da Luca e Fred, the Cantina Do Spada, and the Osteria dai Zemei.

This recipe is a classic expression of the Venetian culinary tradition and can be either served as a complete meal or offered as tasty finger food for an aperitivo at home with friends.
Baccalà with polenta toasts is also a typical cicchetto that Venetian osterias offer alongside a nice glass of wine.
Our instructions for this dish are not complicated on Cuciniamo Italy, where we offer procedures and simple tricks from chef Danilo Angè to help your dish come out perfectly. Follow his recipe and delight your friends and family with the flavours of the Venetian Lagoon at home!